The Boston Symphony Orchestra wound up its four-concert Beethoven symphony cycle with this performance, featuring the Eighth and Ninth symphonies. The cycle was supposed to be the highpoint of James Levine’s directorship this season. But that was before unanticipated back surgery forced him to withdraw. For this final installment, Lorin Maazel was once again on the Symphony Hall podium. (A week earlier he had stepped in for the ‘Pastoral’ and Seventh symphonies.)

Beethoven’s Eighth and ‘Choral’ symphonies made a highly interesting pairing. Although they are numerically adjacent, the works were written a decade apart. Beethoven finished the Eighth in 1812 and waited until 1822 to begin concentrated work on the Ninth. The two pieces are strikingly different. The Eighth is a lighthearted salute to tradition: short, genial, brimming with Haydnesque wit. The iconic Ninth is forward-looking: vast, dense and unprecedentedly ambitious in its cosmic vision.

Symphony Hall was sold out for this performance, as it had been for every other performance in the two-week cycle, and the packed house welcomed Maazel with enthusiastic and extended applause. The maestro went on to lead a swift-footed, unsentimental reading of the ebullient Eighth. Maazel conducted with his customary confidence, drawing brisk tempos, crisp attacks and vigorous contrasts in dynamics from the players. The horns and clarinets offered vital and spirited playing in the Minuet, and the precision of Timothy Genis’s timpani was especially notable in the finale.

Beethoven’s Ninth is very familiar to BSO players. Performing the symphony at the end of each Tanglewood season has become a tradition (this August it was conducted by Michael Tilson Thomas). For this performance, Maazel brought abundant energy and conviction, and the orchestra responded with a vigorous performance full of bite and intensity. Overall, Maazel conveyed exuberance and created a palpable sense of anticipation, the audience drawn in by exquisite woodwind playing and the tonal beauty of the BSO strings, most notably in the Adagio and the finale. 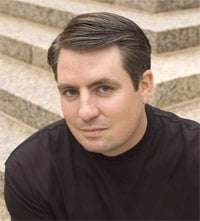 The vocal soloists made a fine, characterful quartet, in which the vibrant tenor Matthew Polenzani was particularly impressive. And the 130-member Tanglewood Festival Chorus delivered a stirring, perfectly-focused performance. The superb choral work and solo singing along with the glorious playing of the orchestra brought an appropriate feeling of climax to both this performance and the BSO’s Beethoven cycle. The performance received a rousing, foot-stamping ovation, some of the loudest cheers reserved for the chorus.