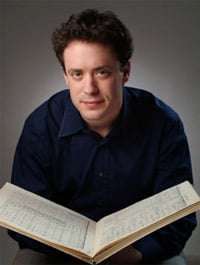 Gennadi Rozhdestvensky was originally scheduled to lead the four-concert run of this program, but the distinguished Russian maestro abruptly pulled out of the series before the November 20 first performance because, according to the Boston Globe, he was angered at the way the BSO had marketed his appearances. Never having had the opportunity to experience Rozhdestvensky conducting live, I had been especially excited about the prospect of hearing him lead the BSO in a program that included Tchaikovsky, one of his specialities.

My letdown was somewhat appeased by the announcement that Julian Kuerti, the 31-year-old BSO assistant conductor appointed by James Levine in February 2007, would step in as a replacement. Now in his second season with the BSO, Kuerti made his BSO debut last March leading music by Knussen, Dvořák and Beethoven, and in July he replaced the ailing James Levine at Tanglewood in a program of Haydn, Bach, Mozart and Schubert. I was eager to see how he would handle this long, demanding program. I am delighted to report that Kuerti made the most of the opportunity and delivered a splendid concert.

Brahms’s Handel Variations, originally for piano, opened the program, 25 Variations and a concluding Fugue based on a theme from Handel’s Harpsichord Suite in B flat, was orchestrated by the English composer Edmund Rubbra in 1938. Kuerti conducted the piece with brio and the orchestra responded with a dazzling vibrancy, the Variations each distinctly characterized and increasingly intense, building-up to the long climactic Fugue. 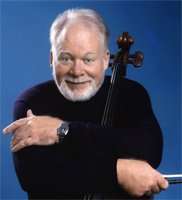 Lynn Harrell delivered a deeply moving account of Elgar’s Cello Concerto, balancing vigor with an inner intensity that drew the audience in and kept its rapt attention. His expansively lyrical playing in the slow movement was especially compelling, the preceding scherzo was appropriately sparkling and animated, and the finale memorable for the ardor of the slow epilogue. Kuerti proved a respectful and sensitive collaborator, drawing elegant support from the BSO. During the standing ovation that followed, Harrell hugged the young conductor warmly and enthusiastically applauded the orchestra.

Tchaikovsky’s musical setting of Byron’s dramatic poem “Manfred” about a self-tortured hero who wanders the Alps seeking redemption is a massive four-movement work. Kuerti’s navigation of this rarely explored musical terrain was admirable. The romantic power of Tchaikovsky’s music and the dramatic power of the narrative were convincingly conveyed. The Astarte theme in the first movement was warmly molded, and the ‘Alpine Fairy’ scherzo was alluringly witty and fanciful. The oboe solo at the beginning of the pastoral third movement was played with tender eloquence. The organist’s contribution in the finale was especially dramatic, with Symphony Hall’s huge instrument making a huge impact.