Mozart
Symphony No.29 in A, K201
Berg
Chamber Concerto for piano and violin with thirteen wind instruments
Brahms
Serenade No.2 in A, Op.16

This unusual program, scheduled for one of the Boston Symphony Orchestra’s “chamber orchestra weeks”, brought together three small-orchestra works by composers for whose music James Levine has strong affection and affinity. At the concert’s heart was Berg’s Chamber Concerto. 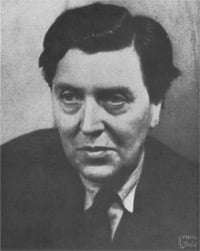 Written for only fifteen instruments, Berg’s vibrant piece is nevertheless an ambitious and elusive work. In addition to solo piano and violin, thirteen wind instruments are called for: flute, piccolo, oboe, English horn, E flat clarinet, clarinet in A, bass clarinet, bassoon, contrabassoon, trumpet, two horns and trombone. In composing for this unusual combination of instruments, Berg set himself an enormous and formidable task.

He began writing Chamber Concerto (Kammerkonzert) in 1923, immediately after completing “Wozzeck”, which deployed his first fully-developed use of the twelve-tone technique developed by his teacher Schoenberg. In contrast to the score of “Wozzeck”, which exhibits relatively few of his mentor’s ideas, the Chamber Concerto – dedicated to Schoenberg as a fiftieth-birthday present – is very Schoenbergian. In a note praising the concerto as “one of the most amazing pieces ever imagined”, Levine, who says he has performed all of Berg’s music frequently, confesses that for him the piece remains “the single most difficult nut to crack.”

Chamber Concerto is laid out in three movements, played without pause. The first is a scherzo-like variation movement featuring the piano, the second a full-scale Adagio highlighting the violin. After an extended cadenza for both soloists, the rondo-finale brings them together. The work is filled with personal references and abstract hints, and much of its complicated structure, with all its varied formal and thematic symmetries, is not readily apparent to the listener. 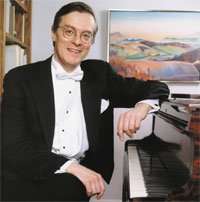 Levine led a spontaneous yet carefully registered performance of this rigorous and challenging work. Always receptive to Berg’s harmonic language, he kept the wind-instrument textures strikingly clear and well-balanced. Peter Serkin was right on the interpretative mark in his exuberant rendering of the piano writing. Isabelle Faust, in her BSO debut, was a vibrant presence in the violin part, fulfilling the technical demands with color, nuance and highly focused technique.

The Berg contrasted strikingly with the more familiar and accessible soundworlds that opened and closed the evening. A characterful reading of Mozart’s delightful Symphony No.29 was first up. In keeping with the week’s chamber-orchestra theme, it requires ‘just’ two oboes, two horns and strings. The reduced-orchestra’s playing was positively invigorating, especially in the Menuetto and final Allegro con spirito, both of which Levine took faster than usual.

Brahms’s dark-hued Serenade No.2 closed the program. Scored for a small orchestra without violins, it provided an opportunity for the BSO’s viola section to shine, especially in the Adagio, the expressive high-point of the work. Levine conducted a genial, transparently textured account in which his sympathetic direction was matched by the players’ response.