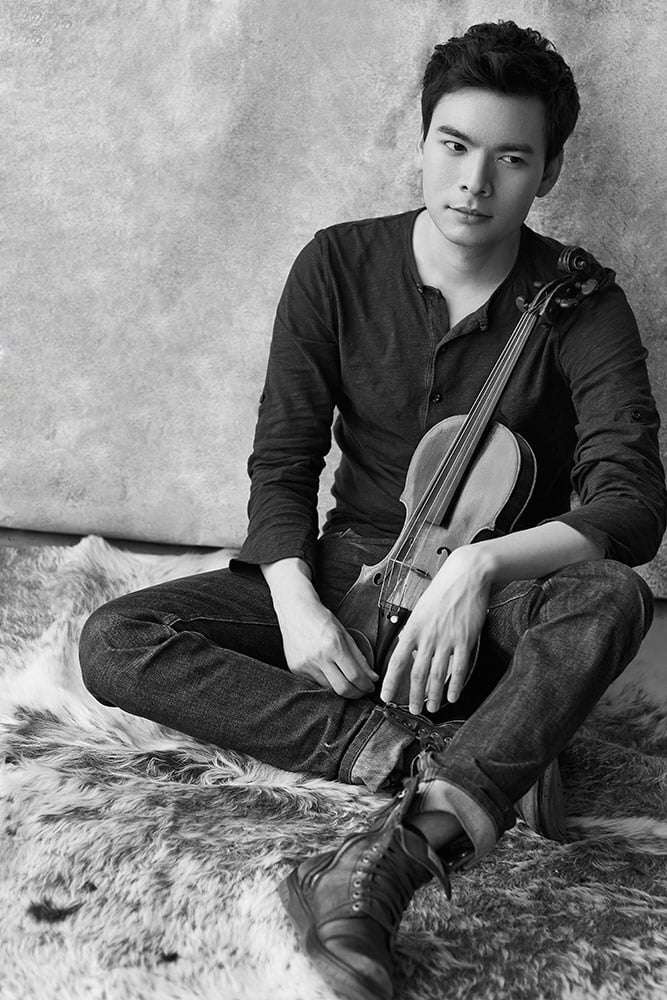 If concert venues are going to overdose on Beethoven in this 250th anniversary year, it will be inevitable that some performances will outlast others. Some, like this one may rejuvenate familiar works but only partially illuminate others. There will be gains and losses. At the Lighthouse, Kirill Karabits and the Bournemouth Symphony Orchestra gave us a blameless Eroica, but breathed new life into the First Symphony, as if removing layers of grime from an old master. One work felt the hand of a light dusting, the other a loving restoration.

Donald Tovey summarised Beethoven’s First Symphony (premiered in April 1800) as “a fitting farewell to the eighteenth century”. There was no sense of leave-taking in this historically aware account (valveless trumpets and 18th-century timpani), more a feisty, trail-blazing address to a new era. Haydnesque wit, Mozartian elegance were present, but it was Beethoven’s unambiguous daring, his visceral energy and unmistakable personality that came across loud and clear. Pared down forces produced a wonderful sense of intimacy, with playing of surpassing delicacy and a thrilling crispness of execution. Clarity of detail and rhythmic vitality were uppermost in the first movement, while a suspense-filled development showcased dynamic variety. After a swinging Andante that was light on its feet, with nicely prominent woodwind and timpani, the Menuetto arrived like an untamed beast, hard-driven and gloriously underlining Beethoven’s impulsive manner. Startlingly taut ensemble, and impish violins added to a dancing finale, Karabits now thoroughly immersed in communicating Beethoven’s “hurrah” to a new century.

After the interval an expanded BSO (now comprising modern trumpets and conventional timpani) delivered a forthright Eroica – an all-present-and-correct account, but not quite possessing the sparkle of the earlier Beethoven. Launched by those two arresting chords the moment Karabits stepped onto the podium, a featherlight and volcanic string tone emerged in the opening Allegro con brio along with much eloquent woodwind playing. Abundant detail and a surging vitality followed, but without the alert response that more slender forces had generated earlier. Edward Kay’s melancholic oboe added to a charcoal grey ‘Funeral March’, dignity (if not gravitas) and drama to the fore, its cumulative tensions allied to a forward momentum. Horns impressed in the nimble Scherzo, and if its rising temperature never quite found boiling point, compensation arrived with a characterful Trio. Karabits led a propulsive finale, cleanly articulated with well-judged tempi, yet its life-enhancing energy just fell shy of any wow factor, climaxes rather too civil, “the gates of Paradise” (Tovey, again) seemed firmly closed.

Between the Beethoven, Stefan Jackiw was polished interpreter for Stravinsky’s Violin Concerto (1931), bringing flawless intonation and a varied tonal palette to a work of multitudinous wind sonorities originally conceived for Samuel Dushkin. The BSO players excelled in their solo and supportive roles, sensitive throughout where balance can be problematic. The bite and wit of the outer movements was fully realised and the interplay between individuals and groups transported us to the Baroque concerto grosso design of alternating tutti and solo groups. Arias I and II were sharply defined; the first, brittle and skittish, its successor a serene meditation. Meticulously rehearsed, this performance found an ideal balance between its spiky humour and wistful lyricism, vitality and expressiveness a recurring and ear-catching presence.

Jackiw gave the Largo from J. S. Bach’s Violin Sonata in C (BWV1005) as an encore – a rapt and deeply moving utterance and conveyed with spell-binding beauty of tone.