Gianandrea Noseda’s concert with the London Symphony Orchestra on Thursday presented an intriguing and well-planned programme that drew a near capacity audience. It was an evening of good humour, pastiche and high spirits that sometimes suggested darker moods. 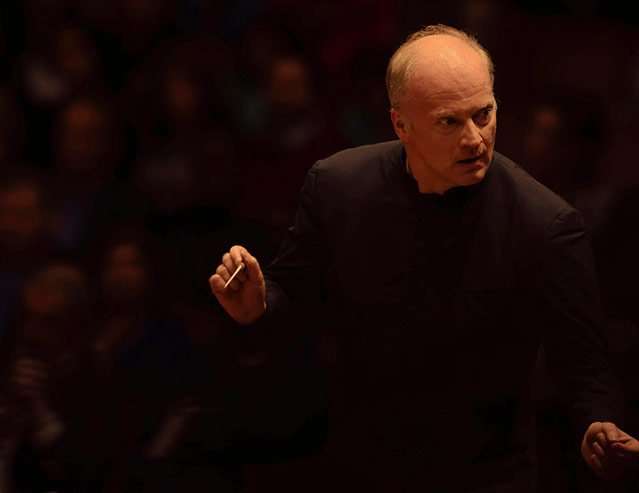 Prokofiev‘s First Symphony is more than just a homage to the Classical style but a skillful and affectionate tribute to Haydn and Mozart. The first movement, with its violent dynamic contrasts and grotesquely wide leaps, was done with élan. The LSO strings were both fleet and silky, and the soloistic woodwind (Gareth Davies’s flute especially) were on top form. The gentle serenade of the Larghetto was smoothly turned and the brief gavotte was delicately harmonized with graceful curtsies from the strings and woodwind. The perpetuum mobile of the Finale with its turbulent strings and blithe woodwind capped an appealing performance.

Christian Tetzlaff’s way with Mozart’s Third Violin Concerto was slightly different, and the first movement, with its opening quote from Mozart’s own opera Il re pastore, sometimes seemed stressful rather than carefree. The sublime adagio was another matter, and Tetzlaff refined his sound to recreate Mozart’s nocturnal soundworld, full of aching nostalgia, with muted strings together with soft-toned oboes and flutes in attendance. The Rondeau finale had a skittish rustic quality with Tetzlaff emphasing the bagpipe-like drones for the violin. Tetzlaff supplied his own cadenzas throughout, and Noseda and the LSO were models of discretion and taste in accompaniment. Tetzlaff’s encore was the Allegro Finale from J. S. Bach’s Sonata No.3 in C-major (BWV1005) thrown off with stunning virtuosity.

After the interval, Noseda took the LSO through Mussorgsky’s masterly Prelude to Khovanshchina. The opening Dawn over the Moscow River had a delicate, rather eerie, quality in a reading that eventually became spacious and atmospheric.

Shostakovich’s Ninth Symphony is the composer at his most anti-heroic, and it is easy to see why his first post-1945 symphony confounded Soviet expectations of a grandiose celebration of victory in the Second World War. It is Haydnesque in its high spirits and lack of pomposity, and is his most lightly scored symphony. It is also a work that becomes deeper and more full of meaning the more you hear it. Noseda is often at his best in Shostakovich when the composer is at his grimmest, and he was at pains to suggest the work’s sombre undercurrents in a compelling reading of fine detail and vivid playing.

Haydn was most in evidence in the first movement with its pert piping and tricky accents for woodwind and strings. There were plenty of spiky solos and no lack of irony from the LSO and the baleful tones of the trombones were underlined. The second movement was nicely paced, not too slow, and Noseda brought out its brooding melancholy as it moved into a limping waltz, beautifully led by the clarinet (Chris Richards). The final three linked movements started with a brilliant whirling scherzo from strings and brass which then seems to deflate. The pompous and slightly threatening trombones at the start of the fourth movement were thrillingly played, and the mournful-then-wry solo bassoon – described by Leonard Bernstein as Chaplinesque – was expertly characterised (Daniel Jemison). The final free-for-all circus parade was delivered with panache, and was energetic rather than droll, and closed a reading that will bear repetition when it eventually appears on disc (for the LSO Live label).

Beforehand the young Australian pianist Kathy Chow offered a nicely judged introduction to the evening’s programme with sonatas by Mozart (No. 9) and Prokofiev (No.7) played with great freshness and spontaneity.