Stepping in for an indisposed Kees Bakels, Thierry Fischer coaxed playing of passionate commitment from the Bournemouth Symphony Orchestra in a programme of mostly familiar repertoire spiced with one fascinating rarity that collectively formed an evening of tender dreams, scintillation and opium-filled fantasies. 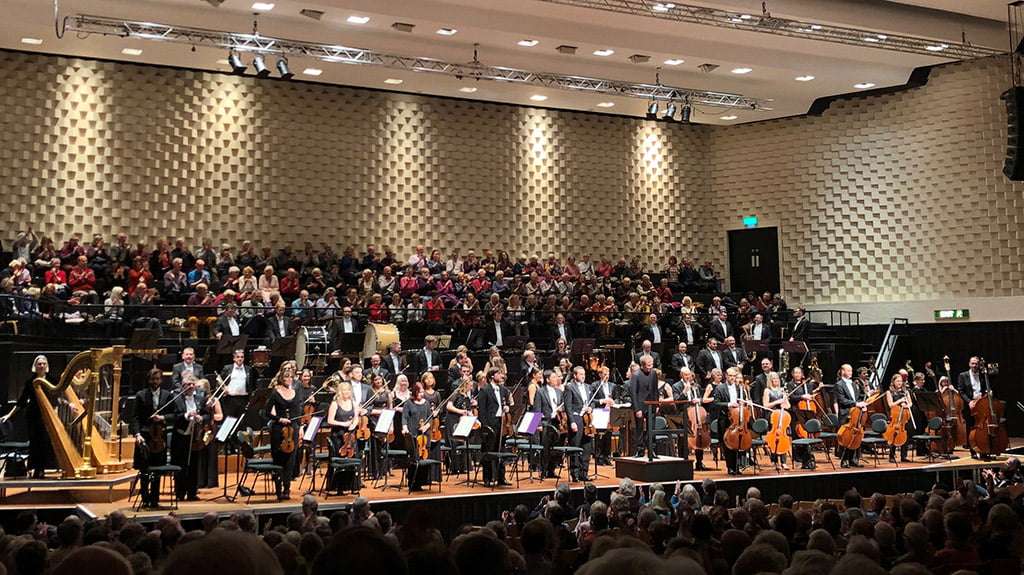 The Russian composer Nikolai Tcherepnin (father of composer-son Alexander) retains a tenuous foothold within concert halls through occasional performances of his symphonic Prelude from La Princesse lointaine. It’s an early work of 1896, inspired by the eponymous play belonging to the French poet and dramatist Edmund Rostand (best known for his Cyrano de Bergerac), and composed while Tcherepnin was still under the influence of his teacher Nikolai Rimsky-Korsakov. In the play a young troubadour hears of a beautiful princess and follows his dreams to win her, only to die at her feet exhausted from his travels. Under Fischer’s superbly paced direction the Bournemouth players gave an emotionally charged account fully exploring this cinematic score’s romantic sweep and vivid evocation.

Russian pianist Andrei Korobeinikov brought his considerable technique to a flowing and characterful rendition of Rachmaninov’s 1934 Paganini Rhapsody. Nothing routine here, and from the start this was a happy collusion between players and pianist, light on its feet, brisk tempi adding impish wit. Polished violins illuminated Paganini’s original violin solo, while Fischer and Korobeinikov unearthed plenty of devilry in succeeding variations, woodwinds tangy and crisply articulated in Variation IX, and no shortage of gravitas, mystery and whimsy. Korobeinikov hurtled through the first of his solo passages, puckish humour giving way to restraint and pellucid tone in the second, Fischer gauging orchestral weight and the subsequent climax to perfection. Thereafter, Fischer presided over an ideal collaboration that enabled rising tensions to develop naturally, Rachmaninov’s punishing octaves impeccably served and the final furlong rich in bravura and orchestral detail, closing with no small hint of roguish glee. More of Korobeinikov’s dazzling playing followed in a Rachmaninov’s G-minor Prelude (Opus 23/5). This was a no-holds-barred display of virtuosity, by turns demonic and dreamy and not entirely without jeopardy, but who cares when it’s this exciting.

Berlioz’s Fantastic Symphony was not entirely a flawless affair, but all the necessary ingredients were there to convey the composer’s wild imagination. Languor and mystery were nicely evoked in the opening ‘Réveries’ (with the bonus of fabulously clean string tone) and the ensuing elation in the Allegro agitato brought playing of fiery expression, its climaxes superbly integrated and Berlioz’s fevered mind – his delirious agonies and jealous rages – given full expression. Two harps and strings added charm to a flowing ‘Ball’ scene (minus ad lib cornet), the whole culminating in an alarming con fuoco, Berlioz’s passions roused by Fischer with intoxicating fervour.

Cor anglais and offstage oboe made companionable shepherds in the ‘Scène aux champs’ and, while quiet passages failed to sustain my attention, the thunderstorm was electrifying. Suitably baleful horns initiated the ‘March to the Scaffold’, wonderfully paced here, with confident, gutsy playing from incisive brass, wailing woodwind and a brutal execution. The ‘Witches Sabbath’ was no less impactful, its fantasies brilliantly executed by an orchestra who cherished every nuance of Berlioz’s score, not least the clamorous tubular bells and tubas that sliced the air with their medieval plainchant. A batonless Fischer, whether motionless or flinging out an arm with unrestrained zeal, directed with precision and earned an enthusiastic response from audience and players alike.