“Hollywood film composer and conductor Brian Tyler returns to Royal Festival Hall for an electrifying evening of his dramatic scores to some of the biggest blockbuster movies of the last decade. Brian Tyler’s films have grossed $12 billion worldwide, making him one of the most recognised and sought-after film composers working today. Watch him conduct the Philharmonia Orchestra in music from his most famous scores, including recent hits Crazy Rich Asians, Avengers: Age of Ultron, The Fate of the Furious, and Iron Man 3.” [Southbank Centre website] 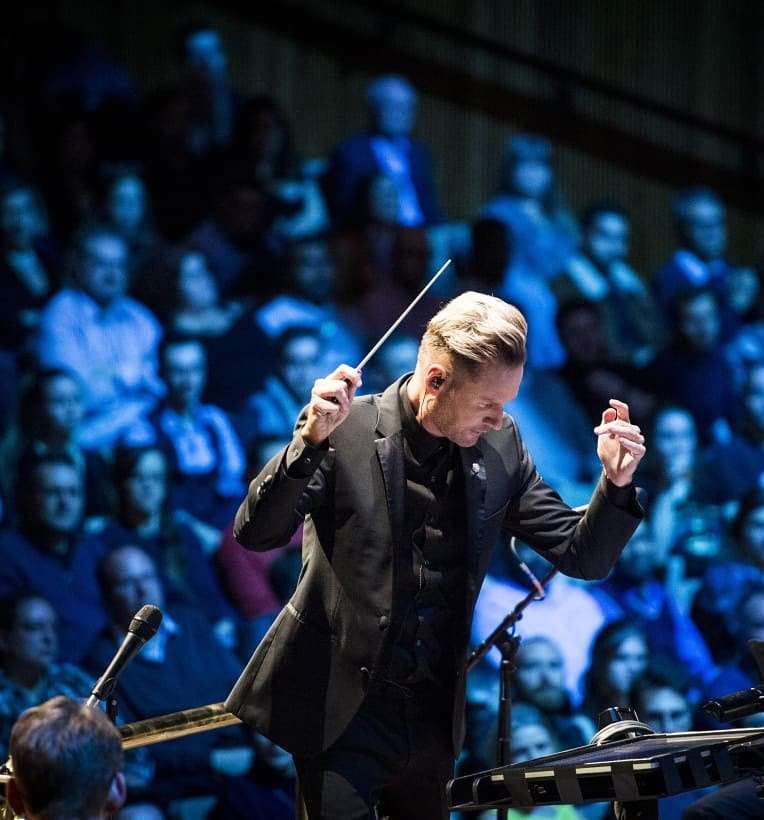 Brian Tyler is the ultimate blockbuster film composer. Hollywood goes to him for car chases, pile-ups, explosions and intergalactic time travel. He has produced scores for television, console games and the theme music for Formula One. In a parallel life , he is DJ Madsonik.

In many ways , he is a modern-day successor to Jerry Goldsmith with a facility for creating muscular ideas, big fanfares and recognisable melodies that serve to lead the viewer through a movie. He has been praised by directors for his thorough knowledge of all aspects of film from lens to lighting and his ability to balance music with effects and dialogue.

Tyler returned to the Royal Festival Hall following a previous concert with the Philharmonia Orchestra in 2016. He cuts a lithe and animated figure on the podium with every cue emphatically delivered. He is a showman-conductor with an easy presence on the microphone and a fund of stories. Everything is high energy – he conducted and played electric guitar simultaneously for the score of Battle: LA. At one point he took up the drum-kit for a brief but frenzied solo.

Characteristics emerged during the course of the evening. He uses rhythmically vivid forms such as a tango or calypso against a powerful symphonic backdrop to create tension (as Bernard Herrmann did in Hitchcock’s North by North West). Everything is very heavily scored, the Philharmonia calling on eight percussionists and plenty of brass. Wordless vocals by the Philharmonia Voices often buttressed the sound, leading to shivering cadences. The lighter scores have a Celtic tinge with plangent woodwind solos. 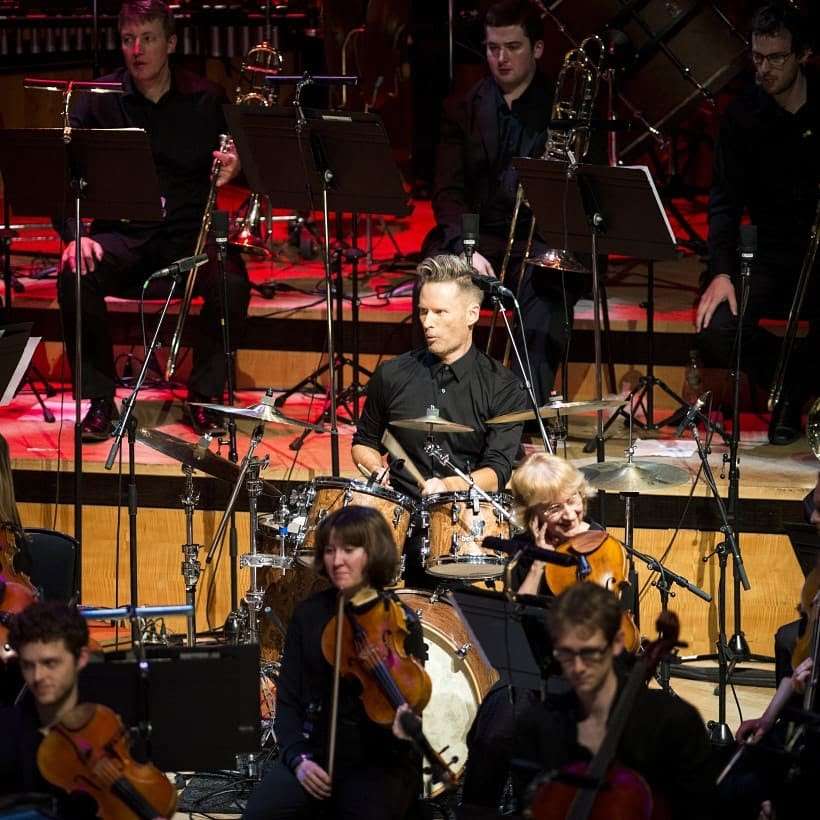 The dense, percussion-heavy, amplified, themes from the Marvel Comics universe were duly delivered but some of the most interesting items were from other sources. The rock-music swagger of the heist movie Now You See Me was infectious and the television series Yellowstone had a pleasing old-school Western theme with a fine cello solo. Tori Letzler provided keening vocals for ‘Into Eternity’ from Thor: the Dark World and ‘Fall Again’ from Criminal.

Tyler’s latest score, for the romantic comedy Crazy Rich Asians, is his most attractive piece with its affectionate pastiche of 1950s’ big-band jazz. Tyler played two lengthy extracts including ‘Astrid’s Theme’ (with Gemma Chan who played Astrid in the audience) and ‘Text Ting Swing’ which had Tyler hurtling between the piano and drum-kit. The saxophones were glorious throughout and the Philharmonia played as though auditioning for Nelson Riddle.

An evening of short, heavily-scored, items led ultimately to a feeling of repetition and by the end I felt battered once too often by Thor’s mighty hammer. Nevertheless, one has to admire Tyler’s energy and versatility. He is that rare thing – a film musician who enjoys live performance.