In his interview published on this site prior to the performance Ian Bostridge referred to the belief that has been propounded over the years since the ceremonial premiere of “War Requiem” in 1962 that its performances should always be special occasions. Given the size and range of the forces required it is never going to be a routine item in the choral repertoire. In that respect it is in the class occupied by Mahler’s Eighth Symphony and few others.

This account of the work certainly fulfilled a solemn function, marking the ninetieth anniversary of Armistice Day in 1918, still just within the lifetime of the last surviving warriors of the first truly global conflict. The choice of the vast Royal Albert Hall as venue, which less than twenty-four hours before had staged the annual British Legion Festival of Remembrance, underlined the significance of the occasion. 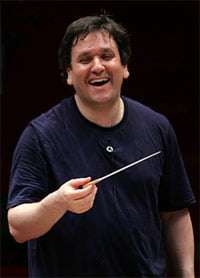 Antonio Pappano is already a relatively experienced conductor of the work. He united the various groups of performers and clearly conceived the work in the great symphonic arch to which Bostridge refers. The start of the opening movement, with mutterings coming from every direction, the grinding orchestral figure rising to a scream, the plainsong-esque lines of the boys’ choir, the welling up of the chamber orchestra to introduce the first Owen poem, the murmured block harmonies, and the all-pervasive bells with their disturbing tri-tone – all seemed part of an organic whole.

Not all the transitions between the performing groups are intended to be as comfortable: the majestic formality of the soprano solo ‘Liber scriptus’, followed by the flippant self-confidence of the duet for the two soldiers, in which death is treated as an equal, was presented as the dislocation point it is intended to be, while the way in which the ‘Dies Irae’ concluded after the desolate experience of the poem “Futility”, with the chorus’s abject plea for rest, contained the seeds of its own disillusionment.

The temporary relief of ‘Sanctus and Benedictus’ fitted into the overall shape before Pappano released his choral and orchestral resources in the eruption of the ‘Libera me’. The long diminuendo of the organ and full orchestra was perfectly controlled, culminating in the touch-down in the never-never land in which the two antagonists meet, the setting for “Strange Meeting”, created so vividly by Britten. The final pages, in which the texture thickens as every element joins, seemingly united in universal compassion for the victims of war, was the ultimate target towards which the conductor had been leading his musical community throughout. The Orchestra of the Royal Opera House played with myriad colours in all sections. 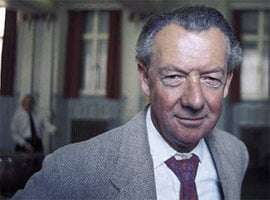 The Royal Opera Chorus and Extra Chorus were fearsome in the ‘Dies Irae’, cringing at the “Quid sum miser” passage, when confronted by the full force of ecclesiastical power in the shape of the solo soprano. The women projected rare warmth and sweetness in ‘Recordare’, the men crackled venomously at ‘Confutatis maledictis’, eventually supporting the upward octaves in which the women direct their terrified cries to heaven at “Oro supplex et acclinis”. No less admirable was the discipline of their soft singing, especially in the fading fugal passage “Quam olim Abrahae”. The boys’ choir from Tiffin School was large, the tone clear and ensemble precise, the exchanges between the two groups distinct and dynamic. Perhaps one could have asked for a sound slightly more ethereal and angelic.

The Royal Opera House could hardly have cast three more potent singers in the solo roles. As the representative of Christian ritual, Christine Brewer was placed in the perfect location, elevated among the choristers. Her spinto soprano cut through the flimsy orchestral texture as she announced the Day of Judgement. Here and in the ‘Lacrymosa’ she was absolutely secure of pitch; in the latter the great plunging lines were as formidable in the chest register as in the glorious ringing A flats and B flats. Her joint preface with the percussion section to the ‘Sanctus’ created an electrifying atmosphere of expectancy, seconded by the swelling buzz of pitch-less chanting from the chorus that followed it. Both these were fulfilled by a thrilling account of the following Hosannas. Brewer modulated her cutting edge to the gentle, consoling tone needed for the ‘Benedictus’. Then she joined in the panic-stricken dread of death and its consequences in the thunderous ensemble of ‘Libera me’. In a performance space of this size a voice of this scope is needed. 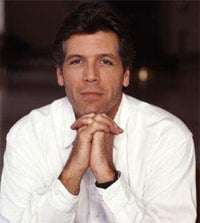 Thomas Hampson responded with characteristic sensitivity to the Owen poems. I felt I was hearing the perfect voice for “Bugles sang”, soft-grained, spinning his Mahlerian line, capturing the nostalgia inherent in the verse, and its hesitancy too. The indignant declamation of “Be slowly lifted up, thou long black arm”, while it may have caught the savage irony of the awe-struck address to the gun, was a test for his basically light lyric baritone. “The End” was wholly successful, however. Hampson conveyed character as he does so subtly in his operatic roles: the anxiety and uncertainty of the poet, the obduracy of Age, the despondency of Earth, whose “ancient scars shall not be glorified”, the latter’s lines reinforced by their clarinet commentary and then succeeded by a lower instrument postlude, another significant achievement for Pappano as accompanist.

Ian Bostridge explains how much the work means to him in the interview already mentioned and no greater identification with his ration of Owen’s poems could be imagined. As we can tell from his DVD version of Schubert’s “Winterreise”, he pictures poetic imagery in visual terms and his interpretation of the texts so often during this performance was theatrical. “Anthem for Doomed Youth” was a foretaste, the words spat out onomatopoeically as Britten unmistakably prescribes, before softening his tone to suit the sentiment of the second verse. “Futility” was Bostridge’s most intensely perceived and communicated solo contribution of the evening. Adopting the part of the dead soldier’s bosom comrade, he turned movingly to the sun to arouse his friend. With what eloquence, with what mastery of verbal inflections did Bostridge express his incomprehension and exasperation at the pointlessness of the situation in which he was trapped. Such truth emerging from ingenuousness was quite different from the knowing irony he shared with Hampson in “The Next War”, in whose musical panache he found himself equally adept.

The Royal Albert Hall was crowded, the audience’s response certainly made perceptibly sombre by the implications of the timing but also perhaps overcome by the impact of this powerful performance and uneasily conscious that to applaud too demonstratively would be somehow unseemly. This was Bostridge’s fiftieth “War Requiem”. He is quoted as saying that, of the previous forty-nine, as many as thirty-five didn’t fully work. I would be prepared to bet that he was content with this one.