Caldara
Lucio Papirio Dittatore – Opera in three Acts to a libretto by Apostolo Zeno after an episode in Niccolò Machiavelli’s Discourses on Livy [sung in Italian, with English surtitles]

Despite holding several prominent positions in Italy and Spain before ending up at the Habsburg Court in Vienna, and writing a number of operas which were often the first to set many important librettos by Apostolo Zeno and Pietro Metastasio before countless other composers turned to them (La clemenza di Tito was one such), Antonio Caldara (1670-1736) has remained very little known. Some of his vast output has been recorded, but the Buxton International Festival continues to fulfil its mission to unearth rare repertoire and provides a welcome opportunity in its fortieth-anniversary year to encounter one of his many operas in the capable hands of Adrian Chandler and La Serenissima. 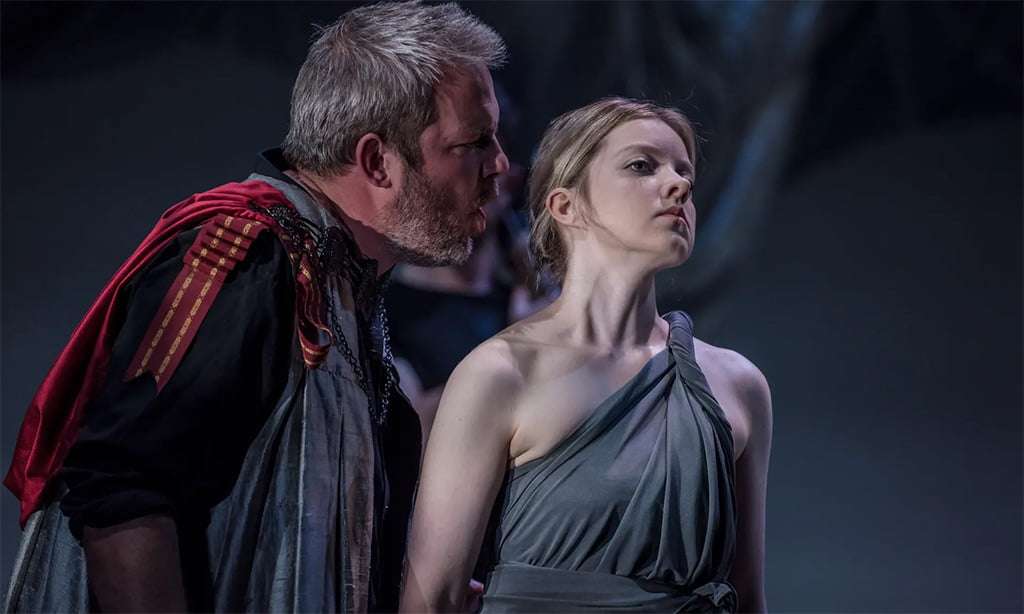 Lucio Papirio Dittatore (1719) – like many of Caldara’s stage-works – was written for the name-day of the Holy Roman Emperor Charles VI (father of Maria Theresa). Mark Burns’s production retains the concluding Licenza or eulogy, in which the monarch is praised and exhorted to follow the elevating moral of the preceding drama. If, to our more sceptical and cynical age, that seems rather artificial and didactic, it does capture a certain historical authenticity, and we may remember that Mozart’s Il sogno di Scipione (1772) adopted the same format, in honour of the Prince-Archbishop of Salzburg.

Caldara’s music here sounds more like that of his German-speaking contemporaries, than Italian: the ceremonial and upbeat music might put one in mind of Handel (though with the bulk of his operas yet to be written, Caldara cannot have known much of his output, if at all) whilst the often-formal contrapuntal, even fugal, textures of several numbers make it seem as though he had taken lessons from, or was paying homage to, the Viennese Court Kapellmeister and theorist, Johann Joseph Fux. If the music is not as consistently idiomatic as those of the greatest opere serie by Handel and others, the score still possesses considerable variety and liveliness, and some of the arias certainly do attain an emotional intensity to equal the best by his contemporaries, as well as serving their dramatic situations imaginatively.

To add further interest, the structural rigidity of the usual chain of recitatives and arias is broken up by choruses and ensembles, and instrumental colour enhances the work, with trumpets and timpani used alongside oboes and bassoon with the string orchestra, and a chalumeau (a forerunner of the clarinet) brought into prominence as Louise Strickland duets expressively with Owen Willetts as Quinto Fabio when he contemplates his imminent execution.

Chandler invigorates the score as he leads La Serenissima from the violin, by capturing the textures and meters of the numbers with purpose and zeal making a fine case for Caldara’s well-crafted music. It is odd, however, that the orchestra is positioned on the stage, rather than in the pit, taking up nearly half of the fairly small space available, which limits the area over which the drama can play out, especially with a chorus also in tow. The fully-realised staging of Lucio Papirio Dittatore here becomes rather cluttered as a result. 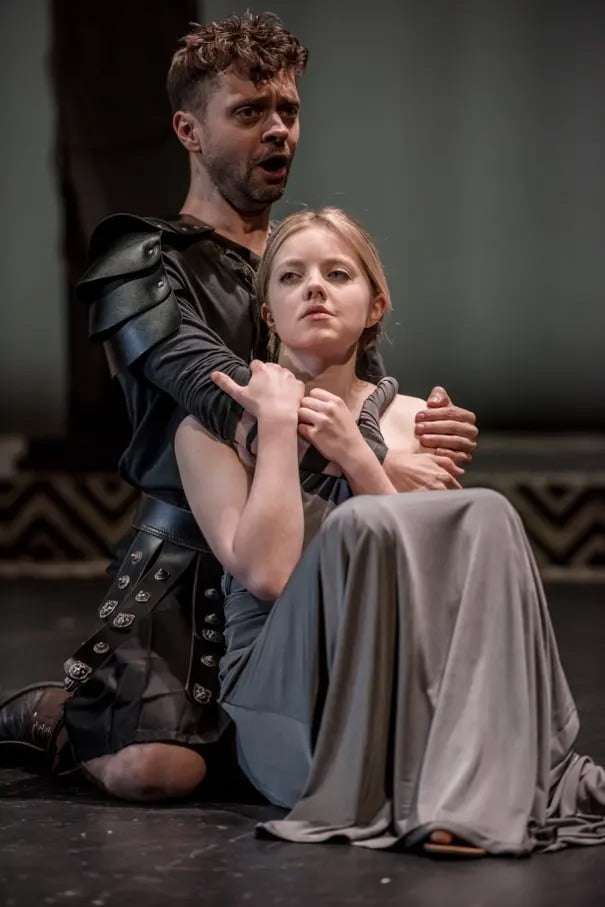 Burns takes inspiration for his production from the artists Christo Vladimirov Javacheff and Jeanne-Claude Marie Denat who famously wrapped Berlin’s Reichstag in plastic. The items of the set – a throne, an open arcade, pottery and sculpture (some of which are brandished by the chorus) – are similarly shrouded, in order to create the paradoxical effect of revealing the basic features of those objects and creating a haunting impression, and manifesting the trade-off between freedom and control implied by the drama.

Maybe so. But the more immediate impression is of the early Roman era in which the opera is set (an episode from 324 BC during the Second Samnite War) being veiled as though in distant historical memory – emotion or musical poetry, perhaps, recollected in tranquillity, to adapt Wordsworth. That stands in creative visual dialogue with the characters’ costumes which are a modern (and some might say tawdry, by comparison) adaptation of eighteenth-century heroic ideas of Classical Rome, casting a more quizzical angle upon the work’s panegyric than a more straightforward, ‘authentic’, design. But that would tell more if the singers were given more space in which to act and gesture.

Vocally, the standards are high, as the singers generally make effective and distinctive contributions. Robert Murray keeps his resolve and forbearance in the title part, as the dictator of ancient Rome (in this historical period, not a term of vilification): swayed both by public duty to uphold discipline and order, and by personal jealousy and suspicion, with respect to the victory which the commander Quinto Fabio has won on engaging enemy forces, despite instructions to the contrary, Lucio also succumbs to the pleas of his daughter, Papiria (who is married to Quinto), and Marco Fabio (Quinto’s father) to exercise compassion as a human being. Murray’s performance is all the more commendable in light of his recent realisation of the contrastingly more lurid role of Handel’s Belshazzar for The Grange Festival.

As the would-be tragic figure of Quinto, Willetts rightly draws attention to the musical and theatrical dimension of the work, executing an arresting messa di voce at the outset of his first number, some impressive coloratura afterwards, and an expressive Handelian duet with Papiria before he is led off to prison. Willetts wins deserved sympathy for his character in musical terms, presaging the dramatic denouement in which Quinto is pardoned and restored to Papiria, to general rejoicing. Rowan Pierce projects the latter part with equal fervour and power, adding complementary force to the central love interest.

Elizabeth Karani and Eleanor Dennis provide an equally competent, though lighter-veined, romantic partnership as Rutilia and Cominio respectively, often even comically so in Karani’s case as she fends off the unwelcome attentions of Servilio. Whilst exuding an appropriately overbearing character in the latter baritone role, Gareth Brynmore John is also a little foursquare and could leaven his portrayal with a little more wit and colour. As Quinto’s father, Marco, William Towers could assert more authority and heft, although admittedly it is difficult to bring that off when the part is, unusually for a patriarchal figure, written for a countertenor (originally a castrato), which can hardly effect much contrast with his son, also a countertenor.

In all, this production makes a compelling case for this virtually unknown opera in its 300th-year (and probably never given in this country before), that should appeal beyond confirmed fans of Baroque opera, though certainly the latter will also be persuaded to explore Caldara further.