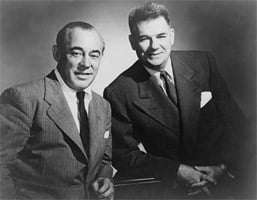 Dating from 1582 and originally built for three times Lord Mayor of London Sir Richard Martin, Lauderdale House in Waterlow Park on Highgate Hill is now one of North London’s premier arts and education centres. As well as offering an extensive gallery site for art exhibitions, it also holds classical and jazz concerts, cabaret and poetry, old-time music-hall and arts and crafts fairs, plus a programme of workshops for painters and drawers, singers, guitarists, tango dancers, yoga, children’s workshops in painting, dance, drama and music and Saturday-morning kids’ shows. All this is under the supervision of the indomitable Katherine Ives, a kind of one-woman Arts Council.

The Cabaret in the House sessions have been running for seven years with two series per year. Programmed by performer, presenter and director Tim McArthur, they are mainly seen as showcases for the younger talents in the theatre who are often currently working in the West End. A case in point was this line-up. Louise Davidson and Rebecca Thornhill met 16 years ago in the London production of “Cats” and have worked (together or apart) since then in “Showboat”, “Chicago”, “Ragtime”, “The Full Monty”, “The Witches of Eastwick”, “Singin’ in the Rain”, “Les Misérables”, “Oklahoma!”, “Mamma Mia!”, “Lady in the Dark” and “Into the woods”.

Their theme for this show was loosely about the 1940s and 1950s with a clutch of suitable songs to match.Tim McArthur opened the show with ‘Let me inside’, a number from Charles Miller and Kevin Hammonds’s show “When Midnight Strikes” (which I reviewed for this site). The two women then introduced themselves by presenting their joint CV in their own song. Two-part harmony is fairly rare in popular music and theatre now, but these two singers are blessed with very fine voices that blend exceedingly well, so that two great voices sound twice as good as one. Then it was straight into nostalgia with ‘I’m gonna wash that man right out of my hair’ from “South Pacific”, the sort of point number that no modern shows can bother with now. Memories of Mary Martin came flooding back, followed by Judy Garland as Rebecca essayed ‘The Trolley Song’ from “Meet Me in St Louis”. Then came a couple of Gershwin numbers, ‘Embraceable you’ and ‘Naughty baby’, completing the first trip down memory lane.

The next interlude brought us right up to date with a song from a show that’s due in London next year, “Grey gardens”, the story of two poverty-stricken relatives of Jacqueline Kennedy’s family, from which Rebecca and Louise sang ‘Peas in a pod’, followed by the Michel Legrand number ‘What are you doing the rest of your life?’ featured in the film “The Happy Ending”, with lyrics by Alan and Marilyn Bergman. These songs showed how very much at home the two singers are with either fun stuff or the more soulful ballad material. More fun came later in ‘A Little girl from Little Rock’ and ‘Sisters’, while other ballads included Kurt Weill’s ‘My ship’ and Harry Warren’s ‘You’ll never know’, the Alice Faye hit which got the audience singing along. The first act finale was a raucous version of Irving Berlin’s ‘A couple of swells’, made famous by Astaire and Garland in “Easter Parade”, and here performed complete with tramps costumes.

The second half opened with the girls dressed like Marilyn Monroe and Jane Russell in “Gentlemen prefer blondes” for ‘Little Rock’ and another eclectic selection of numbers, this time from “Show Boat”, “She Loves Me” and Kander & Ebb’s “Steel Pier”. Then it was back to “Meet me in St Louis” for an (almost) topical ‘Have yourself a merry little Christmas’, bringing to an end a charming show and one that could easily tour small theatres and clubs to advantage. These two singers obviously love the theatre- and movie-song material with a passion and they communicate this very well. Civilised entertainment.