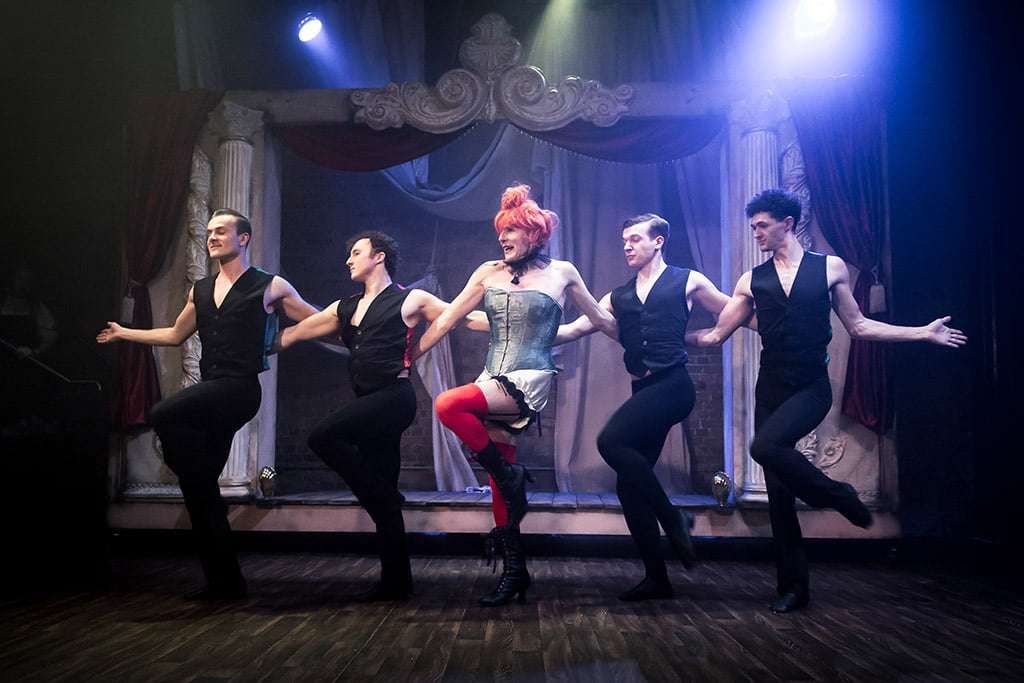 First of all, this is not Can-Can, the musical by Cole Porter that was staged in 1953 and 1954 with Gwen Verdon and Hans Conried and filmed in 1960 with Shirley MacLaine, Frank Sinatra, Juliet Prowse and Maurice Chevalier. Nor is it straight Offenbach, although it uses some of his best music. In his programme notes for this new Can-Can!, Phil Willmott writes about the period in France in the 1890s known as La Belle Époque, a time when Paris, previously scandalised by the outrageous behaviour of the artistic community turned tail and began to embrace these former social outcasts and bêtes noire, heralding a new understanding of the cultural and sexual freedoms represented by their progressive artistic endeavours.

Researching the work of Jacques Offenbach’s Orpheus in the Underworld and Cole Porter’s Can-Can, Willmott never found either of them satisfactory for a modern audience. He then set about creating his own version of the Belle Époque events by giving a nod to the music of Offenbach and other composers of the period in order to show how the times and public opinion began to change and find acceptance. The music he uses comes from the pens of Offenbach, Franz Lehár, Sigmund Romberg, Lionel Monckton, Charles K. Harris, Arthur J. Lamb, Victor Herbert, Rudolf Friml and Jerome Kern.

For his libretto Willmott was inspired by the work of Sir Arthur Wing Pinero, in particular Trelawny of the Wells, a play about the theatre, and the subject of Emile Zola’s novel L’Argent (Money), as he includes a banking family as part of his Can-Can! plot. The setting is France in the 1890s when the Orpheus Theatre Troupe is battling to achieve public acceptance. They include a broad cross-section of talents including Jane (Kathy Peacock), a musical-theatre star and Can-Can girl, La Goulue (P. K. Taylor), a menacingly droll comedienne, Joseph Pujol (Mark Garfield), the famous flatulist (professional farter) also known as Le Pḗtomane, Jacques (James Alexander-Chew), a tango success and Can-Can boy, Yvette (Emily Barnett-Salter), a vulgar comedienne and dancer, Colette (Kasey Claybourn), a low-class singer and dancer, Toulouse (Jordan Nesbitt), a painter and Can-Can boy, and Offenbach himself (Sam Woods), an aspiring composer (!), together with Billy (Callum Mills), a call-boy and Can-Can dancer, Madame Olga (Corinna Marlowe), a Russian wardrobe mistress, Jeanne (Lauren Wood), a dresser and dancer, and Fred (Richard Harfst), a stage-door keeper and Master of Ceremonies. 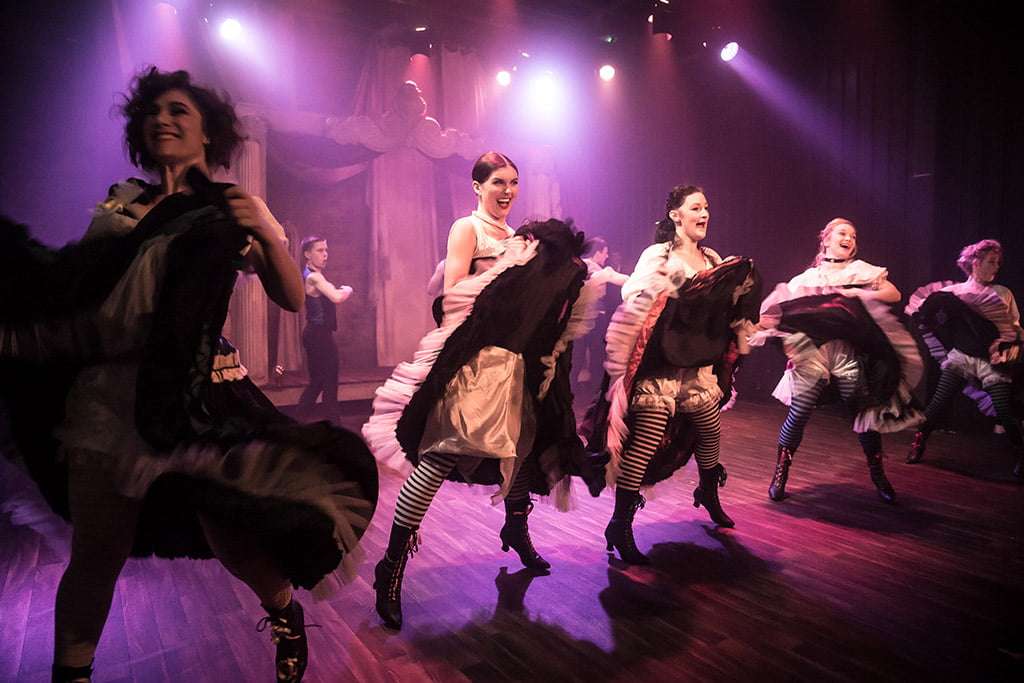 On the other side of the fence, as it were, is the Bontoux banking family of Monsieur Bontoux (Phil Willmott), Christian (Damjan Mrackovich), a would-be performer, Cecil (Connor Philipson), a junior banker, his wife Margot (Grace Manley) and their great aunt, the Countess (Corinna Marlowe). The head of the family is revealed to be not the paragon of virtue he claims to be, when revelations about his former life show that he has more in common with the touring theatrical troupe of gypsies than he cares to admit.

Alongside the delights of the music and the classic songs by the composers of the time, the main raison d’être of the show is the dancing – and with a title like Can-Can! how could it be otherwise? The members of the cast throw themselves wholeheartedly into each routine as if they cannot wait to get back on the floor. Adam Haigh has given them some brilliant routines and they dance up a storm to such brilliant effect as to have the air of something almost superhuman. The Union Theatre in both its incarnations has never had anything approaching what you would call a sizeable stage, here also performing in the minimum of spaces, moving the set around to accommodate the hoofers and, wow, these dancers fill the place with the most athletic of gymnastics. I don’t think I have seen anywhere such vigour, ebullience, passion and exuberance that these young performers put into their work, whether they are leaping or spinning, doing cartwheels or high-kicking.

It’s an amazing sight to see, especially for the inevitable finale for Offenbach’s Can-Can. It just takes your breath away. This is a show that will dance its way into your heart.