Observing not moaning. Although this very welcome six-programme American Panorama series from the DSO and Leonard Slatkin is not intended to be comprehensive of the country’s many musical riches, nor would it be possible to realise this through the current brief, I did wonder if a whole concert devoted to one composer was somewhat restrictive of repertoire. Nothing amiss with a George Gershwin evening of course; however, I would have also welcomed (somewhere, and there are West Side Story selections to come) pieces by – and these are purely personal enthusiasms (and also tip of the iceberg) – Elliott Carter, Charles Ives, Christopher Rouse and William Schuman, otherwise unrepresented during these three weeks, but of course Slatkin has been and is an electric champion of those named and so many indigenous others.

Anyway, at Slatkin’s request some years ago, Rob Mathes (born 1970) arranged Gershwin melodies into a twelve-minute overture-like piece. Gershwiniana is a delight, each borrowed ditty recognisable if not always nameable immediately, and transformed by Mathes into something filmic and seductive, scored with finesse and a leaning to big-band jazz, played with scintillation, DSO strings particularly plush, culminating with Strike Up the Band and some fascinating rhythms.

Who could ask for anything more? We got Porgy and Bess, as arranged by Robert Russell Bennett (1894-1981) into A Concert of Songs (he also compiled the splendid orchestral Symphonic Picture from the opera). A Concert of Songs lives up to its name, and most of the hits are present, maybe all of them, yet I am not such a fan of Porgy – although I recognise why the opera is so celebrated and popular. Both singers here had their moments, even if they were both somewhat wobbly with vibrato, jarring and pitch-questionable at times, the chorus was excellent, and the DSO was vibrant in response to what I assume is Bennett’s (classy) orchestration rather than Gershwin’s. Otherwise it was a bitty sequence. 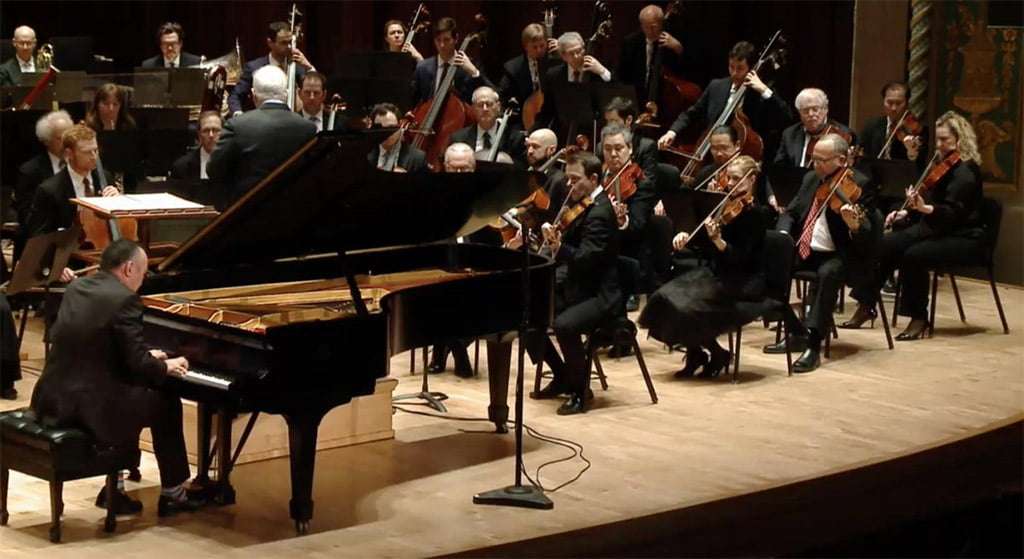 As centrepiece, Jon Kimura Parker (replacing Jean-Yves Thibaudet) approached the Piano Concerto in a variety of guises: forceful, laconic, dreamy, punchy, in a grand manner, swinging the music, romancing it, robust one moment, toying with it the next, a tad choppy at times, if persuasively, the DSO and Slatkin proactive partners. The slow and not-so-slow second movement was nicely bluesy at the off, with niftier contrasts and including a musing cadenza, although it was sometimes more about here’s a new section and never mind what we just did and are about to do; it was certainly rhapsodic and with a cast of characters. Parker (who won Leeds in 1984 with Brahms, when fellow-Canadian Louis Lortie was also in the Finals, Beethoven) was poised and playful in the Finale, the chosen tempo making for articulacy, if not forgetting some orchestral yawning and the odd bit of pianistic stretching. In case you are wondering, I really enjoyed this, the differences; and, even more so, JKP’s encore, Oscar Peterson’s Blues Etude, brilliant as music and in this stupendous performance.

Next up, webcast-wise (on Friday the Twenty-Second, 8 p.m., different time-zones apply), we’ll hear a violin (literally the instrument) that doesn’t get out much, some timed-to-the-second silence (enshrined on a blank sheet of paper), something that riffs along, and something new.