A Suite of Dances 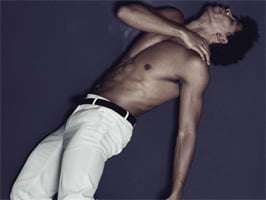 Carlos Acosta is something of a ballet superstar. The profile is perfect – Cuban slum kid rescued from life of crime by the dance, and now one of the very few superstars of the art form. To his credit, he settled on The Royal Ballet in London to be his ‘home’ company, while still guesting worldwide and experiencing other companies. The Royal’s incomparable repertoire has deepened him as an artist and now one gets the impression that he is somewhat tired of the public’s obsession with never-ending pirouettes, huge leaps and all the technical pyrotechnics which are expected in this post-Nureyev age.

He is also interested in programming evenings of ballet with hand-picked friends and colleagues from other companies, but, if truth be told, that has not until now been his forte. This offering at Sadler’s Wells was far better than any previous attempt, and if a little short in length, the programme offered three out of four works of interest and artistic quality. 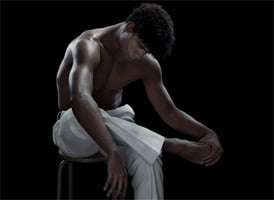 As with Robbins’s greatest works, a radiant simplicity of both movement and style permeates this work. Acosta knows it well from The Royal and elsewhere, and is at home in it. He goes less for the innocent youth (inappropriate given his physique and temperament) and focusses on the smouldering physicality and obvious sexuality of this dancer – he stands in what can only be termed as a Havana attitude, oozing sex, his movements heavy with eroticism.

Into this heady world comes Cao, who has not quite got the measure of the role. Less obviously innocent than some interpreters, she as yet lacks that razor-sharp musicality needed for each tiny movement and each desired effect to register and to work.

The evening’s turkey followed, Young Apollo: a mercifully short piece for two much put-upon dancers who did as they were bid, but to no effect. This is dance-making at its worst – a totally unmusical mish-mash of movement culled seemingly from every contemporary choreographer you could think of – Mr Hougland certainly knows his Wheeldon. Best to draw a veil over its banal horrors.

For Robbins’s A Suite of Dances, Acosta returned with the cellist Natalie Clein – a sublime pairing. Alas, Robbins choreographed in an age of sartorial madness, and the brick-coloured slacks and vermillion velveteen jumper did little for Acosta. He battled on gamely, engaging the audience with looks, smiles and grins, successfully just short of stage mugging, which highlighted the humour and slyness of this vehicle for Mikhail Baryshnikov.

The evening ended with Balanchine’s peerless 1928 Art Deco classic, Apollo. Acosta was in wild, near animalistic form as the young god. I love his interpretation and there is no question of who is in charge or as to his status – the three muses (ENB’s Erina Takahashi, Begoña Cao and Daria Klimentova) look adoringly at him all the time as they play, perform and finally join him in his apotheosis.

This is one of the twentieth century’s greatest dance creations and one can never tire of watching it. Takhashi’s Calliope was persuasive, and Cao conveyed a very playful and indeed skittish Polyhymnia. I was disappointed by Klimentova’s Terpsichore, whose dancing was beautifully executed but who lacked expression and meaning behind the movement.

It was a luxury to have Paul Murphy conduct a very good ‘scratch’ orchestra whose players are clearly confident and engaged musicians – a welcome change from many who play for the dance. As a result, Debussy, Britten and Stravinsky all sounded fresh, the tempi sprightly and ensemble commendable.