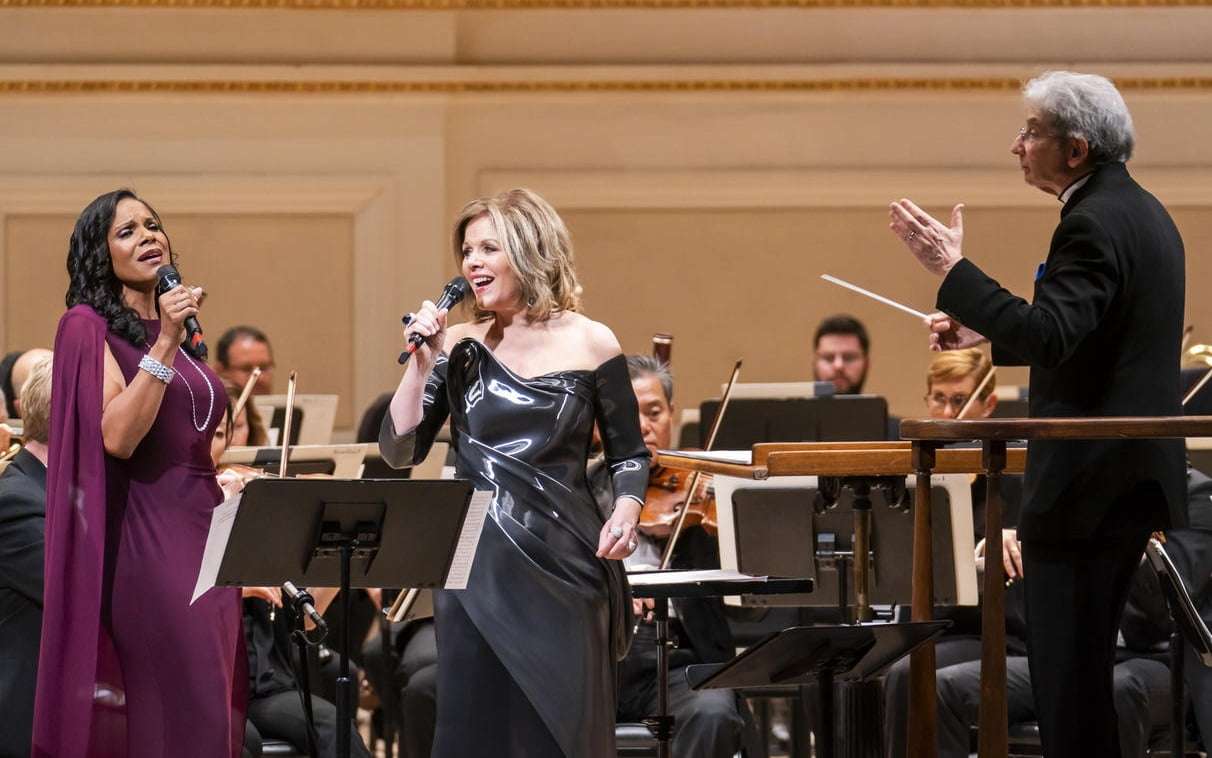 The San Francisco Symphony, Michael Tilson Thomas, Renée Fleming and Audra McDonald launched Carnegie Hall 18-19. Bookending the program were works by George Gershwin, and including McDonald’s sultry rendition of ‘Summertime’ from his and Ira’s Porgy and Bess; there were also songs from Broadway shows.

With maracas, woodblock and bongos beating-out the Latin rhythms, Cuban Overture made an infectious start, MTT infusing excitement into the music-making. The San Franciscans were in fine form, with noteworthy contributions from trumpets, flute and oboe, and especially Luis Baez’s clarinet solo midway through. Complementary South American was Fleming’s gorgeous ‘Aria’ from Villa-Lobos’s Bachianas brasileiras No.5, with excellent solos by Peter Wyrick (cello) and Scott Pingel on double bass leading the strings in Mark Volkert’s arrangement expanding the original scoring for cello octet.

In Liszt’s Mephisto Waltz, colors came through vividly, MTT choosing tempos that emphasized both the wildness of the dancing to Mephisto’s violin and the serenity of the starry night. There were fine solos by Wyrick, concertmaster Alexander Barantschik, and flutist Tim Day. However, the placement of this work in the midst of the vocal offerings diminished its impact. 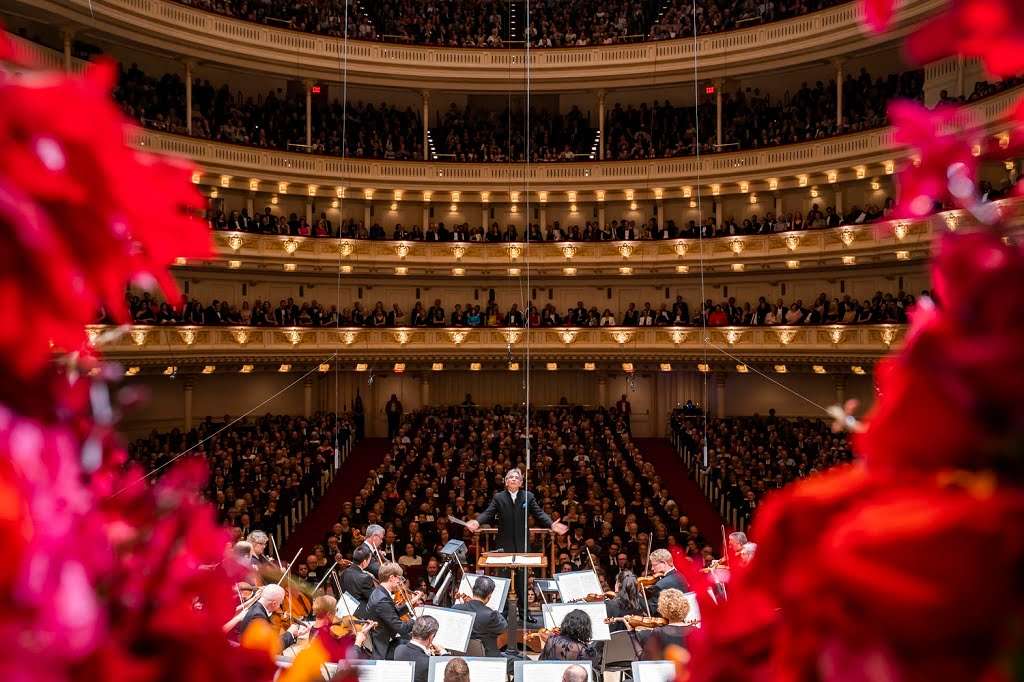 The sopranos (now amplified) next turned to Broadway, McDonald exuding charm in ‘Vanilla Ice Cream’ from Bock & Harnick’s She Loves Me, and Fleming quite moving in ‘Fable’ from Adam Guettel’s The Light in the Piazza, with a piano-dominated accompaniment. They then joined for a medley of ‘Children Will Listen’ (Stephen Sondheim’s Into the Woods) and ‘You’ve Got to Be Carefully Taught’ (Rodgers & Hammerstein’s South Pacific), both songs carrying messages of tolerance that remain appropriate in the present day. As an encore, Fleming and McDonald offered a further duet with timely content – Laura Nyro’s ‘Save the Country’.

Eschewing the recent edition by Mark Clague, the concert concluded with a bright, joyful and spirited account of An American in Paris, the four taxi-horns in their familiar intonations. Gershwin’s engaging melodies depicting a tourist’s experiences in the French capital did not disappoint, Mark Inouye’s trumpet solo particularly outstanding in the work’s ‘blues’ passages.