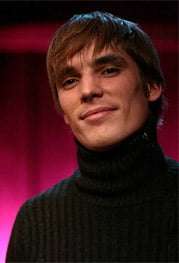 Performances of Chopin’s Ballades as a set are becoming increasingly common, but to follow such a journey with Beethoven’s final sonata, represents a daring but exciting combination of works.

It was immediately apparent from the initial, declamatory bars of the G minor Ballade that Cédric Tiberghien can conjure a wide range of colour and shade. Chopin’s dynamic markings were closely observed and sometimes exaggerated, the coda daringly switching from loud, barely restricted outbursts to the softest of chords in response. This made sense in the context of the piece, for Tiberghien had shown a daring pianissimo and very little attack early on, opting only to fill out the texture as the climax approached. Also apparent was keenly judged rubato that helped the musical punctuation and also informed the other formally complex works in this collection.

Occasionally Tiberghien’s louder dynamics were punishing, and the Third Ballade suffered for this, and was also hurried (the theme shaping too quickly and the initial appearance of the lilting waltz unsteady in gait), despite a continued sense of clarity. But Tiberghien was also willing to stop still, which paid dividends in the Second Ballade’s soft, carol-like opening chords, and this stasis provided an effective contrast with the stormy ‘presto’ interruptions, taken at quite a lick but impeccably delivered.

The final Ballade was the crowning glory of Tiberghien’s performance, given with plenty of accommodation to its almost inconsequential opening phrase. Under the pianist’s guidance we were able to follow the dramatic transformation of this theme, and time truly stood still as the music came to rest in anticipation of the furious coda.

In this BBC Radio 3 Lunchtime Concert, given without an interval, adjusting the ears for Beethoven at such short notice proved difficult, yet his ultimate sonata found its range quickly in a tense first movement. The restless mood was gruff and almost undefined, the stop-start nature evident despite some frantic counterpoint. As this theme developed Tiberghien lost a little tension, but applied this once again even as the ‘Arietta’ melody took shape. Of all ‘late’ Beethoven this is perhaps the closest the composer comes to achieving pure stillness in music, and Tiberghien succeeded in progressing the structure on two levels – each variation at a time, but with an eye on the final goal.

Toward the end it was impossible not to draw anticipations of Chopin: this was a performance that veered to Romanticism. When Tiberghien reached a sublime close, he was able (and allowed) to sustain a good half-minute of silence – a most appropriate gesture.