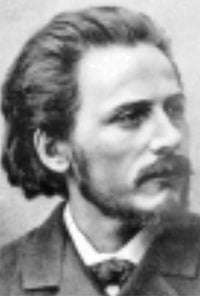 This Chelsea Opera Group performance of “Cendrillon” raised the perpetual ‘Massenet Question’, the enduring debate about the composer’s merits. To supporters, Jules Massenet (1842-1912) deserves the continued admiration that he enjoyed in his lifetime. To his critics, who have held sway for decades, the jibe “fille de Gounod” is a fair estimate of a lightweight composer who takes advantage of a melodic gift to achieve trite effects, coupled with the use of substantial orchestral forces to create an illusion of depth and significance.

In the musical world prolificity is often an excuse for under-estimation. Massenet wrote operas with a facility to match Mozart or Verdi. Furthermore, the works that survive cover a wide range of styles. The lofty idealism of “Le Cid”, the Sturm und Drang intensity of “Werther”, the clash between carnal lust and faith in “Thaïs”, the verismo melodrama of “La Navarraise”, the mythical setting and Wagner-influenced music of “Esclarmonde” represent an unarguable diversity … and I haven’t even mentioned his most popular work!

It could be said that Massenet’s operas rarely disturb or provoke inquisitions, in the way that the mature works of Mozart or Verdi constantly do, but the belief that they are purely decorative is a product surely more of post-modern cynicism than accurate analysis. “Cendrillon”, like its composer, is more an innocent victim of bad timing. It was first produced in 1899, a mere fourteen years before Stravinsky’s ballet score The Rite of Spring was also first-heard in Paris and associated inevitably with fin de siècle indulgence. It has been difficult for this opera to avoid a reputation for trivial escapism or its composer one for neglecting progressive developments in music. Massenet and his librettist Cain played into their later critics’ hands by preferring the sentimental Perrault version of the Cinderella legend, avoiding the macabre, even gory details of the Grimm brothers’ affair.

The opera, viewed without prejudice, has a number of admirable features: vividly drawn characters, imaginative orchestration, economy of means, seamless construction and a Shakespearean balance between the two contrasting elements of sentiment and comedy. If these tended to be obscured in the aftermath of World War One, when Massenet’s decline in critical esteem gathered pace, we can now be more objective. This performance, musically at least, should have pushed the case for “Cendrillon” a little further forward.

The title-role was sung by the Lithuanian soprano (and recent graduate from Jette Parker Young Artist to Jette Parker Principal at the Royal Opera) Liora Grodnikaite, the subject of an interview on this site in 2007. Hers is a voice with, as yet, undeveloped individuality but unmistakable scope. Her lengthy first scene was largely passive, with subtle suggestions of tiredness in her slight use of portamento. When she came to respond to the fairy’s supernatural gifts, however, she opened up impressively (“Je ris, je ris”). One felt that even when singing loudly there was plenty in reserve.

The highlight of her performance, indeed of Massenet’s writing, was in Act Three, her flight from the ball. The orchestral colouring around the description of the sinister statues which intimidate her (mainly low strings and woodwinds), the sudden halt when she is frightened by her own shadow, the breaking-in of the church bells and her imitation of them, all are confirmation of a great theatrical composer, probably also of one who could have excelled in film music.

The composer’s allocation to a mezzo-soprano the role of Prince Charming is a possible source of this particular opera’s neglect. It was challenged in the late 1970s by the only studio recording of the work yet to be made, where the role was sung by a tenor, Nicolai Gedda. I note also that Central City Opera and New York City Opera produced the work in 2007 with a tenor. I am indebted to Christopher Fifield’s programme-notes for an argument for the use of a mezzo, namely that Cendrillon and Prince Charmant are alter egos, two aspects of the same psyche and so must logically be impersonated by the same voice-type.

Emma Selway played the part here. Massenet had in mind the so-called falcon soprano, a voice of dramatic size supported by a dark mezzo-ish lower register. Selway fulfilled the second condition but one felt she was stretching her vocal strength to compete with Grodnikaite in their duets. A perceptible beat entered the tone under pressure. She was, however, quite convincingly male, appearing in trousers and having the physique du costume that Massenet insisted upon for the original protagonist.

Elizabeth Sikora as the domineering matriarch Madame de la Haltière did not always resist the temptation to over-act: the humour was certainly broad in the scenes in which she participated but the lack of opportunities for stage-business encouraged exaggerated mugging. Nevertheless, the scenes involving her family were memorable, especially the deportment lesson she gives to her daughters in the second scene, seconded by their self-satisfaction, the fussing of the dressmakers and the laughter of the servants at the absurdity of it all. As the daughters, Anna-Clare Monk and Harriet Williams were no ugly sisters, absurdly preening but without malice, and sang handsomely.

Judith Howarth as La Fée (fairy godmother) was certainly distinctive in her bright green gown and in her interpretation. She produced the full-toned sound of a dramatic coloratura, and there was no fragility about her presentation of the character: this was a practical, business-like benefactor. The roles she has sung with Chelsea Opera are an admirable addition to an ever-swelling CV.

Pandolfe is in many ways the most endearing, arguably the most interesting character in the opera. His is the first and last solo voice to sing. His character is richly drawn and undergoes a dynamic development in the course of the action. He seems to have inspired Massenet to particularly heartfelt music. His opening scene has solo woodwind lines twining around nostalgic reminiscence. He is soon to be the wimp, henpecked by the female fraternity which he has so unwisely joined, at great cost to himself and his daughter but there are already signs of an assertion of self-worth, as he ends the piece declaring a desire to be master in his own house.

The first Pandolfe was the legendary French baritone Lucien Fugère, whose operatic career lasted more than 60 years and the finely-preserved state of whose voice is evident in recordings made in his eighties. Roderick Earle was announced as suffering from tracheitis and was clearly singing under difficulties: his volume was attenuated and the long phrases in Act Three, when Pandolfe comforts his daughter with promises of a return to the country, opened up some cracks in the voice. A clear conception of and identification with the character could, nevertheless, be detected. Philip Sheffield stood out in his comic part and all the minor roles were strongly sung.

To make up for the absence of props (except the blue wiry object representing the glass slipper), the performers made rather more exits and entrances than is usually the case in COG performances and did not take up seats facing the audience when not singing. Grodnikaite created a consistently forlorn character and drew one’s attention, even while others were singing. Though quite tall, she moved diffidently until the final scene. She performed without a score.

All the soloists offered commendably clear enunciation of the text. This underlined how flexible Massenet’s setting of words is: he does not allow a rigid musical shape to dominate natural freedom of expression. Cain’s scenario does demand elaborate scenic effects, indeed Albert Carré’s Opéra Comique, where the première took place, was renowned for the potential of its stage machinery. Massenet’s score is also full of detailed theatrical instructions. In a concert performance much of this was inevitably lost.

I was surprised at the lukewarm applause granted Dominic Wheeler on each of his returns to the podium: I had found him a first-rate conductor of nineteenth-century Italian and French operas on his previous appearances with COG and he was equally estimable here. His control of the varied musical styles could not be faulted. The co-existence of music of the utmost delicacy with blazing fortissimos and heavyweight orchestration seemed entirely logical in his hands. The enterprising instrumentation was allowed to register, such as the part for xylophone, entirely typical of Massenet, though rarely acknowledged. The seventeenth-century pastiche in the ‘Prelude’ prominently projected the pageantry it depicts. Though the second-act ballet-music was largely cut, the exquisite ‘concert mystérieux’ which began that act was greatly to the credit of the COG orchestra’s flute and viola soloists.

This was not a typical COG choral opera: the main female choral element was embodied in the six spirits, while the men generally sang in fragments. I hope these singers relished their contributions, which were essential to a thoroughly enjoyable performance, which may even be seen in the future as an important step along the path of Massenet’s rehabilitation.