The Orchestra conducted by John Rigby 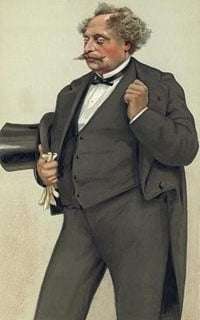 When Alexandre Dumas (fils) first published his novel “La dame aux camellias”, it was an immediate success. It was quickly adapted for the stage and in its time it has starred the likes of Lilian Gish, Tallulah Bankhead, Duse, Réjane, and Sarah Bernhardt. Giuseppe Verdi turned it into an opera, “La traviata”, and later many film adaptations came along, the most famous perhaps being “Camille” with Greta Garbo, although other versions have the title role played by Bernhardt again, Nazimova, Theda Bara, Micheline Presle and Isabelle Huppert among others.

For their new musical, Boublil and Schonberg may have used it as inspiration but there the resemblance ends, for this is no “Camille” or ‘traviata’, but an updated plot set during the Second World War in Occupied France. As it concerns a woman who is having affairs with both a Frenchman and a German, another book-turned-play-turned musical, “Cabaret”, the story of Sally Bowles, may be evoked here, but “Marguerite” is short on both humour and real heart to make it as endearing as the Berlin stories of Christopher Isherwood, that were adapted for the stage by John van Druten for “I am a camera” and subsequently the Kander & Ebb “Cabaret” musical and film. That said, however, it has its own brand of charm.

What success it has lies in the music, not something that can always be said about new musicals (note: “Gone with the Wind” is to close prematurely!). The music for “Marguerite” is by Michel Legrand, one of the most prolific of film composers and the master of the romantic melody. He is probably still best remembered for his sung-through score for the Jacques Demy film “Les Parapluies de Cherbourg” which, in 1964, was a long way away from, say, Andrew Lloyd Webber’s “Evita”, which tried the sung-through device in Alan Parker’s film but without too much success. “Marguerite” also recalls Sondheim’s “Passion”, another sung-through show.

Michel Legrand is an Academy Award-winner for such movie scores as “Summer of ’42” and “Yentl”, as well as Oscar nominations for film-songs including ‘I will wait for you’ (from “Les Parapluies de Cherbourg”), ‘What are you doing the rest of your life?’ (from “The Happy Ending”), the songs from “Best Friends”, “Pieces of Dreams” and “Yentl” and, of course, ‘The windmills of your mind’ from “The Thomas Crown Affair”, which won an Oscar in 1968.

Legrand has written for every type of movie genre, first in France for Jacques Demy’s other films including “Lola”, “Les Demoiselles de Rochefort”, “Peau d’ane” and in particular for “Baie des Anges”, in which the music is integral to the film and almost becomes another character in this drama about obsessive gambling. Legrand has written for other films as diverse as “Play dirty”, “Ice Station Zebra”, “The Go-between”, “Wuthering Heights”, “Lady sings the Blues”, “The Three Musketeers”, “Gulliver’s Travels”, “Never say never again”, “Predator 2” and many others.

“Marguerite” is a rare excursion into theatre for Legrand but his score is eminently attractive and shows the composer’s versatility in tackling different musical genres. The opening number ‘Come one come all’ has a touch of the Sondheims about in its harmonics and the sly lyrics, whereas ‘Jazz time’ is pure swing. Some of the ballads are impressive such as ‘The face I see’ which Marguerite sings to her mirror. The Company has a good song called ‘Day by day’ which is reprised several times to bring the story up to date. ‘Waiting’, a duet for Marguerite and Armand, works well and especially because both Ruthie Henshall and Julian Ovendon have very strong voices and put the material across with force and passion. Armand’s second-act solo, ‘What’s left of love’, shows what an excellent musical performer Ovenden is. Here he demonstrates that he is a dab-hand on the piano too. (He also plays trumpet and trombone, but not in this show, and has recorded an album of Irving Berlin songs and appeared in cabaret in New York.)

The other principal actors are good in their roles: Alexander Hanson as Marguerite’s German lover is a real bad lot, but Simon Thomas as the Jewish Lucien is sympathetic and, with his girlfriend Annette, Armand’s sister (Annalene Beechey) has a touching song, ‘Take good care of yourself’, to close the first act. The Company as a whole does the material proud but the second act is so downbeat – persecution of the Jews, Annette being tortured by the Germans, her friend Pierrot squealing on his colleague, and the ultimately tragic ending – that the show takes a turn for the worst in the book, from which it never really recovers. Paul Brown’s designs are sumptuous and evocative of a bygone era. However, for a new musical, it is better than most and is really down to Legrand’s lush, romantic and melodious music, the vital ingredient that holds everything together.