Leonard Bernstein’s “Chichester Psalms” has established itself firmly in the choral repertoire and is probably the most widely-performed of Bernstein’s concert works, though it is rarely given with the forces as originally intended – a large all-male chorus who originally came from the cathedral choirs of Chichester, Salisbury and Winchester when the Southern Cathedrals’ Festival was held in Chichester in 1965 and for which occasion it was commissioned. 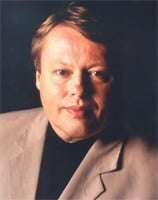 I must take issue with the LSO’s programme note that described “Chichester Psalms” as “one of Bernstein’s most Jewish works”. The Jewish connection in this instance is solely that of the text – Bernstein sets the psalms in the original Hebrew – rather than the musical idiom. Much of the material was intended for Broadway and was re-worked for the psalm settings. In many ways it is one of Bernstein’s most unashamedly diatonic and ‘tuneful’ scores, displaying virtually none of the ‘angst’ which characterises his overtly ‘Jewish’ compositions such as the ‘Jeremiah’ and ‘Kaddish’ symphonies – the latter work the immediate predecessor to the Psalms. Wendy Thompson’s note describes the third movement’s instrumental prelude as ‘busy’ – no music marked ‘sostenuto molto’ can possibly be called ‘busy’ and Bernstein’s reflection on the opening chorale (a point not made) is laden with Shostakovich-like intensity. Furthermore, the touching melody of the Psalm 131 setting can by no stretch of the imagination be called a “chorale”.

Hickox encouraged strong choral singing from the mixed-voice London Symphony Chorus, and the colourful orchestration – with much percussion – registered in a most lively and headily exuberant manner in the first movement. Young Jesus Duque sang with touching simplicity in the central Psalm 23, harshly interrupted by the men (preceded by Hickox making a ritenuto when “non rit.” is explicitly marked in the score) and the clamour of Psalm 2 – “Why do the nations rage?”. The music of this was a discarded number from “West Side Story” – a factor not referred to in the programme, though the origin of the Psalm 23 melody was. The LSO strings brought a deal of passion to the opening of the last movement, and excessive sentimentality was avoided in Psalm 131, though the men were slightly under the note at the start. The short passages for solo voices were allotted to small groups of the chorus, with the sopranos commendably secure in their final, high-lying phrase. Hickox added an unmarked crescendo on the final “Amen”, but whatever quibbles one might have regarding this or that detail, it was a heart-warming performance, the music sounding as fresh and engaging as ever.

Less successful was the Barber where the words failed to register clearly. No text was provided – it was for the other works – and Laura Claycomb struggled somewhat to project, even against the relatively slimmed-down orchestration. I didn’t find her, at times, rather tremulous voice ideal for this song-cycle, and the strings often sounded too rich and Elgarian – more Malvern Hills than Knoxville, Tennessee. 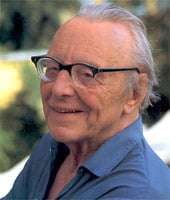 I must quibble again at the notes introducing “Carmina Burana”, the second sentence of which referred to Orff’s “apparent quiescence under the Nazi regime”, without any justification. It is too simplistic to make such an assertion and, arguably, a programme note is not the place to do it. There was no mention of any other works by Carl Orff, not even the others in “Trionfi” – “Catulli Carmina” and “Trionfo di Afrodite” – the theatrical triptych of which “Carmina Burana” is the first part. Orff’s distinctive orchestration was not alluded to; instead we were given a rather speculative synopsis of what “Carmina Burana” is ‘about’.

It is an oft-overlooked fact that Orff’s cantata was intended for the theatre, but Hickox and his forces certainly conveyed an appropriate sense of the dramatic. Once again, the chorus distinguished itself – pronunciation and word-endings were well-nigh exemplary – though I rather hankered for quieter singing in the passages where this is intended. The orchestra projected both the thrills and the tenderness of Orff’s scoring – some lovely rich bass sounds (contrabassoon making its presence felt) in the ‘Round Dance’, and the percussion consistently spot-on. The combined sonority of two pianos and percussion in two of the numbers sounded like uncanny premonitions of Steve Reich, and surely Philip Glass must have lent an ear – or two? – to some of Orff’s arpeggiated writing?

Christopher Maltman was absolutely magnificent in his taxing part. Baritones often have the strength for the middle-range, but duck the high notes – not so Maltman who had the musical and histrionic demands down to a tee. Barry Banks provided strong characterisation in the high tenor writing for the ‘roasted swan’ song. Good to hear a proper tenor – too often nowadays a countertenor is substituted. Laura Claycomb conveyed the vulnerability of the soprano’s music, seeming more comfortable in this idiom than she did in the Barber.

Hickox’s reading was urgent and responsive, though he did not always observe the increases in the metronome markings that are features of many of Orff’s strophic settings. Once having set a tempo, Hickox tended to stick with it. Even in the famous opening and closing choruses there should be sudden gear-shifts that were absent here. Nevertheless, the whole was largely satisfying, though perhaps one will hope in vain for someone to programme other works from Orff’s remarkable and distinctive output.