Boys of the Choir of St Paul’s Cathedral
CBSO Chorus 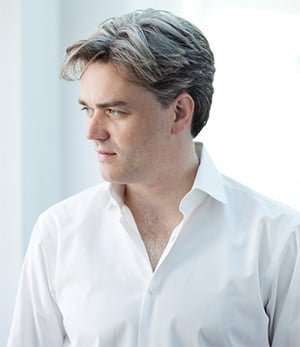 St Paul’s Cathedral is such a clear choice in London for performances of grand, sacred choral works such as Britten’s War Requiem that equally obvious disadvantages seem not so important. Near the front and under the Dome, I’ve rarely been so close to a performance; but a friend, sitting further back in the Nave, said that he’d have been better off listening to the relay on BBC Radio 3. The 130-strong CBSO Chorus could have been twice the size and its volume would still have disappeared behind the orchestra. It was fine for the disembodied mutterings of the opening ‘Requiem aeternam’, even more effective for the dying wails of the ‘Libera me’, but the blast of power in the ‘Dies irae’ lacked that vital, machine-gun incisiveness. The two other layers of Britten’s carefully plotted hierarchy – the two male soloists and chamber ensemble; and the boys’ choir and chamber organ – came across as the composer intended, one with disarming directness and the other with impersonal otherworldliness. Having the soprano at the front of the platform with the tenor and baritone, rather than with the chorus, made sense, as did having the one conductor in charge (rather than entrusting the chamber orchestra, here ranged immediately in front and to one side of him, to an assistant). 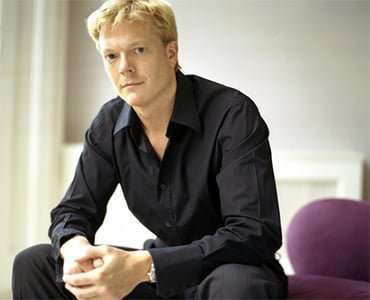 I’ve seen War Requiem described as an occasional work, usefully brought out to reinforce big public statements (such as this year‘s City of London Festival‘s “conflict and resolution” theme), but I doubt whether I’ve experienced such an intimate performance as this. Toby Spence, very much in the Britten centenary groove at the moment as Essex in ROH’s Gloriana, was devastating, in complete sympathy with Wilfred Owen’s poems, singing with a visceral blend of ferocity and tenderness that was overwhelming. There was that instant hit of connection (which you didn’t consistently get with Peter Pears), underlined by the sheer beauty and suppleness of his singing. 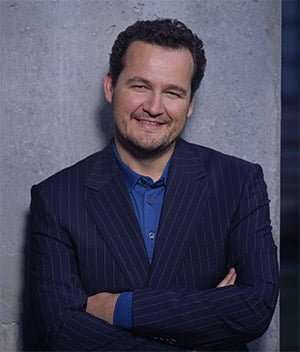 It was the first time I’ve heard the Canadian baritone Russell Braun, and it’s clear what all the fuss is about. His voice caresses and stirs, and he searched out the nuances Britten loads into the Owen poems with exceptional insight. Like Spence, he got to the heart of the music and poetry with an unforgettable mix of unmannered ease and profound modesty. Listen to the BBC iPlayer and be totally caught up in Spence’s anguished ‘What passing bells’ or the extraordinary, remote sweetness of his ‘Dona nobis pacem’; and Braun just got better and better, from the hushed distraction of ‘Bugles sang’ to the bleak power of ‘Be slowly lifted up’ (with Edward Gardner engineering a superbly crafted return to the ‘Dies irae’). As for ‘Strange Meeting’ – well, Britten gave both parts vocal and dramatic opportunities, which these two great singers realised with a singular, masterly intelligence.

The Russian soprano Evelina Dobraceva had a brilliance and attack reminiscent of but slightly warmer than Galina Vishnevskaya’s imperious, confrontational style. Unsurprisingly, since she was detached from the chorus, not so effective in the ‘Lacrimosa’, she delivered a gleaming ‘Rex tremendae majestatis’ and a penetrating, ringing ‘Sanctus’, but I missed the almost-visual sense of her voice merging back into the chorus in the closing pages.

Gardner had a clear ear for Britten’s thrilling perspectives. He switched focus between chorus and orchestra and the excellent chamber ensemble with natural precision, and pushed the drama of the work on with operatic flair. The cataclysm he drew from chorus and orchestra at the climax of the ‘Libera me’ (just before ‘Strange Meeting’), honoured, if that’s the word, Britten’s creation of one the deepest black holes in music. Some, a lot, of the orchestral detail is probably still tangled up somewhere in the Dome of St Paul’s, but this was a performance you couldn’t fault for urgency and atmosphere.