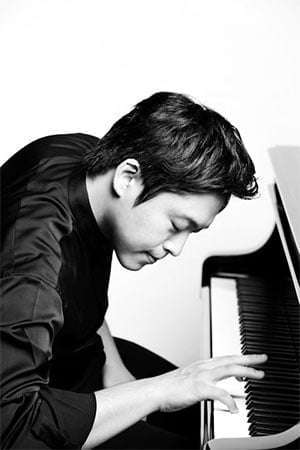 One of the biggest assets of the City of London Festival is its use of the great livery halls within the Square Mile. The venues, not normally accessible to the public, are ideally sized for such occasions, and the Stationers’ Hall, while placing performer and audience in very close proximity, exhibits the ideal acoustics for a piano recital.

Sunwook Kim began his intelligently planned programme with one of the most expansive of Scriabin’s ten Piano Sonatas. By the time of the Third, completed in 1898, the composer was working within stylistic nods to Chopin and more explicitly Liszt, but there are the unmistakable beginnings of future developments in an increasing preoccupation with the tonal area of F-sharp and a move towards single-movement unity. Although this work is in four, they are closely linked. Kim showed a keen grasp of structure and harmonic progress, playing with an impressive clarity. The open-fifths of the first theme set the bold tone, which the torrid scherzo also picked up, though its dappled trio provided a lovely contrast. In the finale, Kim’s closing bars turned briefly and triumphantly to the major, but ended under a cloud as the pianist returned us dramatically to the minor.

The piano music of César Franck is an unfortunate rarity in the concert-hall these days, which is a pity as the Prelude, Chorale and Fugue is an accomplished and affecting work. Kim’s reading brought transparency and depth to the elusive opening, with some lucid cascading figures in the right-hand, but with the music unable to decide on major or minor the mood was restless. The arrival of the Chorale was magical, heralded by silence but topped when the same figure returned fortissimo, its peals ringing across the Hall. Kim was again notably clear within the Fugue, which had a slightly brittle edge, but the elements of Prelude and Chorale were united with surety and grace.

Schumann’s First Sonata inhabits a similar emotional and formal world to Scriabin’s Third – not to mention sharing the same key. Judging by his demeanour Kim has a clear love for this piece, though he did not fully communicate the fire and brimstone of the first movement, despite being commanding and confident. His real strengths were to be found in the second theme of this movement, where emotions melted, and in the ‘Aria’, a message of love to Clara, which was taken slowly but with phrasing beautifully aligned. The lead out from capricious scherzo to the determined finale was ideally wrought and the transition from darkness to light was fully affirmative.

Having broken into a sweat with each of the three pieces, Kim displayed a feather-light touch for an encore, Schumann’s ‘Träumerei’ (from Kinderszenen) being a delight from first note to last. Once again it was a pleasure to experience music in the regal setting of Stationers’ Hall, but regrettably COLF’s evening events appear to have largely dispensed with the offer of interval refreshments. On a warm, humid evening this potentially compromises the enjoyment of the whole experience, not to mention increasing the likelihood of coughing during the performance. Happily on this occasion the audience was a healthy one.