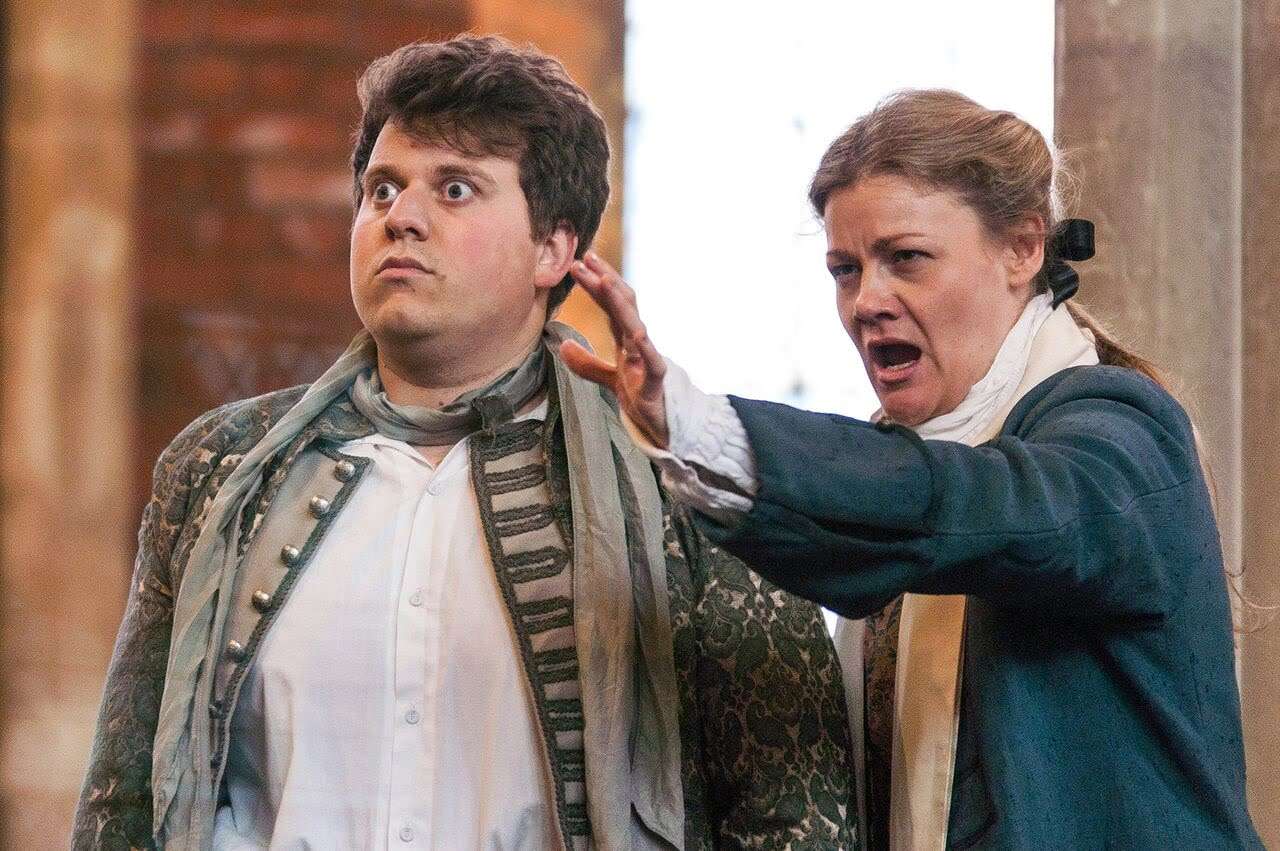 It isn’t every day that you hear a stage-work by an eleven-year-old, but then Mozart was no ordinary musician. This performance marked the 250th-anniversary of the premiere of a work that is not strictly an opera, but a sacred drama for Lent that was acted out on its first presentation in Salzburg, and can therefore claim to be the operatic point of entry by a genius whose output would culminate in some of the most highly respected compositions for the opera house.

Naturally Die Schuldigkeit des ersten Gebots (The Obligation of the First Commandment) does not reach anything like those artistic heights. One can argue whether there is any intrinsic musical merit in it – my view is that it is at least as good as any other stage-works by composers of the time (whatever their age) comprising some charming and idiomatic arias, but more objectively it must be of some passing or historical interest within the context of Mozart’s legacy.

Insofar as it has a plot, it is an allegorical drama standing in the tradition of such better-known works (straddling the genres of opera and oratorio) as Cavalieri’s La Rappresentatione di anima et di corpo and Handel’s Il Trionfo del Tempo e del Disinganno. The arias are long by more-modern notions of how a musical drama should be structured, but they gave ample opportunity here for the soloists to develop their characters through some very impressive singing, and for Ian Page to maintain considerable momentum in movements on an almost symphonic scale. 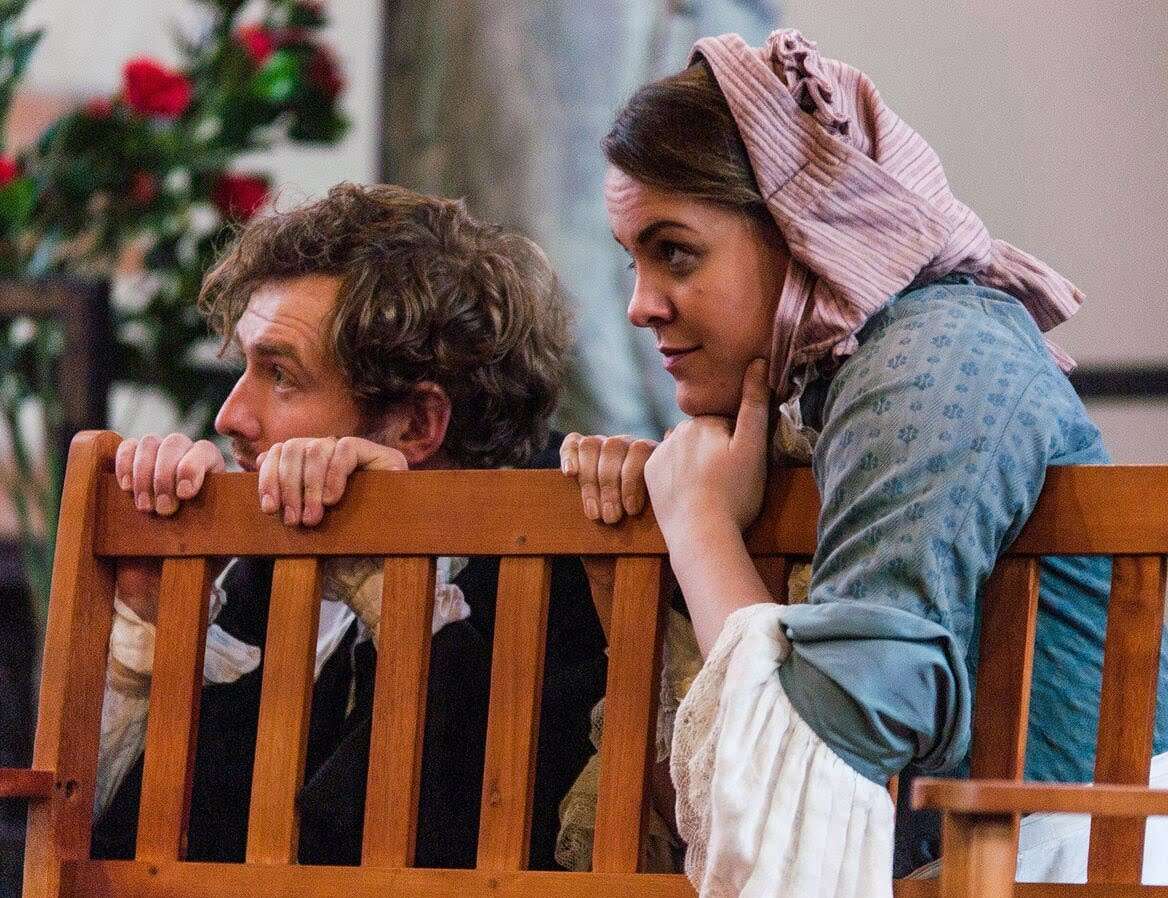 Sam Furness was a musically vociferous Christian Spirit, acting as a type of tutor or advocate for the feckless Christian, in commending to him the wisdom of obeying the First Commandment (“thou shat obey the Lord thy God”) and attempting to defend the latter’s case before the haughty scrutiny of Justice and Compassion. The grainy edge to Furness’s vocalism suggested the didactic, making the role somewhat like a more austerely sincere or earnest Don Alfonso.

Gemma Summerfield and Helen Sherman as Compassion and Justice respectively were suitably hectoring, Summerfield with a more burgeoning, smothering tone in her aria ‘Hear the hungry lion roaring’, and Sherman the more wiry and direct. As the latter mesmerises Christian with a vision of mortality and judgement, one might think of a somewhat spiteful and less sympathetic precursor to Despina when she rouses the swooning Albanians in Così fan tutte.

If Rebecca Bottone’s Worldly Spirit and her wilfully elaborate coloratura foreshadow any later Mozart role it would be Konstanze rather than the Queen of the Night, as she playfully attempts to lure Christian back to a life of pleasure in singing her music with an attractive lightness of touch rather than pushing it too forcefully or volubly. Although it was announced that Alessandro Fisher was suffering from bronchitis, that little hindered his lyrical assumption as Christian except to result in some strain in the higher register. He still captured a sense of the character’s being morally and existentially adrift, particularly in the moving aria reflecting upon his vision of judgement ‘Words of thunder like a bell’, accompanied by Stephanie Dyer’s sonorous, if a little reticent, trombone solo. 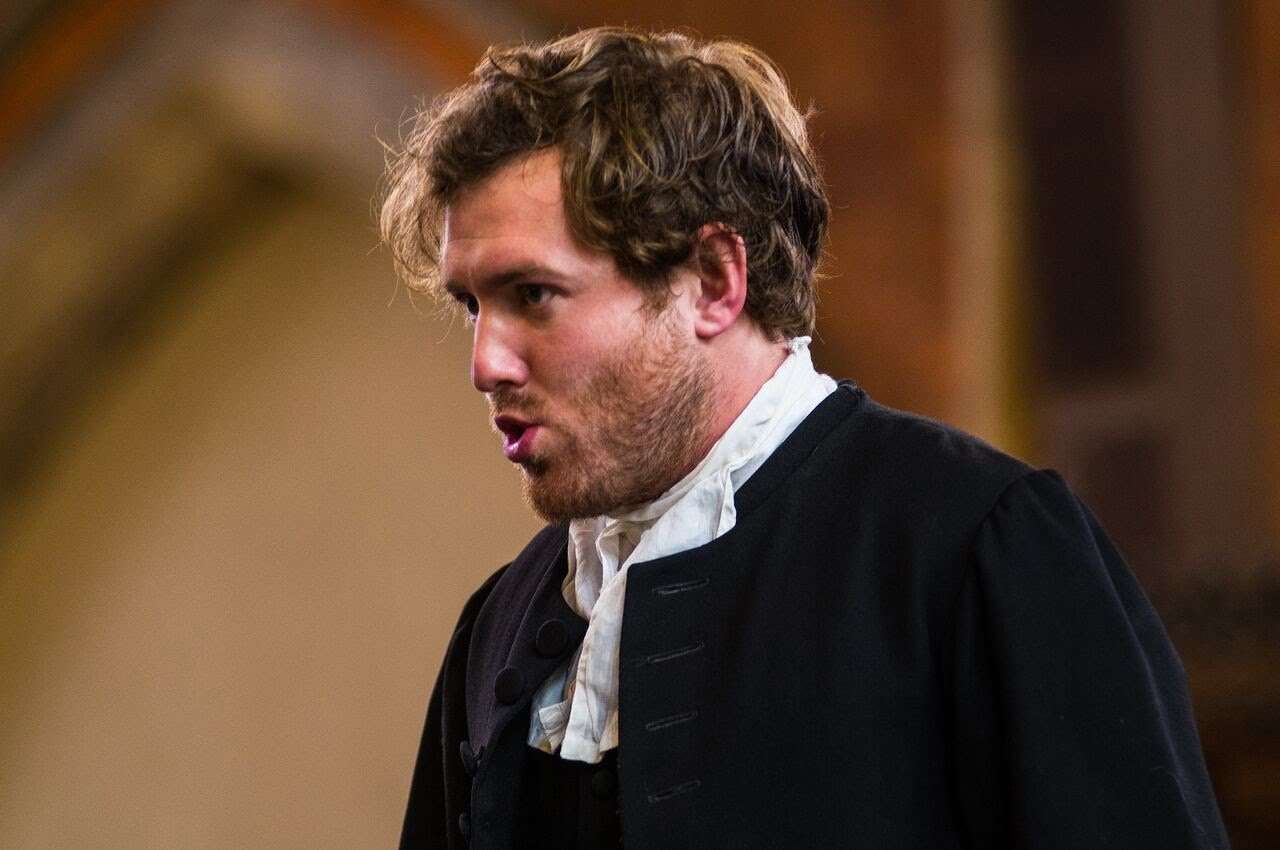 Thomas Guthrie’s production kept things simple by staging the drama in ‘period’ dress, more or less contemporary with the work, and allowing the vigour of Mozart’s score under Ian Page’s alert direction to speak out with immediacy and as vividly as in his recording of (though with an entirely different singers). Christian Spirit, Compassion, and Justice came down among the audience to view with them Worldly Spirit’s wiles to draw Christian back to her sphere. Having laid out the moral issues at stake, we are left to ponder what decision to make when Christian is eventually led away.

Although it is true that the two other parts of the work (by Michael Haydn and Anton Adlgasser) are lost, Mozart’s contribution belies his youthfulness with its astute depiction of character throughout, and in a final, attractive trio, Christian Spirit, Compassion, and Justice are left to remark that “they are saved who do their best”, rather as the angelic messengers of God’s mercy will do in the second part of Goethe’s Faust.