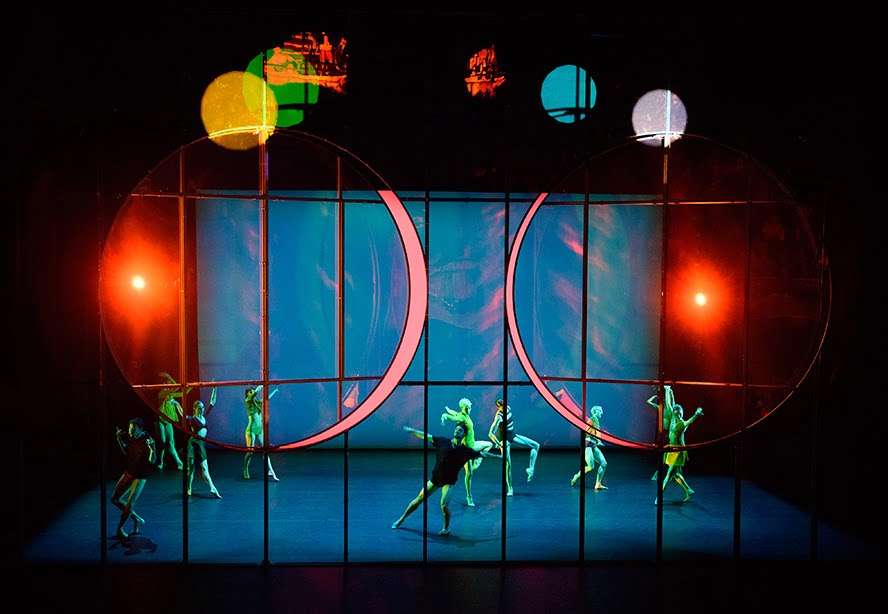 The achingly contemporary Tree of Codes, a much-vaunted collaboration between the neophile choreographer Wayne McGregor, visual concept artists Olafur Eliasson and musician Jamie xx (of xx the band fame), reminds most of the the ballets à grand spectacle, in fashion towards the end of the nineteenth century. Perhaps the most famous (or notorious) of these was Excelsior, an 1881 confection originally featuring some 600 performers, which represented the journey from Obscurantism to Light, and which presented twelve tableaux that included the construction of the Brooklyn Bridge, Volta’s discovery of the electric battery, and the opening of the Suez Canal.

In many ways, Tree of Codes is similar to that, not in the forces marshalled – fifteen dancers, nine from McGregor’s own eponymously named ensemble, six from the Paris Opéra Ballet – but in its desire to portray ‘something’. In this case, it draws directly on Jonathan Safran Foer’s Tree of Codes, a work constructed by literally cutting words and phrases out of another literary work, Bruno Schulz’s The Street of Crocodiles.

Cue 75 minutes of at-times impressive stagecraft, brilliant lighting design and the indefatigable exertions of the dancers, who deliver the choreographer’s movement with unfailing commitment. Tableau succeeds tableau, with the dancers in varying configurations to Jamie xx’s not un-engagingly varied musical composition, but as to what it all means, there is no clue. One assumes that they grow out of sections of Safran Foer’s work, but they could equally be marking the discovery of radiation, the St Bartholomew Day Massacre or the birth of Oscar Wilde.

McGregor has been accused of over-thinking and over-complicating some of his ideas, but here it seems that he has opted to go for pure dance without any underlying narrative, the original inspiration for his choreography so processed as to disappear completely. Instead, he engages fully with his designer to create a visual world in which his dancers and his sets, lighting and music combine to produce un grand spectacle; no more, no less. 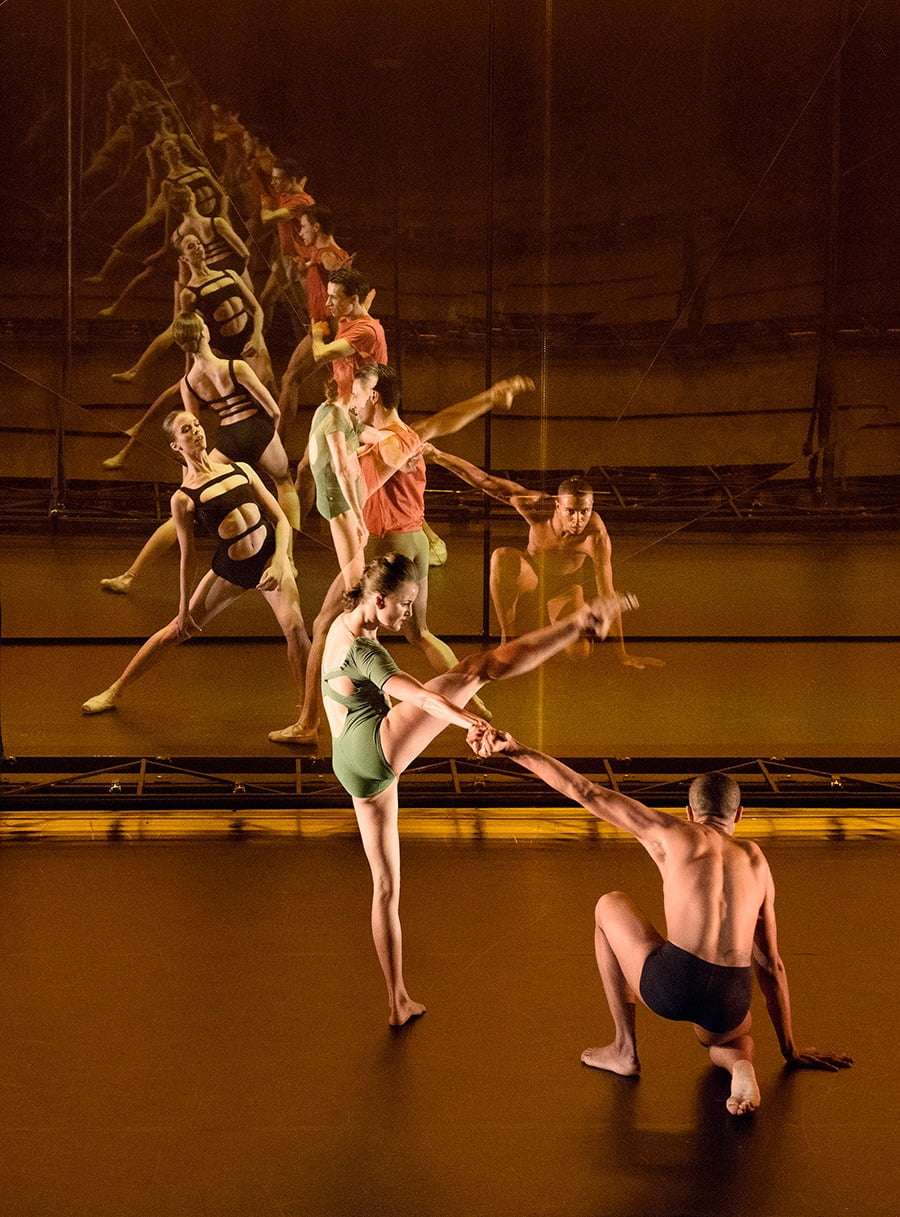 The key visual theme is the use of mirrored surfaces and the play with reflection – panels move and shift to throw visually arresting dancing doppelgängers, while at times shafts and slivers of pure light bring the effect of a bright moon in an inky sky. The work commences in black-out with the dancers wearing black body-suits studded with lights, creating a shifting choreography of the stars, while it ends as stage-wide-and-high panels of Perspex descend to create corridors in which the dancers move.

McGregor delivers his trademark, somewhat predictable movement vocabulary, characterised by lunges, hyper-extensions, shakes and almost grotesque distortions of the body. His dancers, clad for the most part in ‘nude’ pants and bras, cannot be faulted, although it is hard to discern what the six Opéra dancers bring specifically to the party, even if the presence of two étoiles, Marie Agnès-Gillot and Jérémie Bélingard, brings undeniable lustre to the proceedings. Instead, it is dancers from McGregor’s own company that catch the eye most, not least the elfin Alvaro Dule, whose body control and balance in adagio as well as his quicksilver allegro made their mark. Travis Clausen-Knight, overcoming at one point a bilious yellow loose top and 1950s baggy scout shorts – an outfit which wins outright the evening’s Most Unflattering Costume Award – was notable for the weight he gives his dancing and the power of his stage presence; he is a dancer to whom the eye is drawn when he enters the stage. 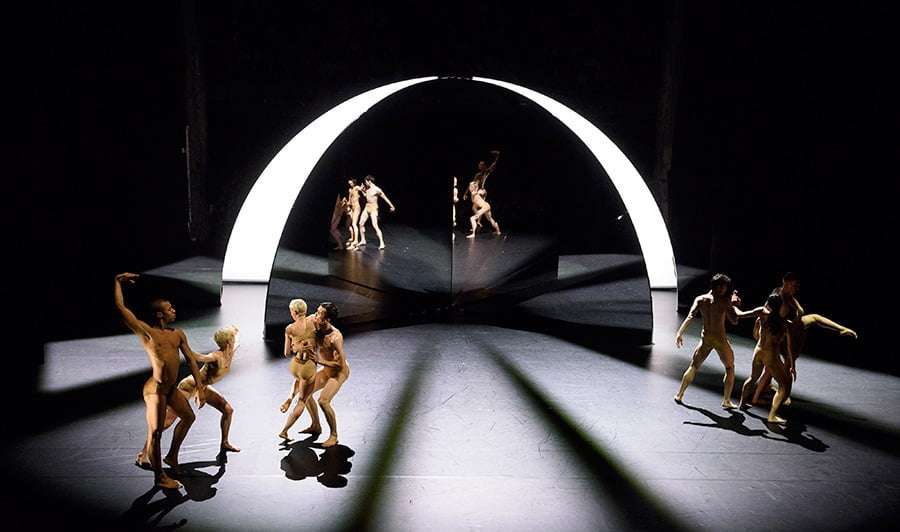 Tree of Codes is essentially a very simple work. However contrived its genesis seems to have been, its creator has left all influences far behind to create something which, for all its visual impact, remains a McGregor work through and through, existing purely for and in itself. However, without a perceivable depth of meaning behind what we see, we are left with just that, simply what we see, and no more. We may be impressed at the time, but the effect of any section dissipates with the scene change, and we wait for the next coup de théâtre. The ballet à grand spectacle was popular in its time, but that time ended, and it now exists in essence in the history books; in being so very resolutely ‘of his time’, McGregor runs the risk of making the same journey.