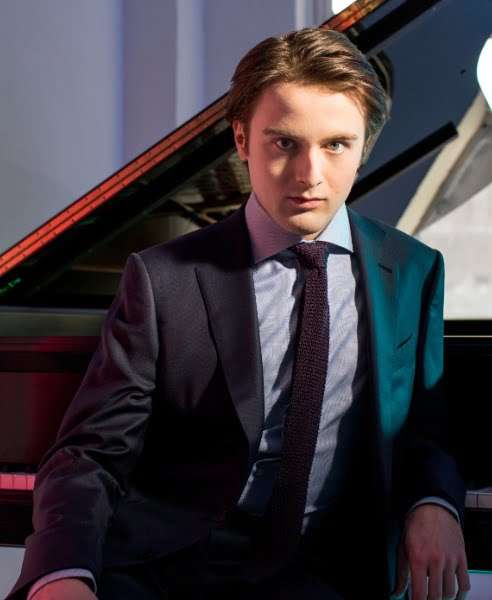 The prize-winning Daniil Trifonov, currently 25, graced Wigmore Hall with this generous and demanding recital that covered a lot of emotional ground.

It was Trifonov’s sinister left-hand to open (and to close, for meditative Scriabin provided the encore) with Brahms’s re-working of J. S. Bach’s violin ‘Chaconne’, a made-clear and tonally spare reading capturing the abstract monumentality of the music while also allowing a window into Bach’s and Brahms’s respective souls, confirming that formality and deep expressiveness can go hand in hand, well, hand.

Then to one of Schubert’s finest Piano Sonatas, its first movement unfolded liberally by Trifonov with a Richter-like spaciousness and capacity for transportation, after which the ‘second’ slow movement came initially as light relief, until tempestuous elements bluster in. Heavy-footed elves were at play in the Scherzo, contrasted with the musical-box Trio, and then came the foil of the capricious Finale, which Trifonov gave with airy insouciance and roulades of diversity, eventually coming to peaceful rest.

The interval would have been welcome now, save that Trifonov stormed straight into the First Book of Brahms’s Paganini Variations, on the famously spawning Caprice No.24 for violin, given with serious intent, touching lyricism, and no shortage of sky-high fireworks when required. Believe me, after 75 minutes of demanding piano music, the ears needed a rest, the legs a stretch, and all of me required a glass of red-blooded wine.

Rachmaninov’s First Piano Sonata has a Faustian background. It’s a big and dramatic piece, vividly characterised and complex in its structure and moods. Trifonov was its master, his supreme technique and probing intellect squaring up to the music’s many demands. The first movement brooded and took flight, always soulfully underscored by both the composer and this pianist. The dreamy second movement conjured a beautiful reverie, bathed in ecstatic trills near the close, and the Finale was driven by the Devil, Trifonov in league, before reminiscing on earlier motifs and riding to a majestic conclusion. In many ways this was a revelation; thank-you Daniil Trifonov.