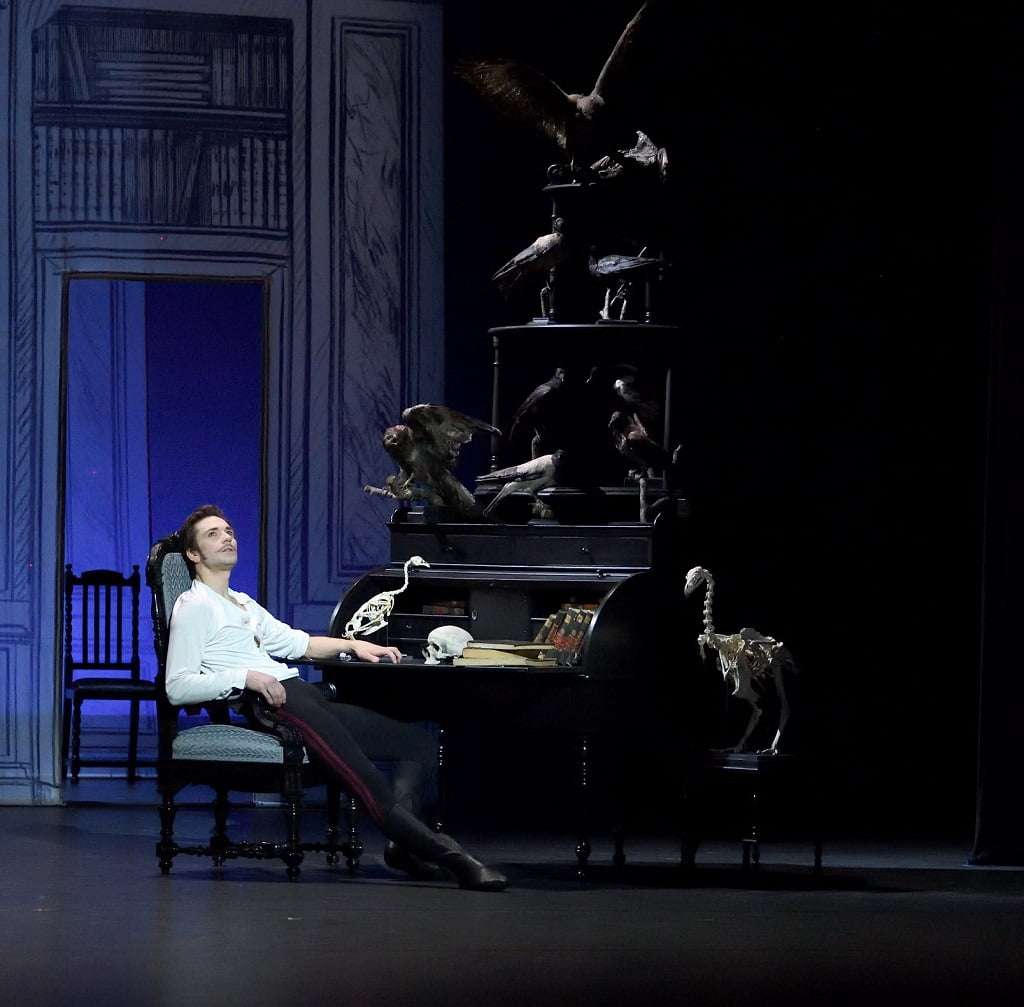 Stuttgart Ballet’s new production of Kenneth MacMillan’s dark three-act masterpiece Mayerling is a triumph in almost every respect. Not only is the company the first German ensemble to perform the work, but it is given in highly intelligent, scenically arresting new designs and costumes from the legendary Jürgen Rose, who, now 82, was persuaded by company director Tamas Detrich to undertake the mammoth task. The choice of Rose was inspired: he brings not only a lifetime of experience of designing for the stage, but he is intimately linked both to the company and choreographer, having worked extensively with both John Cranko and Kenneth MacMillan.

Rose’s designs are a radical departure for those familiar with the originals for The Royal Ballet by Nicholas Georgiadis. Gone are the opulent colours and in comes near monochrome, greys, blacks and whites, expertly highlighted and offset by flashes of colour. Gone too the solidity of the sets, replaced by scrims and gauzes which shift from opaque to transparent under the lighting; Rose has, however, sourced furniture original to the period and even a genuine carriage. This is an evocation of the Hapsburg court which, as Rudolf slips downward to self-destruction becomes more and more abstract until, in the final suicide scene, there is no set, rather a brilliant white backcloth, time and place erased as the two young suicides lie dead. It is brilliantly conceived and a valid interpretation of a familiar work. Costumes are exquisitely made, from the courtly opulence of the Hofburg ball to the demi-monde of Mitzi Caspar’s tavern/brothel and even the hunting party, moved out of Georgiadis’s winter furs into autumnal lederhosen and trachten. 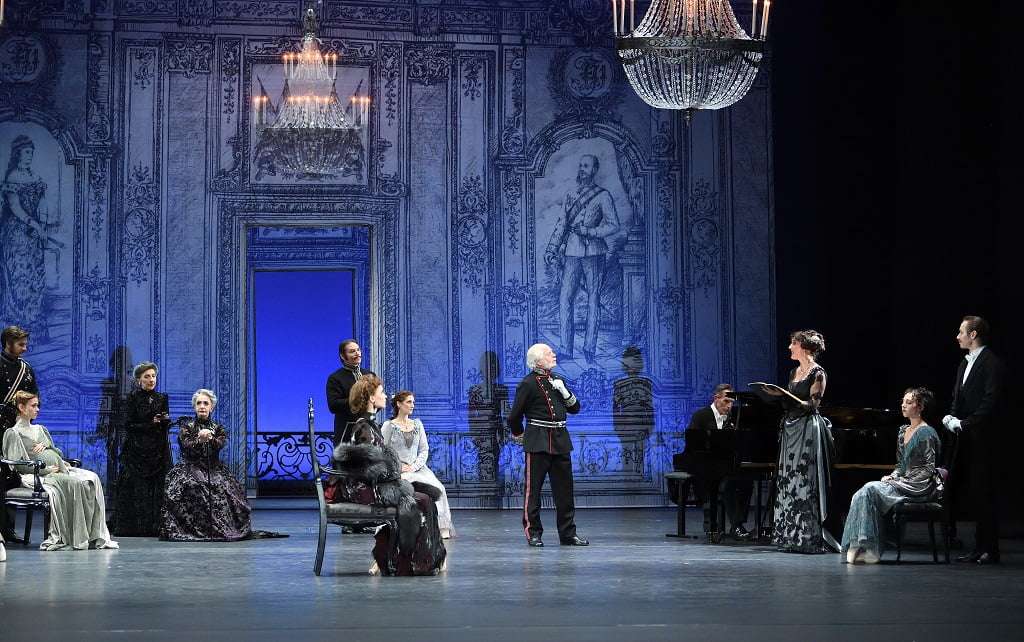 Three cheers too for Mikhail Agrest and the Staatsorchester who have audibly worked hard to bring out the extraordinary richness and varied sonorities of John Lanchbery’s masterful arrangement of Liszt. In Stuttgart, this score was a new experience for both conductor and orchestra who have approached it with engagement and respect, making it sound fresh and singularly right. Agrest elicited magnificent playing, with warm string sound and emphatic brass. Time and time again, the detailing in the score was brought out in a way not heard in London.

But there is no Mayerling without a Rudolf. Friedemann Vogel, one of the world’s finest male dancers, took on this mammoth role, the first of three Stuttgart Crown Princes. It now stands as a considerable achievement in his artistic maturity, such was the intelligence he brought to this complex and many-layered part. His Crown Prince was just that, a young man brought up to be Emperor, and his off-hand arrogance was portrayed with perhaps greater clarity than any other interpreter your critic has seen. Vogel cuts a handsome, elegant, noble figure and approaches the choreography with his usual purity of movement which makes his descent over the course of the ballet all the more tragic – some Rudolfs appear damaged and vulnerable from the start, but Vogel makes him almost dislikable and certainly the violence and casual humiliation of his bride Stephanie on their wedding night were uncomfortable to watch – this prince is not only used but relishes pushing his women around. He is a hugely strong partner, easily possessing the stamina to execute all seven major duets, yet still showing with care the way his character dances and acts differently with each of five women. Vogel charts Rudolf’s decay and disintegration with alarming verisimilitude, his drug taking produces blanks stares and zombie-like movement, his syphilis-induced blinding head-pain is sudden as it is shocking. Vogel will, no doubt, deepen his interpretation further, but it was, on first night, already the real deal, a performance to cherish. 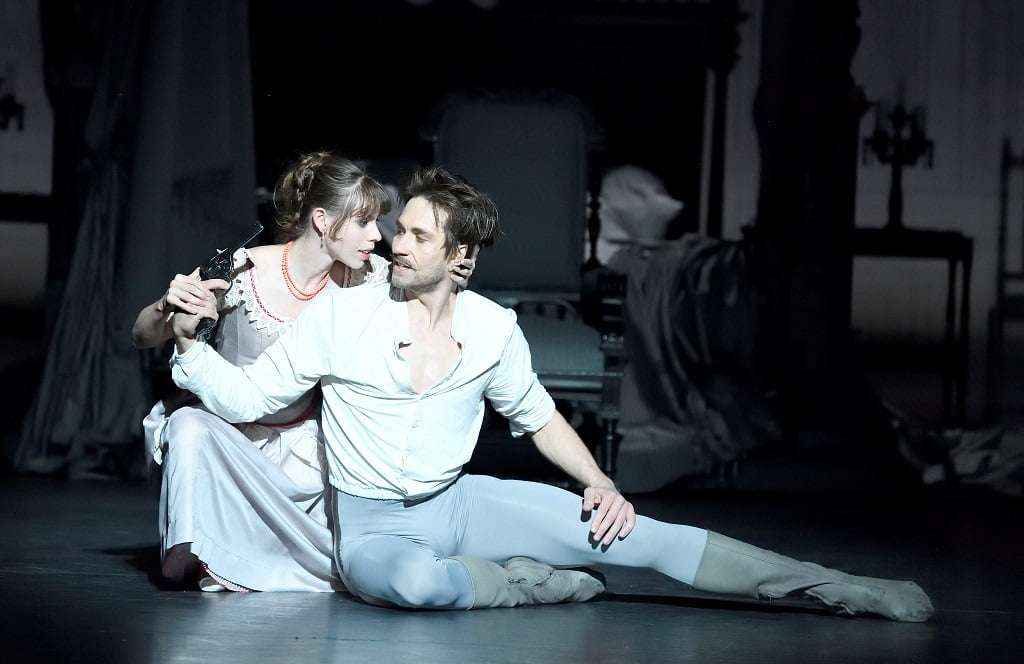 His nemesis/salvation Mary Vetsera was danced by Elisa Badenes who threw herself fully into the excesses of this teenage seductress who becomes the only woman truly to understand Rudolf and all his perversions. She is a fearless artist who launched into every move, however extreme, with evident relish. Her Mary finds her fulfilment in Rudolf, she egging him on, he pushing her further; their first pas de deux saw a Salome-like innocent depravity as one felt that her every move and reaction was as much as a surprise to her as to him. Badenes brings a strong, yet pliant body to the contortions of the role yet always maintaining the arc of her interpretation.

Casting from strength for the other women in Rudolf’s life, with Alicia Amatriain eagerly taking on the manipulative puppeteer side of the Countess Larisch while portraying her devastation at no longer being the object of Rudolf’s desires. No moment was more powerful, however, when, having been dismissed by a furious Empress, she stares blankly ahead, her entire world having crashed around her. A sparky Anna Osadcenko made sure that her Mitzi Caspar dominated the tavern/brothel scene with open, unashamed movement and brazen sexuality, while the young Diana Ionescu was an unusually tall Princess Stephanie, Rudolf’s bride, who impressed greatly not only with the finely carved nature of her dancing and beautiful line but also a burgeoning dramatic side, which made the horrors endured by this innocent at the hands of her perverted husband palpable. There is more to the Empress Elizabeth than simply being glamorous, and Miriam Kacerova does not yet quite have the measure of her crucial scene with her son Rudolf in terms of the nature of their relationship, or lack of such. However, she then hit her stride with her dancing with Colonel ‘Bay’ Middleton, her lover (given a little too much of the ‘English’ treatment by Roman Novitsky) and was superb in her dismissal of Larisch. 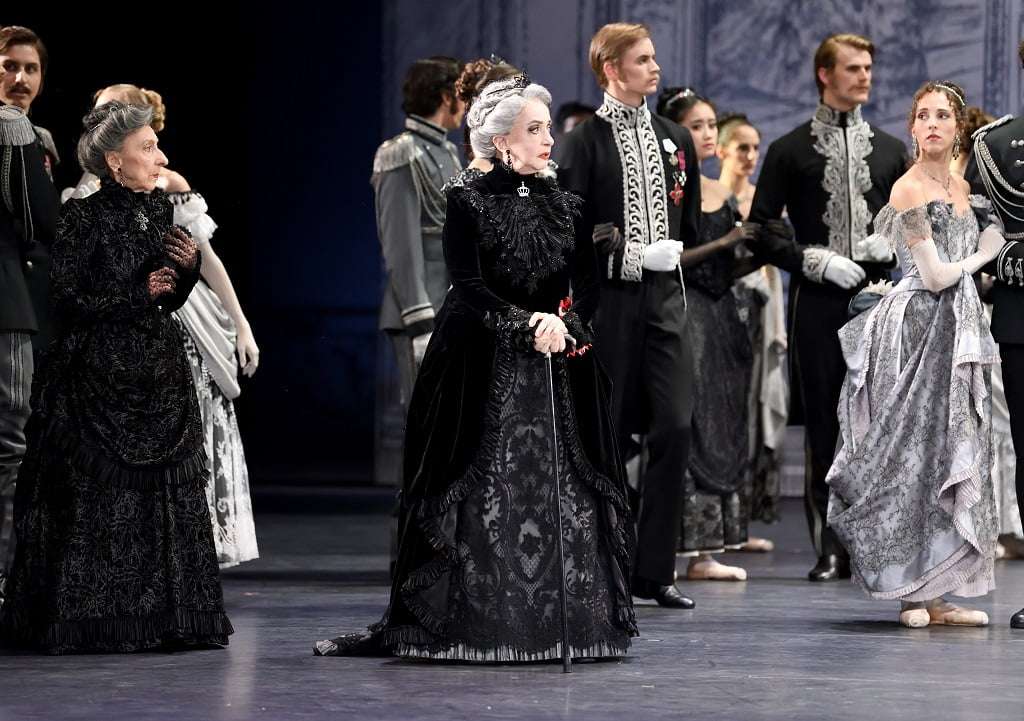 This is the last ballet which benefits from niceness, so there is a need for a little more aristocratic harshness from the court ladies towards the maids in Stephanie’s chamber and, superbly danced from a technical point of view Adhonay Soares da Silva’s Bratfisch may have been, little or no character came across, an all-purpose balletic stage smile where a multitude of emotions should play on his. His final dance at Mayerling must contain desperation, a hopeless attempt to deflect his master Rudolf for the path he, Bratfisch, knows he has chosen. Bratfisch is an important character, appearing at the ballet’s beginning and end – he needs to be acted with with intensity.

A trio of veteran artists who all remember Kenneth MacMillan well showed the company what it means to project character. Georgette Tsinguirides is in her early nineties, and has been with the ensemble from soon after the war, firstly as dancer and then as choreologist, working on the majority of Cranko’s ballets. As the Dowager Empress’s lady-in-waiting, she gave an object lesson in detailed acting, a flustered, anxious lady eager to serve her mistress. Egon Madsen as Emperor Franz Josef projected imperial power shot through with anxiety and disappointment at his son, his behaviour and his increasing unsuitability for the throne. Madsen’s classic Danish pantomime training ensured a complicated and subtle portrayal of someone who could simply be played as bluff. Shining with her artistry, Marcia Haydée, Cranko’s female muse, in her time a dancer of extraordinary subtlety and emotion, creator of some of the greatest female roles of the twentieth century canon. As Mayerling’s Dowager Empress, she mesmerised, her eyes blazing in fury and indignation at the immorality of her own son, the Emperor and his wife. Imperious, commanding, fearsome, Haydée was unforgettable in the role. 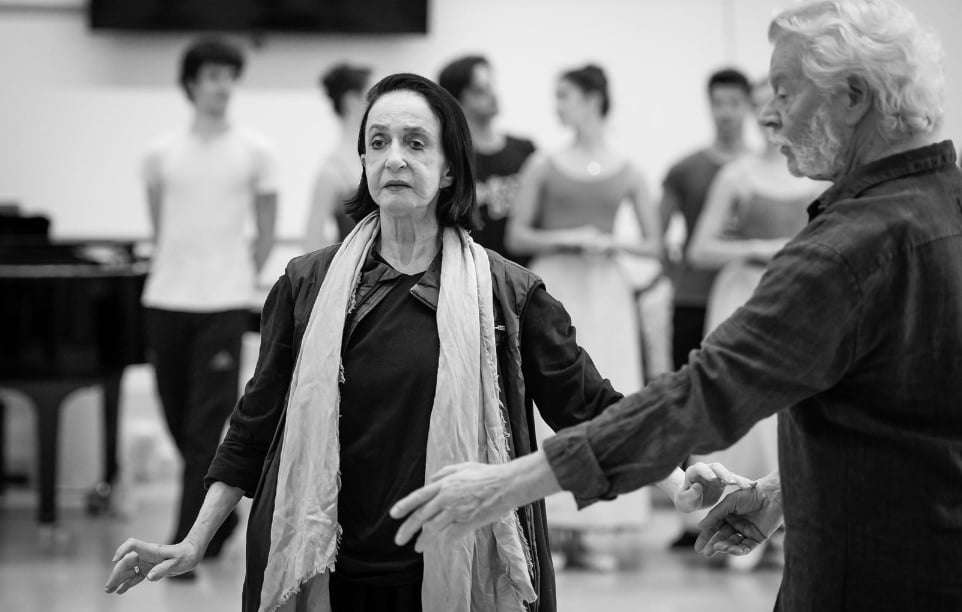 Stuttgart Ballet rose magnificently to the challenge of this huge and complicated work, and will settle further into it. Already, there are performances to cherish, to admire and to applaud – as two further casts assume the outfits of the Austro-Hungarian court and society, there will be more. Mayerling returns in the autumn and then the summer of next season; Stuttgart is a mere 75 minutes flight away from the U.K. capital; for those who love this superlative work or who simply wish to see ballet of the highest quality, it couldn’t be easier.