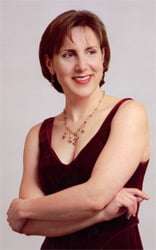 The partnership of Dawn Upshaw and Richard Goode (the latter a Southbank Centre’s Artist in Residence) has produced some notable recordings, but their live appearances have not been frequent, at least in the UK. So this Viennese-centred programme (Debussy too was initially to have featured) was more than welcome, while the actual performances did not disappoint.

Certainly the late-Romantic richness (though never indulgence) of Berg’s “Sieben frühe Lieder” are well-suited to Upshaw’s warm but never cloying timbre – notably in the sombre ruminations of ‘Nacht’ and impulsiveness of ‘Sommertage’, though the wistfulness of ‘In Zimmer’ and ardency of ‘Die Nachtigall’ were equally in evidence. Goode’s accompaniment was a model of poise and lucidity, and it was a pity that the other two of Berg’s early songs to have found publication in his lifetime – ‘An Leukon’ and his first setting of ‘Schliesse mir die Augen beide’ – were not included to round-out the expressive range of the selection.

Following with his Piano Sonata did make perfect sense in context, however, as its wresting of structural coherence out of often tortuously chromatic writing was the necessary next step in Berg’s lengthy struggle to combine formal mastery with an intuitive expressive gift. Goode’s performance, lean and also finely proportioned, was the more impressive for his refusal to indulge in those emotional emphases that too often impede the progress of this jejune but appealing work. 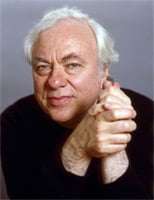 A selection of Schubert songs might be though a relaxation in context, but the items chosen were essentially an entrée into what followed after the interval. Thus the deceptive charm of “Im Frühling” – whose constantly-changing piano figuration gives the lie to Schulze’s self-deceiving sentiments, and the emotional heartache of Platen’s “Du liebst mich nicht”. Upshaw was a little too emotive here, but captured the breathless anticipation in Rückert’s “Das sie gewesen” unerringly, and was hardly less attentive to the aching inwardness of Willemer’s “Was beduetet die Bewegung?”. The impetuousness of Goethe’s “Versunken”, voice and piano in perfect accord, rounded off the sequence to enticing effect.

The fact that Schoenberg all but gave up writing songs after his 35th year has worked against their being taken as fully representative of his music. Yet his immersion in and understanding of the Lieder tradition was as great as any composer of his generation; one that reaches its culmination in “Das Buch der Hängenden Gärten” – whose overall trajectory of an unfolding and disintegrating relationship is as indicative of Schoenberg’s personal circumstances as it is typical of the ‘liederkreis’ to which this work forms a natural conclusion.

Although its 15 songs do not evince the same emotional range as “Pierrot Lunaire”, the searching introspection with which the vocal writing teases out the nuances of Stefan Georg’s texts and the fastidiousness of the piano part – dovetailing with the voice so that the two interlock to a degree unprecedented in the genre – make strenuous demands on the performers.

Demands which were almost ideally met in an account that sustained its cumulative and intensifying approach with absolute conviction. A cycle whose components are so closely and pointedly connected makes it invidious to highlight individual songs; so let the final number, in which Upshaw conveyed a keen desolation that found its inevitable response in Goode’s handling of the fateful postlude, stand as representative of their performance. This is not a work over-endowed with great recordings, so if they have no plans to take their interpretation into the studio, then they should be urged to do so.