The Detroit Symphony Orchestra, founded in 1887, moved into Orchestra Hall 100 years ago. This purpose-built venue was erected in less than five months at the stipulation of Ossip Gabrilowitsch (1878-1936) before he accepted the position of Music Director, from 1918. Not that Orchestra Hall has been permanent for the DSO (it spent three decades from the mid-1950s in Ford Auditorium); however, to mark the centenary of its current home, and to start its new subscription season, the DSO rolled back the decades to perform the same programme that opened its Orchestra Hall account back then; this webcast shared the third time of asking for this concert.

Michael Francis (formerly a bassist in the LSO and these days chief conductor of Staatsphilharmonie Rheinland-Pfalz and music director of The Florida Orchestra) crafted a fine account of the Overture to Oberon, a wonderful opus, here from magically quiet horn-call to exuberant coda via tender clarinet-led lyricism (indulged, albeit understandable) proved what a timeless masterpiece this is. As is Beethoven’s Fifth. Francis’s conducting of it was even-handed in terms of tempos and journeying, the first movement classically straight, the music speaking for itself, naturally, with significance, whereas the succeeding Andante was shorn of its con moto direction for something spaciously moulded, a slow march, romantic, and just a little sentimental. If the Scherzo was somewhat hampered, then the Finale (piccolo prominent, repeat observed) was a fine mix of grandeur and impetuosity, the latter quality deftly turned into to end the Symphony in an uplifting blaze. 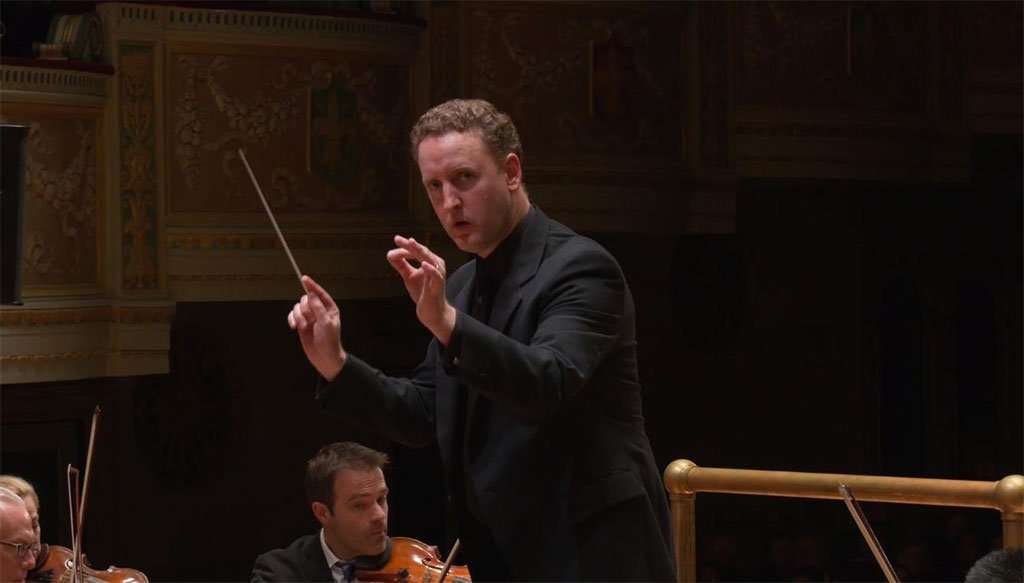 As centrepieces, Concertos for multiple pianos. The Mozart started in stately fashion, but the Naughton sisters (twins) raised the stakes, the music growing in animation without sacrificing bonhomie and crisp enunciation, culminating in a cadenza of Don Giovanni-like fire. For whatever reason the slow movement didn’t quite touch the heart as it can (a little stilted maybe, but oboes won through, and the pianists had a ‘melting’ moment at the close. The Finale had plenty of brio and clarity – disciplined – but there is greater wit to be brought out. The Bach (J. S.) – the triple-decker of pianos in front of a small string ensemble (violinists and viola-players standing) had a mechanical (the old-fashioned sewing-machine) feel to it. The slow movement dragged while not quite exposing its ‘sacred’ quotient, and the Finale had an element of squareness. I wonder how it sounded in 1919 and whether, given he was also a pianist, Mr Gabrilowitsch was one of the soloists; it’s not idle to suggest that he favoured a larger group of strings.

There followed a long break to remove the pianos and return the DSO to Symphony 5 configuration … and that was worth waiting for.