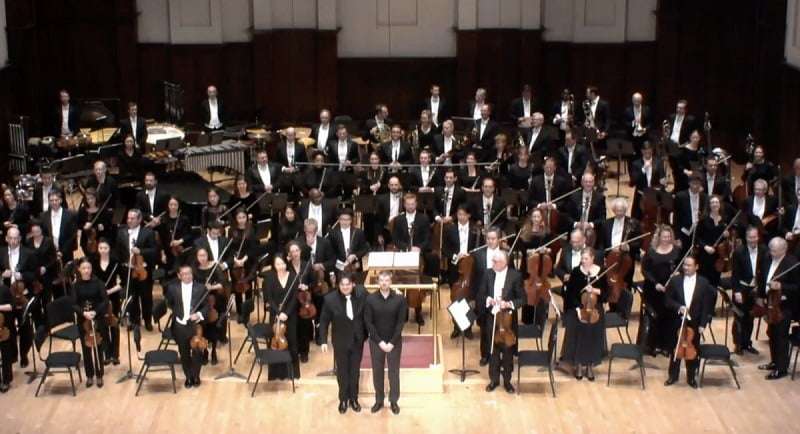 “It is difficult for me to write about Play. Play is a cycle of pieces, a body of work that I have been writing and rewriting for almost five years. Play explores many different ideas—ideas about choice, chance, free will, and control, about how technology has rewired our brains and changed the ways we express ourselves, about the blurring boundaries of reality in the internet age, the murky grounds where video games and drone warfare meet, for instance, or where cyber-bullying and real world violence converge. Play touches on the corrupting influence of power and the collapse and rebirth of social systems, but it is also explores the physicality and joy of instrumental playing, as well as the many potential meanings of coordinated human activity—how the display of massed human synchronicity can represent both the communal best and coercive worst of our race. It is difficult for me to try to cogently offer all this up in a program note.” That’s the first paragraph of Grand Rapids-born (in 1979), LA-based Andrew Norman’s introduction to Play (2013/16). Norman has imagined and composed an award-winning and already recorded work.

High on theatre, Play features percussionists as “puppet masters” during the first of the three Levels (movements), mechanistic chaos set against singular contributions (lone voices in a madhouse, maybe), rhythmically complex, identifiably American in a scrapbook sense (A is for Adams, John), the scenario reminding of Stockhausen’s Trans, if achieved very differently in the music and staging. Level 2 continues to work the trumpets and introduces bowed effects, and strays into whimsical Ligeti land before eerily tense Psycho music hangs in the air (best not take a shower); then the emergence of soulful beauty before disruption again reigns: Adès’s Asyla has now entered my references. Level 3 offers a coming-together, reconciliation, light, and pastoral envoi, dotted-around strings contributing. 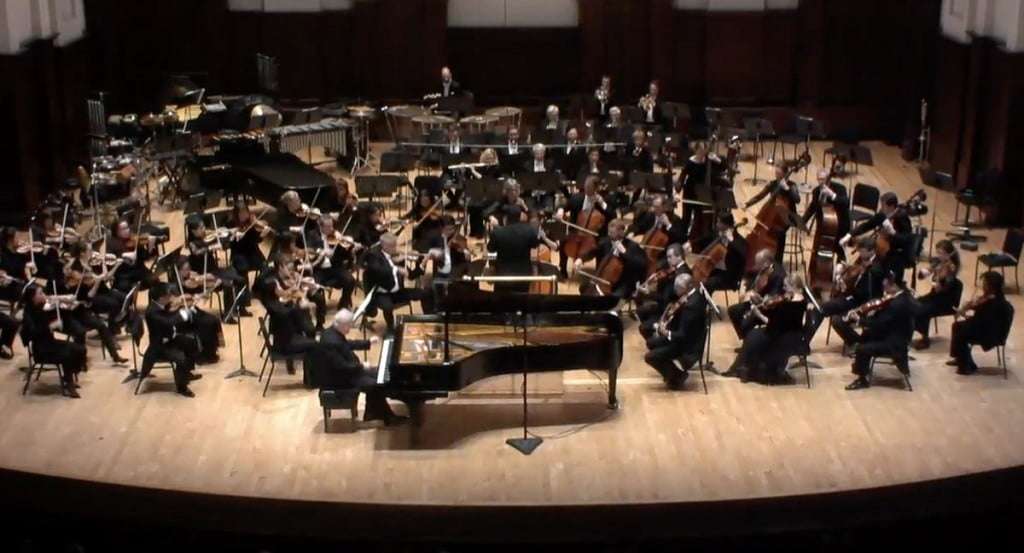 Play just about sustains its forty-two minutes. Whether it adds up, or is meant to, is another matter. But for what was my first hearing of it Play intrigued and stimulated, even cueing some flippancy. Now that Play is known to me, how will a second airing fare? Jury out. In the presence of the composer the DSO and Cristian Măcelaru appeared well off the ropes and the sound was an improvement on what you will read below.

The centrepiece of the concert (its second outing on this day) was Beethoven’s C-major Piano Concerto. Măcelaru conjured an introduction that was crisp and classical (the music does majesty, too, if not here) which agreeably set up Emanuel Ax for a sparkling and modulated account even if the instrument’s treble was somewhat dry (and the DSO was backwardly balanced at times, woodwinds and violins not always distinct), all a cunning plot perhaps to ensure that the longest of Beethoven’s three cadenzas was even more outrageous than usual, taken with full relish and humour by Ax. The slow movement was given with unusual flow if no lack of expressive song and then coursing into deeper territory, whereas the Finale was bouncy and jazzy and at a tempo that retained shape. As a generous encore, Schubert’s A-flat Impromptu (from D935), not quite as magical as at last year’s BBC Proms, but that is the difference between the spacious Royal Albert Hall and the upfront DSO Steinway.

It’s always good to start with some sort of short piece – there are today a stack of such gems being overlooked – and Dvořák’s Carnival Overture is a corker. The sound was rather lean, metallic even – as broadcast – dynamics ironed out, some details not as pristine as should be, but there was also ebullience without rush and some nicely lyrical turns. The DSO played on…