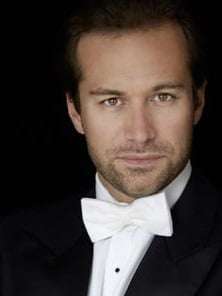 One wonders what Fabien Gabel was thinking when he stepped out to conduct the Detroit Symphony Orchestra on this the third occasion to mark his DSO debut this week – for he was born in Paris, the city that just twenty-four hours earlier had been subjected to terrorist atrocities (one-hundred-plus people murdered). The General Manager of the DSO, Erik Rönmark, made a speech, citing Leonard Bernstein’s resolve in the face of adversity, and asking for a minute’s silence. Then Gabel conducted a rousing rendition of ‘La Marseillaise’.

This very attractive programme opened with the Overture to Prince Igor. It was in fact written by Alexander Glazunov based on his memory of Borodin (who died suddenly, leaving his epic opera unfinished) playing the intended opener to him on the piano but without writing it down. This evocative and exhilarating performance of a winning work was distinguished by fine clarinet and horn solos.

Aram Khachaturian wrote his Violin Concerto in 1940 for David Oistrakh. It’s a colourful, languorous, exotic and racy piece, an enjoyably tuneful and folksy confection not without heart if somewhat garish and indulgent. It seems to have fallen off violinists’ radars of late. Yoonshin Song (concertmaster of the DSO) gave a superb account, technically impeccable and musical revealing, garnished with superb tone, depth of concentration and selfless dedication that made listening a pleasure. Indeed Yoonshin Song was magnetic and her colleagues and the conductor were right with her – the slow movement was romance under the stars, and the last one, with its maddeningly memorable melody, was given a dancing poise usually denied it. 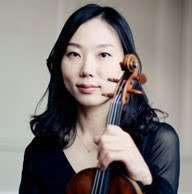 The very self-critical Paul Dukas left us so little music. The Sorcerer’s Apprentice (a highlight of Walt Disney’s Fantasia, with Mickey Mouse) has become his most-famous work (but don’t overlook La Péri and the Symphony in C). Sorcerer is a masterpiece of invention, orchestration and description. Once Gabel was able to start it – quite often at DSO concerts, latecomers (I assume), coughers and a kerfuffle of inattention delay things, and Gabel wasn’t going anywhere until hush ensued, and all this is witnessed by the World – we got an atmospheric and bouncy rendition painted with vivid brushstrokes.

Such excellence was continued in the equally remarkable La mer in this scrubbed-clean, vibrant and expressive voyage that had one remembering the first love of this piece (for me Ernest Ansermet’s third recording of it, of four, and a miraculous LSO/Celibidache performance, circa 1977, that had to be heard to be believed). Ravishing sounds, glinting detail (including some that can be obscured and here was made to relate) and a symphonic sensibility informed Gabel’s conducting. However well one might know a piece of music, when the overriding reaction is something like “oh my god, what a great piece”, then something magical must have happened. A significant connection having been made with the DSO, Fabien Gabel (music director of the Quebec Symphony Orchestra) worked wonders on behalf of his fellow Frenchmen.