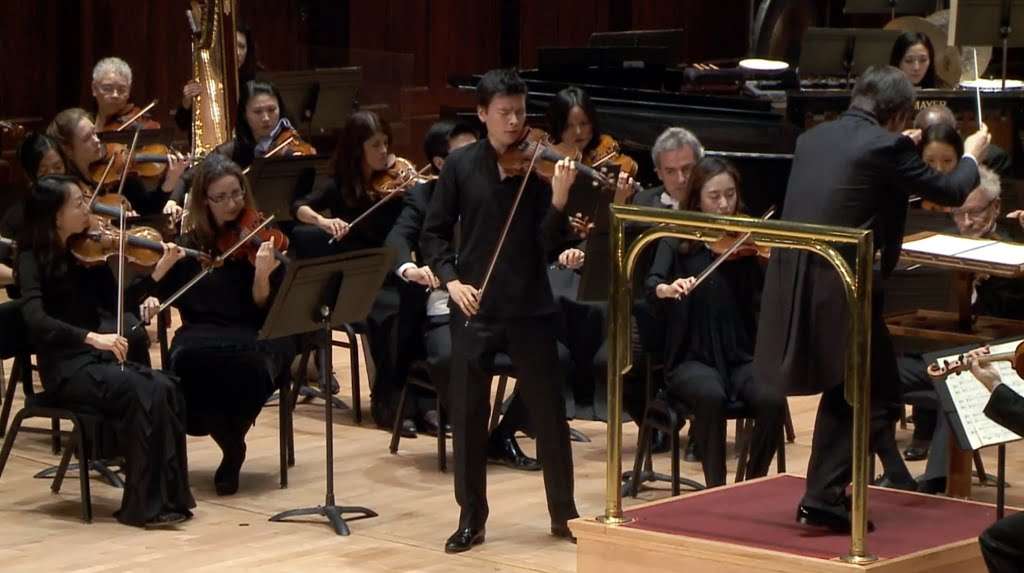 The Detroit Symphony Orchestra welcomed Juraj Valčuha as guest-conductor. He opened with Liadov’s The Enchanted Lake, a tranquil piece yet pregnant with atmosphere, breezes and twitters (at times a Russian Forest Murmurs), with some dark if restrained crescendos subtly suggesting that if one were to peer below the calm surface of the water then mysteries would abound. This performance was notably sensitive and focused.

Given Erich Wolfgang Korngold’s Violin Concerto featured on the DSO’s recent tour of Asia with Leonard Slatkin, the soloist being Akiko Suwanai, and the orchestra’s send-off concert including it was webcast to the World (July 9), it was perhaps a surprise to find it returning so soon. That said, it’s a fine and lovely piece (based on several of the composer’s Hollywood scores), full of romance, beauty, colour and exhilaration; and, anyway, Stefan Jackiw and Valčuha collaborated in the most positive way, the violinist technically secure and musically passionate (rich-toned, and silvery in the top register) – as well as exquisite and rapturous in the slow movement –, the conductor securing a suave accompaniment that was as delicate and detailed as it was blossoming and red-blooded. Their bond continued in the Finale, taken just about as fast as it can go, and was a romp, precision-tooled, but also with time for delicious lyricism, a touch of bassoon-humour, and, when needed, a drawing-back of tempo to give some closing-credits expanse. This was thoroughly impressive from all concerned, and if Jackiw had offered an encore it would have been very welcome. 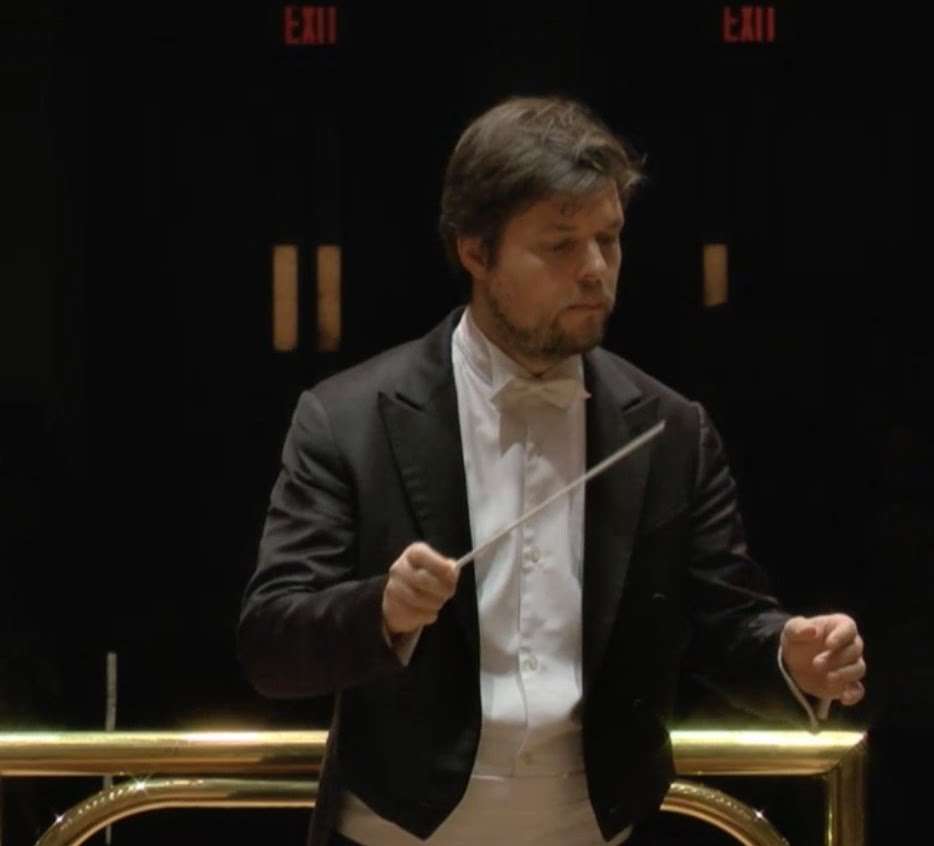 Rachmaninov’s Symphonic Dances proved to be his swansong, dedicated to Eugene Ormandy and his Philadelphians (they made a great recording). Even allowing the music’s possible use for a ballet (which didn’t happen), had Rachmaninov termed it Symphony No.4 I don’t think anyone would have queried this.

Valčuha was on top of this superb score, the tempo for the opening movement spot-on to the marking of Non allegro: it was indeed ‘nor fast’ but had direction, although a little more Slavic temperament would have been welcome to add to the lucid faceting and varied dynamics. The saxophone-led middle section was shaped with much expression, capturing its bittersweet quality, and the opening music returned with just enough fire to make a difference; and there was a good edge, and flexible lilt, to the rather macabre waltz that makes up most of the second movement, a haunted ballroom. As for the extensive Finale, music that drives to the abyss (the ‘Dies irae’, Rachmaninov’s motto, entering into the fray) with a slow reminiscence at its centre (the latter on this occasion reminding of the corresponding section of Tchaikovsky’s Francesca da Rimini – never felt that before), Valčuha once again played the long game, increasing tension and energy for a blazing conclusion; the clappers didn’t allow the held gong-stroke its full measure, but that’s a textural conundrum anyway (if a small point) when Ormandy (in at the birth) has an abrupt cut-off.

As a postscript, given Leonard Slatkin steps down as DSO music director at the end of this season, and sensing a close rapport between Valčuha and the musicians, I wonder (subject to DSO preferences and this conductor’s own circumstances and choices) if I have just witnessed Slatkin’s successor. Time will tell.