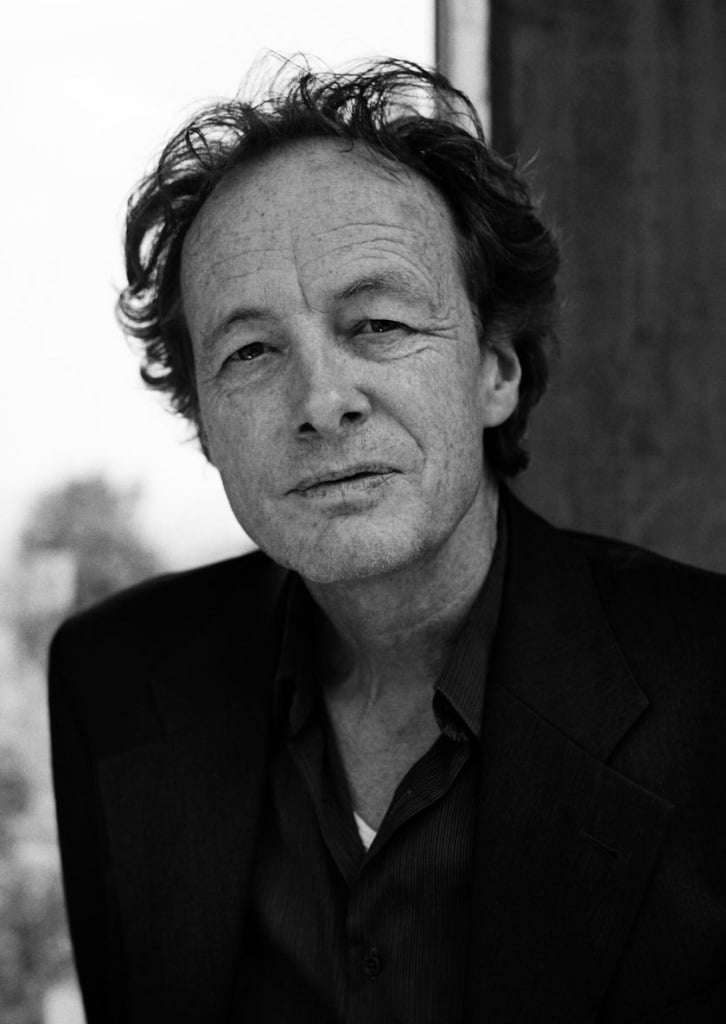 In so far as we can all agree that music is sound (although sound – by itself – is not music), making a sound involves the active discharge of energy. Without energy, there can be no sound, and therefore no music. If that energy is not to be dissipated – in other words, exploding outwards, as in the case of a bomb, it has to be curbed and directed by the evolved creative consciousness of the composer, directed towards whatever expressive means the energy is put.

No-one needs reminding that we currently are commemorating the centenary of World War One, the catastrophic events of which led directly to World War Two, which in turn ended with the virtual destruction of German-speaking Europe – including much of its musical culture, both practical and creative, with the result that Austro-Germanic composers who came to public attention after 1945 inherited a virtual uncertain wasteland of living musical art.

In rebuilding from first principles, musically-speaking from the ground up, every strand of musical composition – harmony, counterpoint, tonal relationships, structures, et al – in many composers’ eyes (and ears) had to be either abandoned or rethought – with the result that in terms of creative psychology the ‘old ways’ (which had, writ large, brought the Austro-Germanic musical heritage to virtual annihilation, as the twelve years of Nazi rule had done to Greater Germany itself) were to be discarded.

The result in post-war Europe was a ‘new music’, which jettisoned almost every aspect of the pre-war existing languages, but the hoped-for Brave New World to be engendered has not, despite considerable efforts at public persuasion, produced more than one or two works which may bid fair to be considered to be of lasting significance.

Perhaps it is the millennial-internet stylisations of instantaneous international communication in the modern world that already seem to have replaced what might superficially be thought to be post-Stockhausen chaos, taking merely the musical foreground of old-style Darmstadtian ethos without the corresponding background of depth, such as Gruppen has, and which the border-line insanity of the Helicopter Quartet has not, with the result that some composers of the current Austro-Germanic school may be too-readily dismissed by the younger generation as irredeemably passé.

Into which category the Austrian composer Beat Furrer may well find himself unfairly put, yet by including two works of his in the Philharmonia Orchestra’s Music of Today series he has been cast pretty widely, in the sense that for many experienced listeners, Furrer’s music retains the almost inevitable aesthetic of music from fifty, sixty, or even seventy years ago, despite having been written in the last ten years.

This aesthetic, founded upon a seemingly deliberate restriction of creative syntax, such as we find in another older Austrian composer, Carl Orff, and in (yet another Austrian) Schoenberg’s profound influence by way of Webern, runs the risk of a deliberate circumscription of expression, with a consequential restriction of the composer’s self-imposed syntax.

Pretty much is admitted in Tim Rutherford-Johnson’s programme note, in which he points out that “the surface sound of Furrer’s music – exemplified in both this evening’s pieces – is rather dry”, producing a constantly brittle and therefore combative soundworld. If one may question whether a composer ought to deny himself all kinds of proven musically expressive tools as harmony, counterpoint and melody, to say nothing of evolved instrumental groupings, in an attempt, one assumes, to assert his creative individuality, the post-War Austro-Germanic psychosis we referred to earlier has enabled Furrer to create a number of widely-admired theatre pieces from which, it appears, most of his concert music has arisen, and to use his individual creative imagination across a more restricted range in essentially abstract forms.

However, on the showing of these two works, Furrer’s music does not look forward, but looks back to a comforting time in the Cold War era, when everyone knew which side they were on: today, of course, uncertainty rules the World, and whereas it ought to be art to which people should turn for sustenance, as the creative artist seeks transcendence in artistic (in our case, musical) terms, in both Linea dell’orizzonte and the chamber version of his 2007 Piano Concerto one feels that it is only when the myriad threads of his essentially linear music come together that any kind of coherence in terms of a composer reaching out to an audience is discernible, let alone offering an artistic vision to which the listener may wish to return.

Linea dell’orizzonte allegedly depicts the point “at which ground meets sky” in Egypt, a distant horizon rather more brittle than I remember during my time in the country, but full of those “crisp relationships between a thing and its doubles”, to which Rutherford-Johnson refers. Despite the listener’s uncertainty as to whether the piece should be regarded as an abstract piece (as its language suggests) or a post-Romantic picture-postcard of a desert vista of North Africa, the performance under Clement Power was fully compelling, conjuring up all kinds of mental images.

In this and the succeeding Concerto Furrer’s technical mastery is impressive, and the post-Stockhausen intensity of rhetorical contrasts, despite being, in temporal terms, more broadly spread, equally made for overall coherence, particularly in the avowed horizontalism of Linea dell’orizzonte, where the echt-nationalism has produced a lingua franca eclecticism, not so readily discernible in the Piano Concerto, which overall appeared as a latter-day descendent (albeit far removed) of Hindemith’s 1920s Kammermusiken. The Concerto was staggeringly well-played by Nicolas Hodges, and the ensemble was equally impressive, with the naturally freely-available brittle sound of the keyboard lending itself admirably to Furrer’s “rather dry” palette. Whilst it may appear that Furrer’s piano-writing is based upon one restrictive technical aspect, the range of expression he draws from it is compelling, although over almost twenty minutes the ghost of C-major and the fulfilment of listeners’ expectations were not entirely avoided. 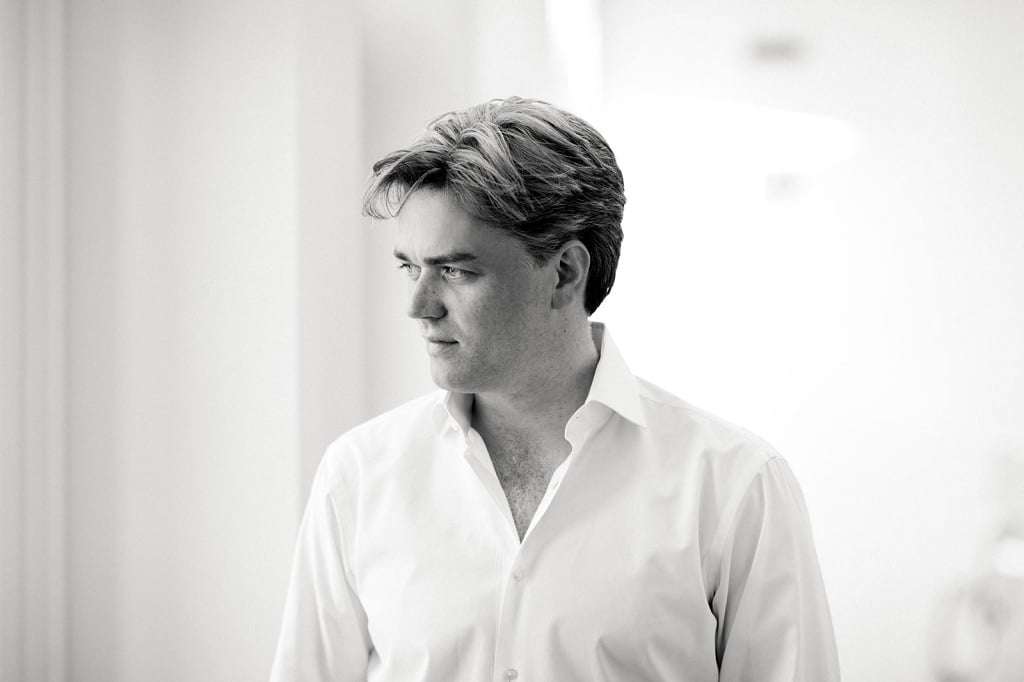 The main Philharmonia programme began with Elgar’s In the South, one of the composer’s grandest works, which compares more than favourably with the best of Richard Strauss’s tone-poems. It is, indeed, more than arguable that this work has more depth than almost any by Strauss, but Edward Gardner’s approach initially exposed less of the music’s spaciousness and dignity than its emotional response to the Italian landscape – so much more vivid than Furrer’s Egypt – for the first third of In the South was presented in broad brush-like strokes, almost as musical poster-paint. It was not until the deeply affecting ‘Canto popolare’, with Yukiko Ogura’s viola solo wonderfully played (and rather ungraciously not acknowledged by Gardner at the end), that the subtler aspects of Elgar’s score were revealed alongside its strength and virility which much contemporary music lacks – but not Joseph Phibbs’s new Clarinet Concerto, outstandingly well-played by Mark van de Wiel. 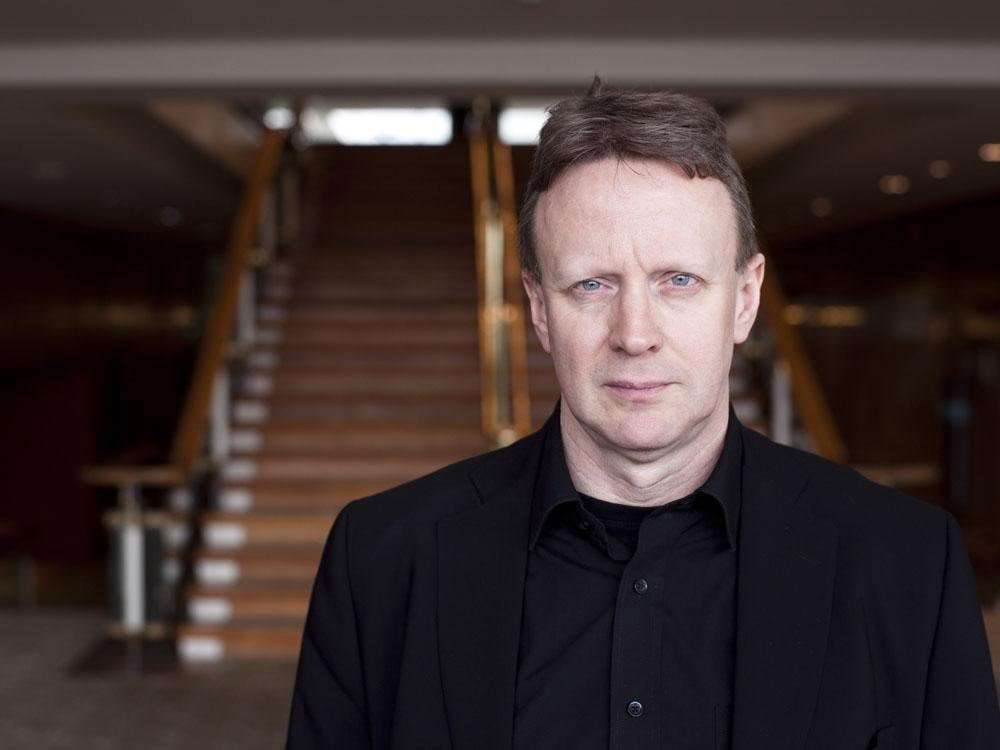 This almost half-hour work makes a considerable impact, not least for the breathtaking musicianship and virtuosity of the soloist, backed to the hilt by his colleagues, although one was not wholly convinced by certain of the Concerto’s structural aspects: on reflection, one wondered whether a pruning of the large Allegro molto movement would be advantageous, as well as the long cadenza, and if one regretted a truly memorable lengthy legato theme, such as suits the clarinet so well, what Phibbs is able to conjure throughout the work is enormously impressive – here is a real composer, and no mistake.

With the concert marking the sixtieth-anniversary of the founding of the Philharmonia Chorus, the programme ended with a thrilling account of Walton’s Belshazzar’s Feast – still packing an astonishing punch. The surtitles were not entirely necessary, as virtually every word could be heard from this wonderful body of singers. Roland Wood was suitably impressive, a deeply impressive assumption of the baritone’s narrative.

Gardner controlled the large forces with considerable command and sensitivity although his tempo for the releasing “Then sing, sing aloud” was too fast – the arrival of F-major itself provides much of the emotional discharge required at this point – for the triplet phrase “The trumpet in Zion” was little more than a gabble, and the triple-tonguing trumpet was perforce unclear. Nonetheless, this was as exhilarating and coherent an account of this masterpiece as we are ever likely to hear, the antiphonal brass bands excellently balanced.