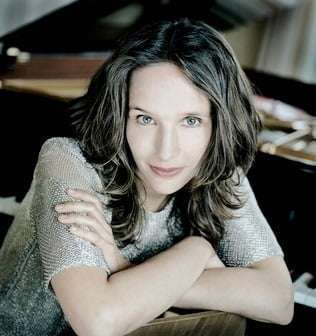 Friday morning, Detroit. And so to the fifth instalment (which had been played the evening before) of the Detroit Symphony Orchestra’s Brahms Festival, now welcoming Hélène Grimaud for the First of the composer’s two Piano Concertos. The stormy and pensive opening – realised trenchantly and with malleability by Leonard Slatkin and the Detroiters – paved the way for Grimaud. She entered with assurance and played with poise and passion, with nothing overdone to cramp the direction of the piece while ensuring that its largesse was communicated fully. Indeed her modulated playing, from compassionate to demonstrative, was compelling, as indeed was the warm and expressive accompaniment, all captured in the well-balanced and tangible audio part of the relay.

The wonderful Adagio, daringly spacious here, from the soul to the soul, found Grimaud tender and transporting, and Slatkin’s musicians sensitive to her and Brahms’s religioso setting. (It was particularly poignant for me, for today, were he alive, my father would have turned 90, and I remember Donald Keith Anderson as a good and kindly man.) The Concerto’s Finale requires athleticism and generosity, and dignity, each particular in ample measure here. Grimaud’s reading of the cadenza was the heroic summing-up it needs to be. What a magnificent and wonderful work this is. As is Piano Concerto No.2, which Grimaud plays and broadcasts this Sunday afternoon. 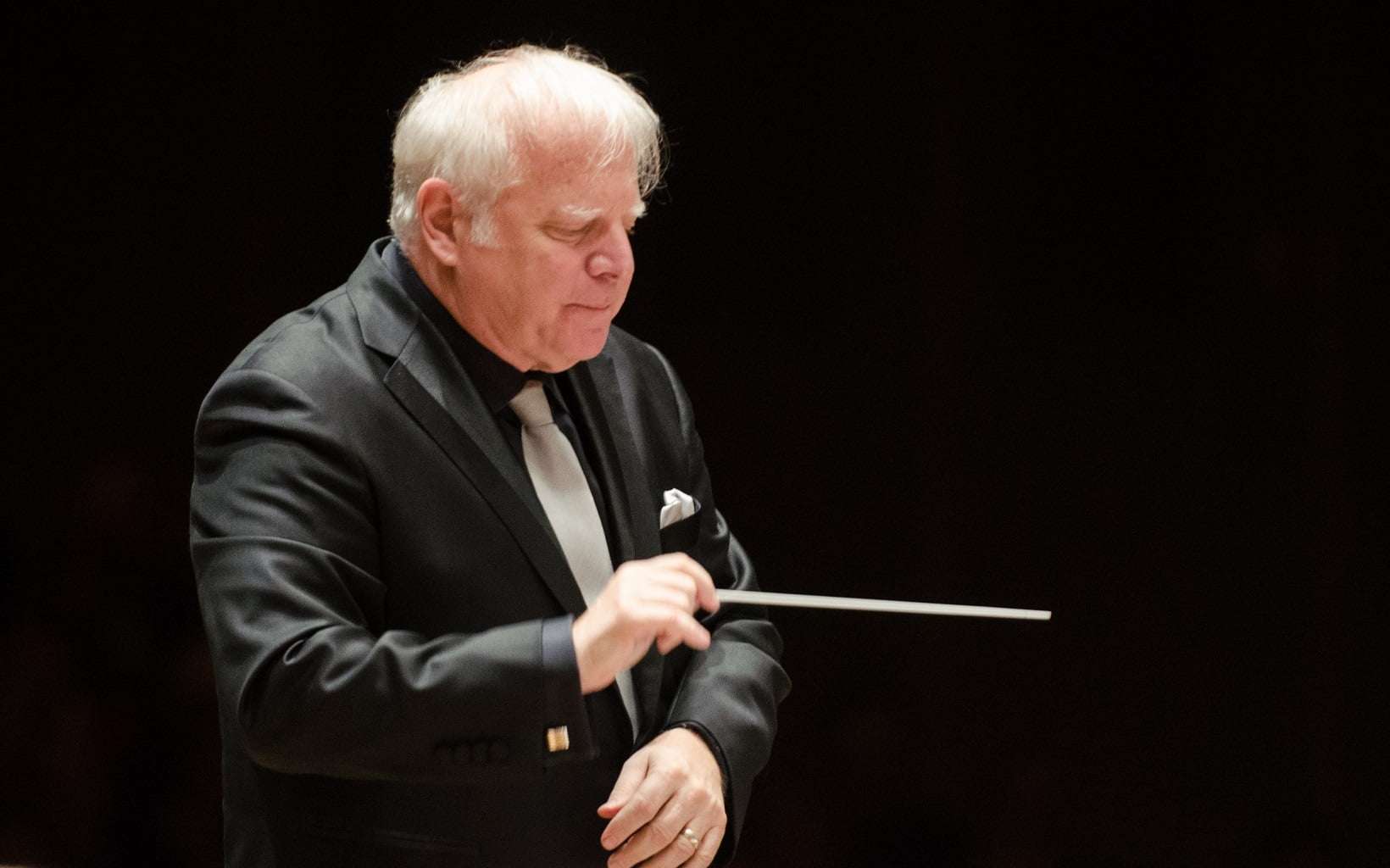 Enter Arnold Schoenberg, a Brahms fan, as witnessed by his Otto Klemperer-requested 1937 orchestration of the 1861 G-minor Piano Quartet. Yes, Schoenberg’s scoring is a bit quirky, if endearing (no piano but with some solo strings preserved), and if it’s not necessarily what Brahms himself might have done (the use of mutes for the brass and a glockenspiel and a xylophone is questionable in that regard!) that’s not the point, for Schoenberg respects a piece that he admired and was bringing out of the recital room and into the concert hall, often colourfully and with ripeness and imagination. In 1966 choreographer George Balanchine went further and used the dressed-up music for a ballet, “Brahms-Schoenberg Quartet”.

Slatkin and the DSO had a ball with Brahms’s ‘fifth symphony’ as it has been termed. Here was a big-hearted, vivid, dynamic and richly sounded account, given with character and virtuosity, which took us through the varied episodes of the opening movement, something of a symphonic fantasia and here with pictures painted; just occasionally one’s mind might turn to Mahler’s Wunderhorn settings. The decorative additions are Schoenberg’s, the music is Brahms’s and there is a closer harmony than may be appreciated.

The ‘Intermezzo’ that is the second movement is a mix of shade and sunlight, kept on the move here, sprightly at the mid-point, and the succeeding Andante is ardent, interrupted by a noble military march that seems to emerge out of a forest. The Finale, ‘Rondo alla Zingarese’ (which Ernö Dohnányi transcribed as a piano solo, no doubt finger-breaking in its demands), is a tour de force, zillions of notes to negotiate, a wild time interspersed with leisurely seduction and here with an appearance of gypsy princess Yoonshin Song to serenade us on her violin in the company of clarinet colleagues before the pulsating paprika-laced race for home.