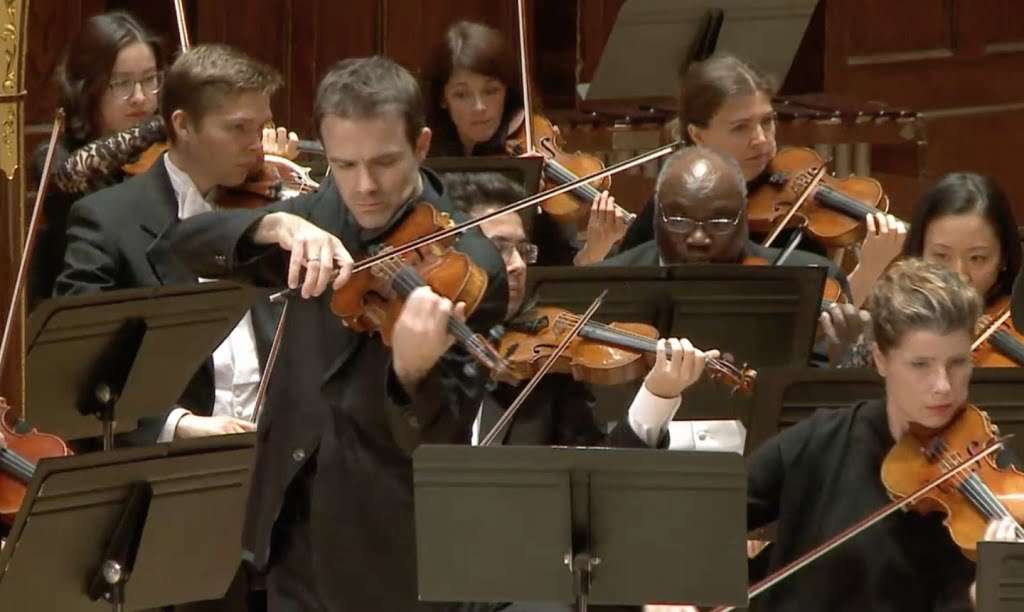 The Detroit Symphony Orchestra continued its 2017-18 season with Leonard Slatkin once again leading something new and then partnering two DSO principals in classics for their respective instruments.

DSO commissions this season, Slatkin’s tenth, are focussing on upcoming composers. Loren Loiacono’s Smothered by Sky (its premiere was the day before) proved intriguing and diverting, percussion to the fore, a pumping of energy with plenty of well-placed detail going on, subsiding to what might be heard as a glinting seascape, still pulsing, and with further waves of sound coming and going. It’s a likeable piece, impressively scored (large orchestra), an exuberant concert-opener … yet if there is a first-listen doubt it is that the music simply stops rather than resolves (but quite a few new pieces have done that recently – by Tom Coult, First Night of Proms, and Lotta Wennäkoski, Last Night, for example), but there was enough in these seven minutes that make me want to hear Sky again and to also seek out further works by this pupil of the late Steven Stucky.

Elgar’s Cello Concerto isn’t exactly AWOL on concert programmes. Any dulled senses to its regularity were revived by Wei Yu’s arresting and gutsy attack with his first entry. The cellist (previously in the New York Philharmonic) played with much feeling and gorgeous tone, but without swamping what is essentially wistful if stoical music, written during the immediate aftermath of World War One, although the composer is expressing more about himself than outside events, and at the time he was concentrating on chamber music, such as the String Quartet and the Piano Quintet. 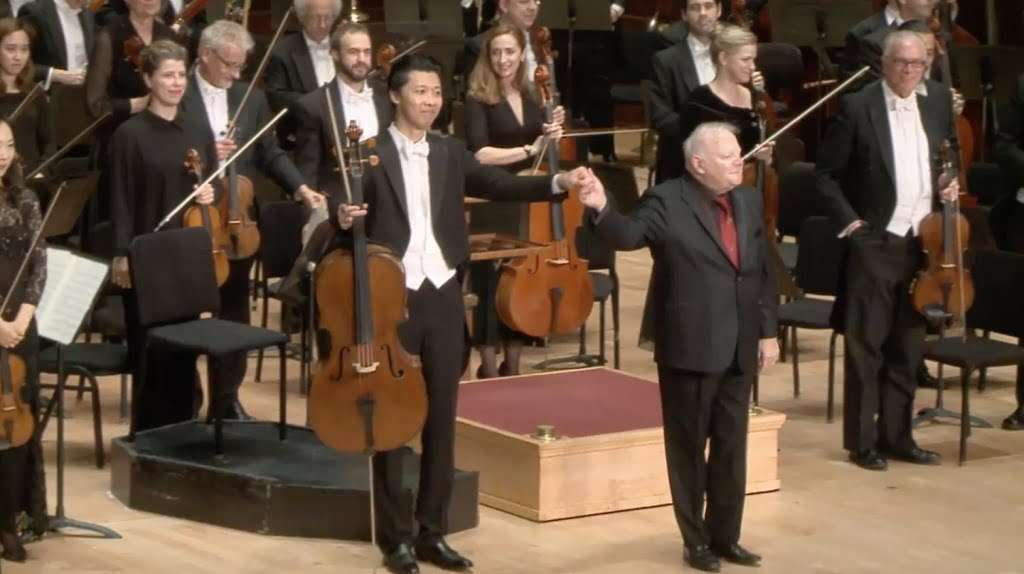 This was an ardent performance, sensitively accompanied (Slatkin is a seasoned Elgarian, there’s a fine version of the Concerto with Janos Starker), the second movement (linked to from the first) notable for the niftier-than-usual tempo and with it the agility and precision of the playing from all concerned. With a heartfelt Adagio and a Finale that had purpose and poise, Wei Yu outgoing and sharing with colleagues, this was a fresh and thoughtful account that held the attention – rather passionate if not the most penetrating to the piece’s inner sanctum, although I wondered if there were quieter pianissimos and (at times) lesser degrees of intensity in the hall than the webcast allowed.

Berlioz’s Byron-inspired Harold in Italy is a great piece, right up there with his Symphonie fantastique and Roméo et Juliette (the latter termed by its composer a “Dramatic Symphony”). From the off this was a compelling performance, brooding depth of tone from cellos and basses and an expressive bassoon from Robert Williams setting the piece going, and, enter the whole orchestra, a potent story was about to unfold. Add to which an outstanding contribution from Eric Nowlin (formerly in the Toronto SO), his distinctive timbre and sovereign musicianship at-one with Slatkin’s perfectly-paced account that so relished Berlioz’s imagination and orchestration. Frankly, I don’t think I have heard Harold done better than this – not since I discovered the work from Yehudi Menuhin’s early-1960s’ HMV recording (LP days, if for me its SXLP reissue!) conducted by Berlioz’s then representative on Earth, the much-missed Colin Davis – an immediate ‘yardstick’ version.

In Detroit, the second movement was deliriously communicative a pilgrims’ slow march, Nowlin very adept with those tricky arpeggios (what was Paganini thinking to pass this work up, although he came to admire it) and the love-serenading of the third was most tenderly essayed – how could the sweetheart resist! A crash begins the Finale, with musical reminiscences (like Beethoven 9) before the brigands and their orgy take hold, here with clarity and dynamism (viola-player sidelined for a while). As the end approaches, the distant strings came across from an ideal perspective, Nowlin corresponding as if separated, and the coda was all the more thrilling for not being belted through. With some of Al Glancy’s best sound yet – immediate and vivid – this ‘Hector in Detroit’ was totally compelling.