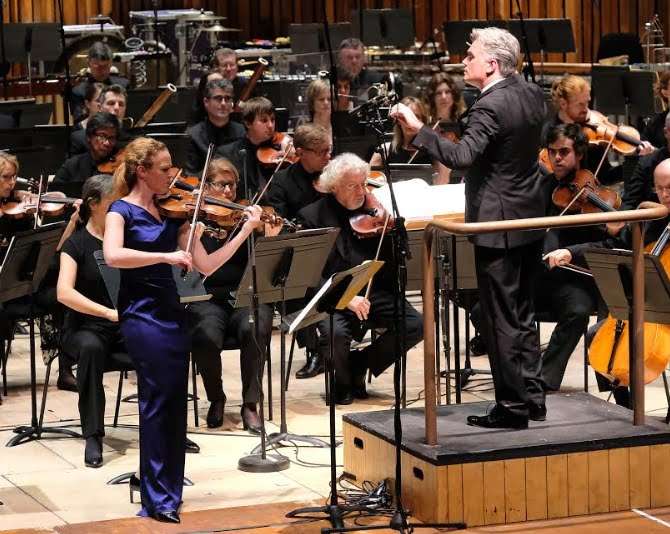 Anderson reviews Anderson: it had to happen! Just to say that the composer and your correspondent are not related, save through music. London-born Julian Anderson, who turned fifty earlier this year, was the subject of the latest BBC Symphony Orchestra Total Immersion day – including chamber and a cappella music (Guildhall School Musicians, BBC Singers), film and conversation.

This final concert, large-scale orchestral works conducted by Edward Gardner, opened with Eden (2005), a homage to Romanian sculptor Constantin Brâncuși; Anderson admires his “simplicity of line and formal clarity … presenting the viewer with a glimpse of a lost innocence to which to aspire.” Thus the title of Anderson’s piece, with its “non-tempered harmonics”, opening with a plaintive folk-like melody shared between viola (Norbert Blume) and cello (Susan Monks), music that develops to a bright, open-air climax. Imagin’d Corners (2002, the title from John Donne) is, to quote Andrew McGregor (BBC Radio 3’s presenter talking with the composer), of “spatial theatre” and involves four nomadic horn-players and one where you’d expect to find him (the five BBCSO members: Nicholas Korth, Andrew Antcliff, Nicholas Hougham, Jonathan Bareham and Chris Pointon). Those who journey do so from backstage to front of stage (backs to audience) and then disperse, two each, to the sides. The music has a ‘forest legend’ feel, with wild calls and meditation, and is orgiastic by the close, with passages that remind of Anderson’s admiration for Michael Tippett’s music, here the ‘Ritual Dances’ from The Midsummer Marriage came to mind. 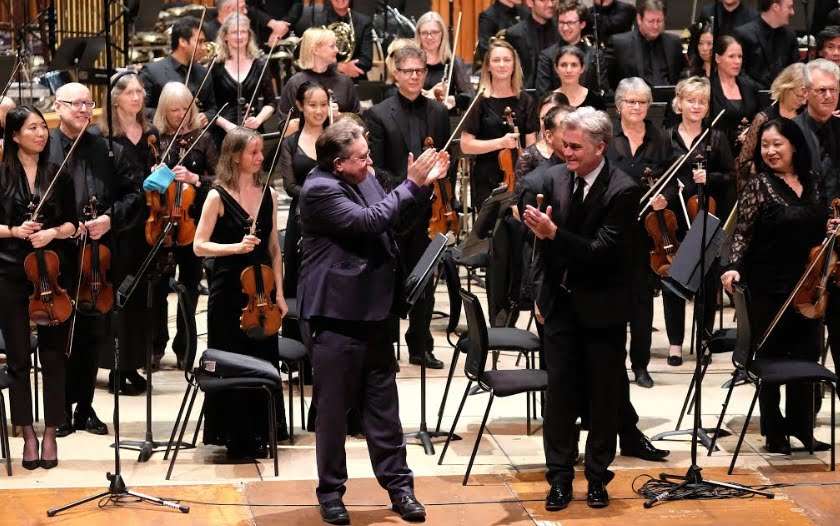 Perspective also plays a part during In lieblicher Bläue (In Lovely Blueness, 2015), from Hölderlin. Written for Carolin Widmann, this is violinist as poet, opening the piece from off-stage if visibly, then reaching the fringes of it before finding the centre; and there can’t be many (if any) violin pieces that require the soloist to play with a pencil rather than a bow – for a few measures the effect is delicate and ethereal. Overall the piece is soulful and animated before it reaches a crisis point, the aftermath being lyricism that isn’t too far from Berg, Widmann turning her back to the audience to represent Hölderlin’s isolation, the violin having the last, long-held, fading word to complete a ravishing and compelling piece, Widmann deeply committed, Gardner absorbed by his role, awakening from a rather beautiful dream.

Following the interval, Anderson’s Symphony (2003, for the CBSO), of a similar length to ‘Blue’, around twenty minutes, and a very rewarding experience. Inspired by a painting, Lake Keitele, by the Finnish artist Akseli Galien-Kallela, Symphony, a Winter-to-Spring piece, begins from nothing, with the lightest touches of sounds. Expressive woodwind melodies ensue, there are percussion riffs, one might hear the cacophony of birdsong and there is glorious lyricism (not that Anderson’s style is anything but complex and ‘modern’); there are momentous passages that might relate to ice-cracking – with at least one stupendous outburst – and if this all sounds outside the Symphony as we know it, Anderson says that the work is of “continuous transformation … neither atonal nor tonal but freely evolving…” – certainly towards the end when the return of Spring is sensed, a rebirth, and not without the pain of delivery. 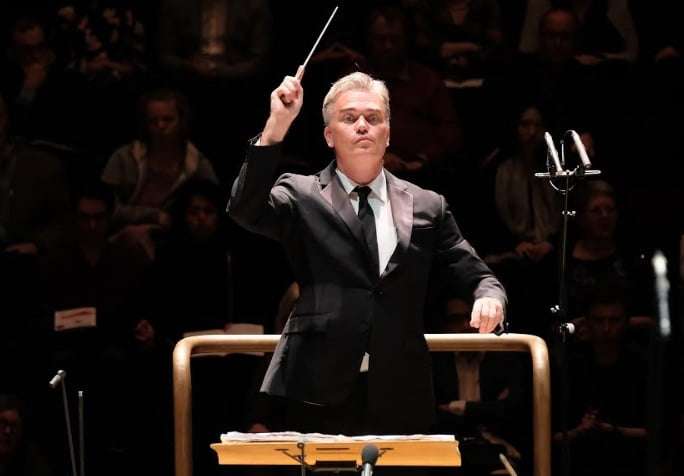 Finally, Fantasias (2009, written for the Cleveland Orchestra), five in number – although the composer says it could just as well have been called Concerto for Orchestra – opening with a jamboree of brass, jagged and sonorous, then a rapid movement bursting with activity. The middle Fantasia is the longest – of overlays, fluttering, shrouds of sound and increasing intensity – whereas its successor (music on a mission, I wrote while listening) is – cue the composer – “almost comic, intercutting different groups of instruments in the manner of a Tom and Jerry cartoon.” As for Fantasia 5, well it goes like the wind, requiring the greatest virtuosity and precision – played brilliantly – leading to an apotheosis of bells-up jubilation, music of unstoppable force, to close twenty-five minutes, time well spent.

The BBC Symphony Orchestra was in superb form throughout the evening and Edward Gardner, technically lucid, was palpably committed to the Julian Anderson cause.