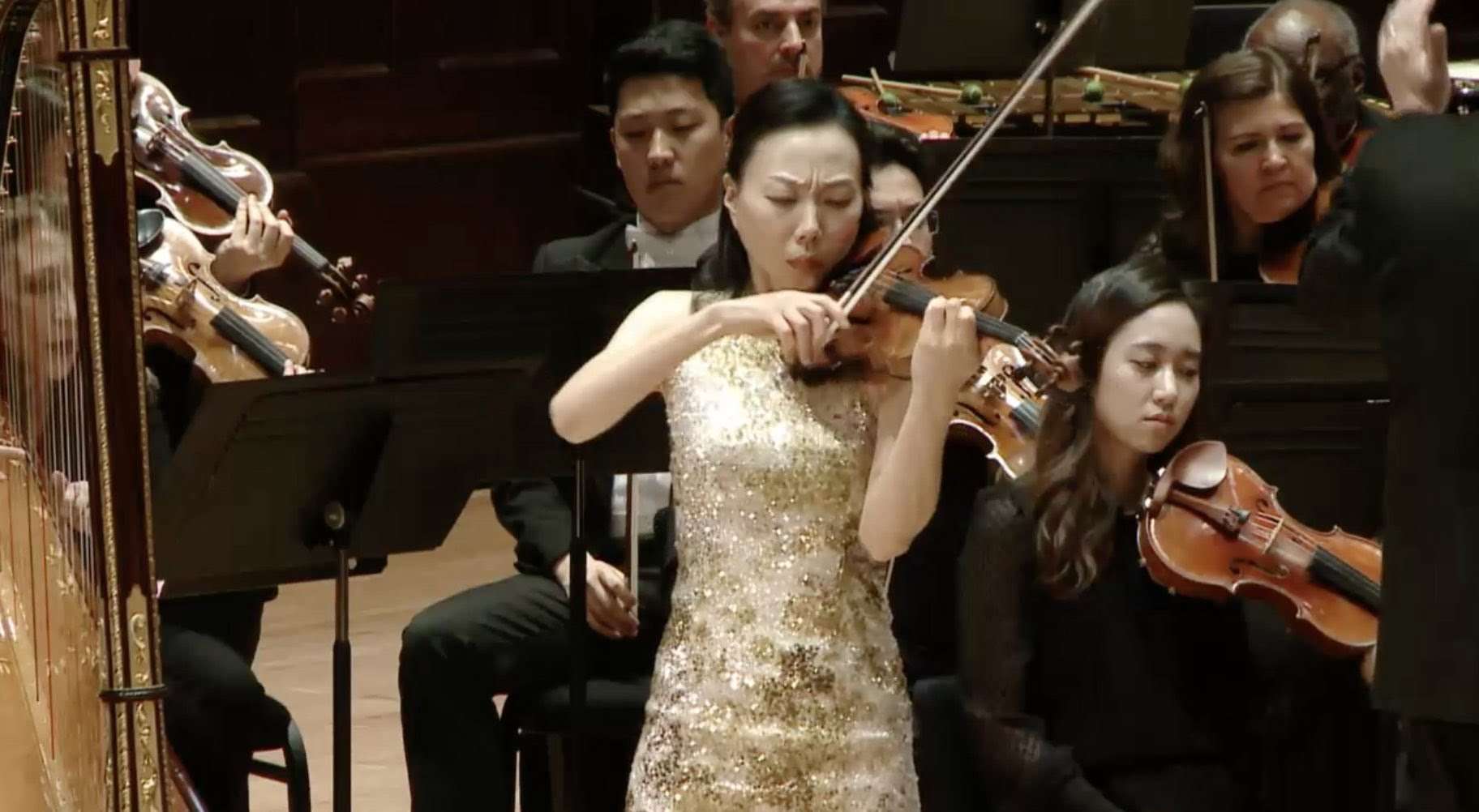 For the third time of asking (twice the day before) this DSO programme opened with Steven Bryant’s Zeal. Bryant (born 1972 in Little Rock, Arkansas) includes John Corigliano and Cindy McTee among his mentors. The five-minute Zeal riffs along exuberantly, building it seems to a resounding conclusion, but instead curls wittily into the ether in the final measure.

Yoonshin Song is DSO concertmaster (that role traded to Kimberly Kaloyanides Kennedy on this occasion). She has the full measure of Bartók’s very demanding Second Violin Concerto, completed in 1938 for Zoltán Székely (who asked for a bit more to play during the ultimate bars and duly received them, as played here; some violinists, such as Viktoria Mullova, opt for Bartók’s first thoughts and stay silent), music that satisfied Bartók wanting to write in variation form and also Székely who was hoping for a full-blown three-movement work. At that time it was without a number, for Bartók’s clandestine/infatuated Violin Concerto No.1 was not published until a decade after his death.

So, what was the Violin Concerto harp-strums into life and it’s not long before the gypsy-violinist is before us – sweet, abrasive, seductive, vigorous – Song all of these, musically and technically focussed, stretching the contrasts a little more than the rigorous Bartók might have anticipated (even allowing that Mengelberg was its first conductor), but the fire and fantasy conjured here were impressive, dark tones and silvery filigree, the cadenza especially expressive. The second movement, variations on a bittersweet theme, was particularly fine, the music’s line generously articulated yet sustained, gently enunciated, delicately coloured, and, when rising in passion or finding greater animation, remained seamless and the percussion shudders were nicely clear. The Finale, folk-music absorbed by Bartók as only he could, was given with dynamism and nocturnal divergences to complete a vibrant calling-card for Song, and for which her DSO colleagues and Leonard Slatkin played an equivalent role – it has to be, it’s one of those pieces, everyone primus inter pares, although it took a few minutes for the Al Glancy Control Room to find the orchestra as an equal partner: when that happened it was great. 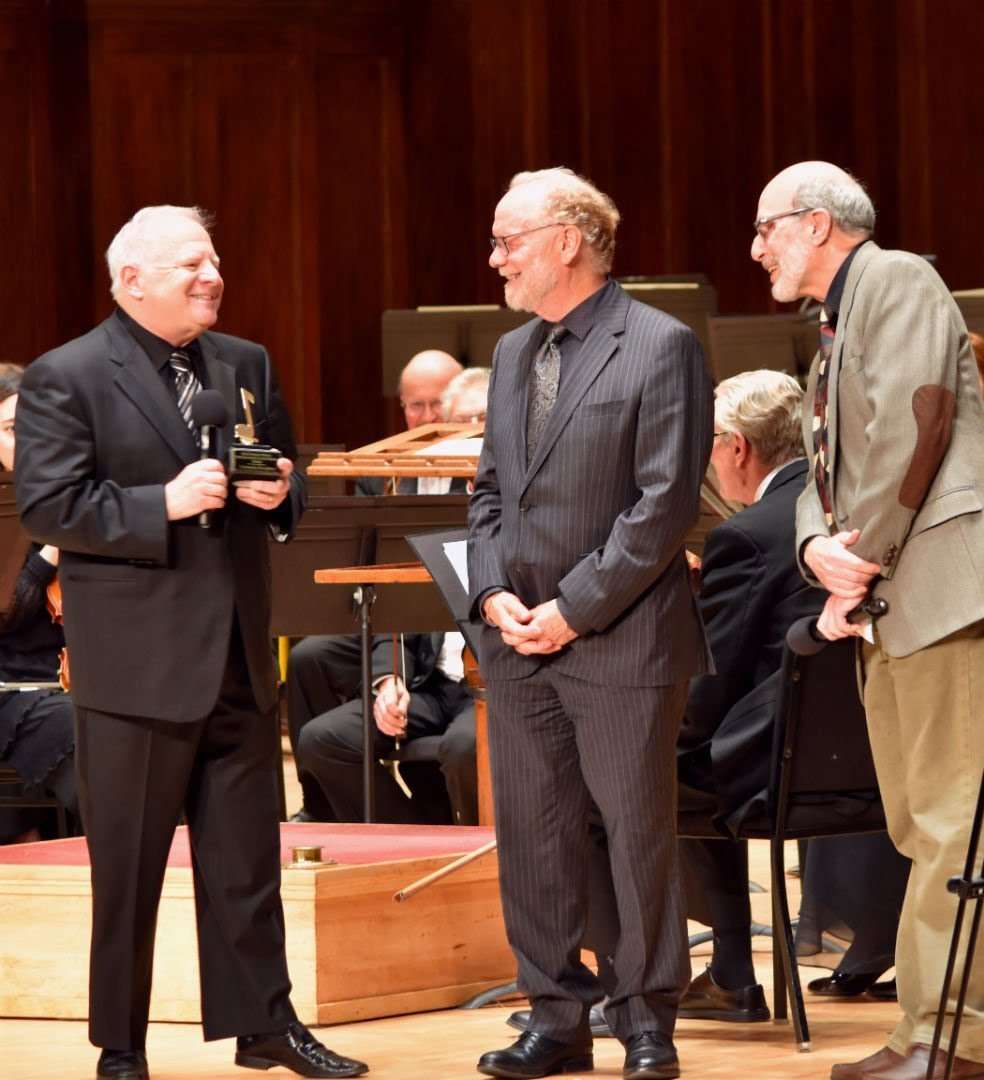 Before the concert’s part two, which contrasted rapture with mischief, Leonard Slatkin was presented with a Detroit Music Award for “Distinguished Achievement”, and a caring-sharing acceptance speech ensued.

Back to the music … Richard Wagner’s Siegfried Idyll was unveiled privately on Christmas morning 1870, Cosima Wagner’s birthday, by a few musicians attending the family villa, the piece named after the couple’s recently born son (who went on to compose, conduct and be artistic director at Bayreuth). The baton-less Slatkin led a suitably serenading account, beautifully played (fully complemented if tender strings, poetic winds), hushed, delighted, breezily detailed (‘Forest Murmurs’ not far away), with tempos perfectly allied to a state of blissful contentment and with an eye kept on overall shape. As for Richard Strauss’s Till Eulenspiegel, a humorous and vivid study of a loveable rogue, and a masterclass in large-orchestra scoring, this was brought off with panache (Karl Pituch debonair on horn, Kennedy nicely slithery in her solo), wide-screen characterisation and top-to-bottom Technicolor etching, piccolo to tuba, and with imposing weight-of-the-law drama at the assizes: Till may get hanged, but I am sure he’ll be back, after all he’s been musically present since 1895. Once upon a time…