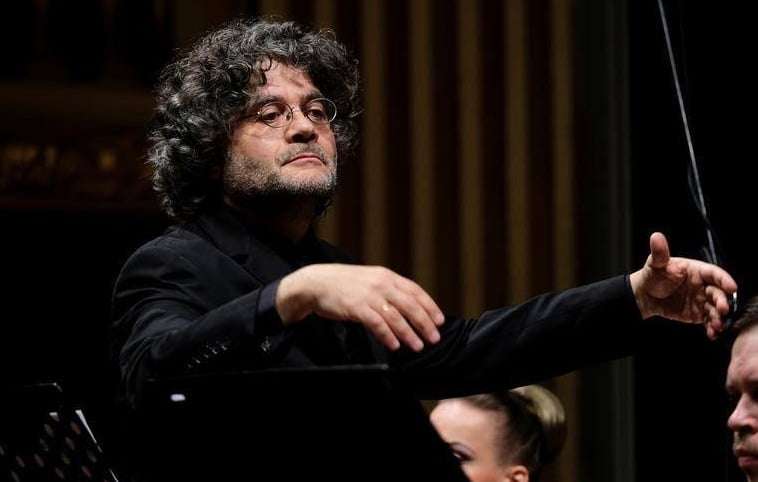 Given the restless, refined imagination of its Paris-based artistic director, Karl Fiorini, the International Spring Orchestra Festival in Valletta, now in its twelfth season, is about discernment. It places a premium on challenge, innovation and class, showcasing the new with the not-so-old in unexpected juxtapositions of programming. Pandering to easy taste, populist culture, the quick-fix tourist circuit, glam for glam’s sake, it leaves to others.

Throwing the gauntlet down, this opening concert framed Honegger’s immaculately crafted if relatively grey wartime Second Symphony for strings and ad lib trumpet – “born in the apocalyptic hour at the burning edge of death” – between the Maltese premieres of Fiorini’s Pentimenti for strings and percussion (2017-18) and Shostakovich’s Fourteenth Symphony, on Death and Mortality, dedicated to Benjamin Britten (1969).

Commissioned by the Valletta 2018 Foundation (Valletta is this year’s European Capital of Culture), Pentimenti turns to painting for its stimulus – in this case pentimento, that technique, from Van Eyck and Caravaggio to Picasso, through which a canvas is altered or over-painted, providing evidence of an artist’s previous or other intentions. From the Italian, the word translates into ‘repentance’ – though ‘remorse’ and ‘regret’, ‘contrition’ for past actions or sins, also permeate Fiorini’s understanding. Pentimenti, scored for divisi strings and two percussionists, is an essay of complex texture and sculpting, largely cyclic in organisation (the slow third and quick fourth sections broadly metabolising the first two). If it has a programme, none is revealed. But, Schumann/Shostakovich-like, its melodic orbit is one of entwined ciphers and climactic patterns and sighs developed out of expanding/contracting intervals, Mephistophelian tritones (two cellos at the start, vibraphone at the finish), glimpses of Gretchen that once were, might still be (the first arco forte of the second section), never that far away. Underlying the whole is a grounded tonal trajectory polarised around E – its ever-searching E-flat/D-sharp companion initially high and lonely above the void, latterly consumed in a dying aftermath of major and minor thirds. Metrically or temporally changed, a recurrent cryptogram, C#-A-D-G#, functioning much like BACH or DSCH, runs audibly through the second and third sections and in more disguised form within textures elsewhere. Reversed, the outer notes of this motto establish a sensuously beautiful latter-day (dominant-tonic) C-sharp minor final cadence, enriched in sonority, orchestration and emotional subtext.

Shostakovich’s uncompromising Fourteenth Symphony is laden with intensity, nuances, and associations of history. Solzhenitsyn thought it unduly pessimistic; others find it without redemption or transcendence. Russian darkness, Mussorgsky death, songs and dances, the pain of melody, the blackness of sentiments and speech-rhythms that can never be turned back, of life silenced, of Death as reaper rather than angel, make for a canvas that in its starkness, severity of language and economy still sends shockwaves. There is nothing appeasingly beautiful about this work. The cortège of its pages is about the pulse of lives and loves cut down. “All-powerful is death. It keeps watch even in the hour of happiness” says the poet (Rilke) in the last of the eleven movements. Death is the only thing that is certain, only the moment of its coming is kept from us. Brian Schembri, who during the 1980s studied in Russia, four of the years with Rozhdestvensky, understands the genesis, blood and syntax of this music like few of his generation. He masterminded a bleak characterisation, leaning into the odd dance step, painting colours with primitive starkness, walking us with him down the long roads of eternity.

Larissa Pominova from the St Petersburg Chamber Opera – steeped in the death-writings of Russian literature, the songs of Mahler (vermilion dress) – and Yuri Vlasov from the Mariinsky – a basso profundo of the most extraordinary range, timbre and mightiness of physical presence (sable sheriff tie, diamond clip) – defied easy categorisation. Magnificent, epic, without a doubt, yet feeling and delivering the words with a reality, a believability, shades of colour, one felt, born more of personal experience than training or coaching. In some ways, too, stronger, more visceral, more deliberated than the great artists first associated with this work – Vishnevskaya and Reshetin. The encounter brought shivers, taking me back sixty years to Mravinsky and Shostakovich Eight in London. With the final moment of the drama – Death seizing us in the midst of merriment – the theatre went black, the lights of life extinguished. Not a new idea, but one rarely executed to such numbing effect.

The European Union Chamber Orchestra value working with Schembri, giving him a warmer, bigger response than you might expect with a bottom-end section (right of stage) of just four cellos and two double basses. Across five rehearsals, he encouraged a relaxed, chamber-like mood, encouraging everyone to give of their best, open to discussion, benefitting from the urgent leadership and temperament of Hans-Peter Hofmann, the sort of player who’s good to have on your side. His solos and those of the other principals were noteworthy. The two youthful percussionist likewise proved admirable in both Fiorini’s piece and the Shostakovich, the echoed/repeated notes of the bells in the latter displaying high dynamic artistry (even if not so-marked in the score) and the exchanges of the fifth movement setting the scene with a hollow rasp (Apollinaire’s “In the trench he will die before nightfall, my little soldier, whose exhausted gaze from behind the shelter watched day after day for Glory”). Emel Hasanoğlu’s celesta (imported for the occasion from Italy, Malta not having any) was refined, each metallic glint poised with sensitivity. Tutti-playing throughout was incisive and biting, only the odd divisi tension reminding that Shostakovich was never one to write for the faint of heart – his most apparently innocuous passages taxing ensemble and intonation, his most strenuous stretching concentration and nerves. In the Honegger, lyrical and lithe, the closing trumpet solo was dispatched by Stephen Bishop with beautifully mellow legato control.

Chances to hear Shostakovich Fourteen are infrequent. Given the presence of two such outstanding singers, and the Kiev/Moscow background of Schembri, never a conductor to be ignored, it would have been good to see more of the local Russian community in the audience: odd that the opportunity was allowed to slip by.