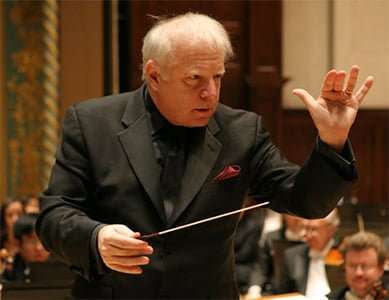 This generous programme kept your London-based reviewer up into the early hours. Worth it though. Ferran Cruixent is a Catalan composer, born 1976 in Barcelona; he too watched this American premiere of Cyborg over cyberspace. Leonard Slatkin introduced the work in typically informative and genial fashion before conducting the music inspired by the “part-human, part-mechanical organism”. It’s not just about playing the notes, though, for Cyborg calls for the players to exhale and inhale, sometimes through their instruments, to sing, and there’s even a role for mobile phones – “we have them on, you switch them off!”.

Stunning in its power and affecting in its quiet beauty, Cyborg, over its 21 minutes, together with lyricism, pulses and fluttering, would be perfect for a sci-fi film, but the music is certainly vivid enough to create images in the listener’s mind. I got to thinking of Varèse’s Arcana (recorded by Slatkin some years ago) – purely an interstellar connection – and if Cyborg isn’t in that league, on a purely musical level there is lots of exciting, brutal even, incident to relish: I wondered if Cruixent could be considered as Spain’s counterpart to Christopher Rouse, a composer I much admire, so that is meant as a compliment. Late into Cyborg, cued by what appeared to be a small recorder, or a penny whistle, Cyborg enters an enchanted world, some orchestra members intoning a mantra, the atmosphere created being both celestial and strange. Mobile phones created a lively beeping counterpoint to rich-sounding deep chords and steel drums complemented radiant upper strings. Cyborg is not an everyday piece, but it is fascinating and was done proud here. 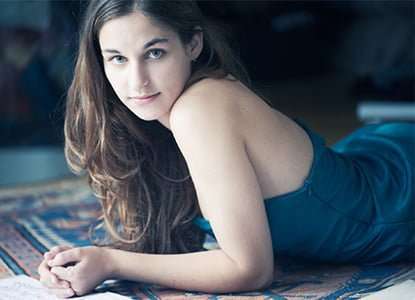 Also reaching North America for the first time was French violinist Alexandra Soumm. She gave a fiery, impulsive and edgy account of Sibelius’s Violin Concerto, flamboyant and scorching, but she inhabited the work, her virtuosity serving the music and her particular view of it. Soumm has a generous spirit and found real soul in the slow movement. The finale was rather nifty, though, and not just because Sibelius adds ‘ma non tanto’ to the Allegro marking, but it had gusty attack and was resolute if rather relentless, and that was a slight problem overall, a seeming unwillingness/inability to relax and variegate. Throughout Slatkin and the DSO were well-tailored accompanists, always supportive.

Finally, one of Mahler’s shorter symphonies, the orchestra required being slightly smaller than the others (no trombones and tuba, for example), which was stylishly and confidently played by the DSO. The first movement enjoyed Slatkin’s lack of point-making and had a natural ebb and flow that was refreshing, if more gemütlich than nightmarish, with solos from concertmaster and principal horn being particularly noteworthy. This sprightly, dovetailed and untrammelled music-making was followed by an initially swift and angular view of the next movement, Yoonshin Song’s devilishly tuned-up violin cutting through with macabre gusto, the music then settling for some delectable detailing. Footsteps were to be heard … Ilana Davidson making her way on to the stage! With Slatkin now baton-less the Adagio at its outset was most tenderly played by the cellists and then embraced exquisite oboe solos. A forest legend was being flexibly distilled, entrancing and suspenseful before the heavens opened majestically and then its mystical envoi led into the finale, a Child’s view of Heaven. Davidson sang with plenty of feeling and longing if maybe not enough childlike naivety and lightness, but Slatkin restfully faded the Symphony to peace … to heavenly silence.