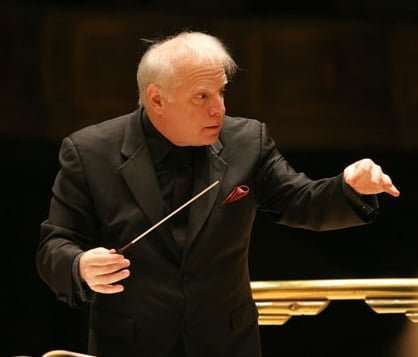 The first half of this morning Detroit Symphony webcast embraced two DSO premieres, surprisingly so in the case of Aaron Copland’s Billy the Kid, but this was a rare outing for the complete score rather than the familiar Suite. Beforehand, Leonard Slatkin opened with Michael Daugherty’s Lost Vegas (2011, originally for Symphonic Band), a “musical homage to the bygone days” of Sin City. The opening ‘Viva’ is sassy and jazzy, high-octane, brassy and percussive (superb timpani-playing). This first movement gets faster and shinier (neon variety), then winds down like clockwork to ‘Mirage’ for something more lyrical and ‘open road’, woodblocks a prominent feature. The finale is entitled ‘Fever’, with slapped double basses and standing trombonists. Whilst enjoyable, and gamely performed, the bright lights of Lost Vegas did become a bit wearing, but it works well enough as a colourful concert opener, and was given ‘the works’ by Slatkin and the DSO.

Aaron Copland wrote the score for the ballet of Billy the Kid in 1938 as choreographed by Eugene Loring. Not surprising for such popular music – in every sense and not least in the use of cowboy tunes and indigenous folksongs, incorporated with sophistication and true to this composer – Copland made a Suite. It has the advantage of avoiding passages of repetition and also brings a relative tautness. But equally the whole work has a dramatic largesse: a tense atmosphere, the suggestion of open plains, times of day, and offsets exuberance, lyricism and drama, conjuring happy times and conflict and does so graphically, painting pictures and bringing forth real emotions that touch the heart and thrill the senses, not least the percussive festival as the law arrives to do battle with Billy and smile-inducing with that scene’s jaunty envoi as the outlaw is taken into custody. Quite lovely is a bassoon-led ditty that escaped the Suite. An electric guitar was used in this performance – I understand that this is the composer’s stated alternative to the harp. I suspect that the audience, and those watching the webcast, will not easily forget the gunshot! A loud report that will find its way onto Naxos before long. 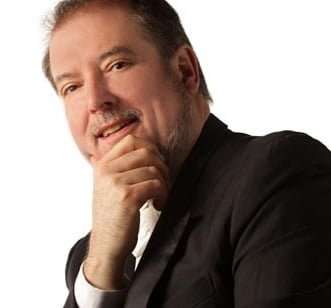 Following the interval, Garrick Ohlsson gave a magnificent account of Rachmaninov’s Third Piano Concerto (its second performance in New York City was conducted by Mahler, early in 1910). The first movement in this Ohlsson/Detroit/Slatkin collaboration – the pertinent word – was unusually spacious, and wonderfully so, the opening theme played tenderly by Ohlsson, in patrician form, the DSO and Slatkin in aesthetic and emotional sync with him. Fluctuations of tempo always seemed natural and there was an old-world freedom and depth of feeling in this gorgeously expansive unfolding. As virtuoso as he was, Ohlsson’s mastery always served the music – with playing considered, modulated and dynamic, often exploring the quieter end of the range supplemented by a wealth of colour and inflection, never forcing loudness or punishing the piano. Indeed it was his retreats into quietude and Rachmaninov’s interior world that were enthralling, given with a Bachian clarity.

Ohlsson opted for the shorter and ‘simpler’ of Rachmaninov’s two first-movement cadenzas and that opening tune seemed to get slower on its reappearances, certainly more nostalgic. It was a good move on Slatkin’s part to move straight into the slow movement, an unmarked but effective attacca, the music full of a heavy heart, the pianist so lyrical in response, private yet powerfully communicative, never wallowing, always dignified, and with a light touch in the scherzo-like episode. There was a summoning bass growl from the piano as Ohlsson flourished us into the finale, sunlight to the relative seclusion of earlier, and at a tempo that might be called ‘normal’ but with time to reveal pathos and to weight and shade chords with particular consideration. The end of the work was a glorious summation.

With Slatkin now seated on the podium, Ohlsson offered an extra, Chopin’s C sharp minor Waltz (Opus 64/2), once again a masterly display of piano-playing musicianship, elegant, refined and thoughtful, and also deliciously capricious. I look at my shelves in gratitude that I have Ohlsson’s Complete Chopin as released by Hyperion.