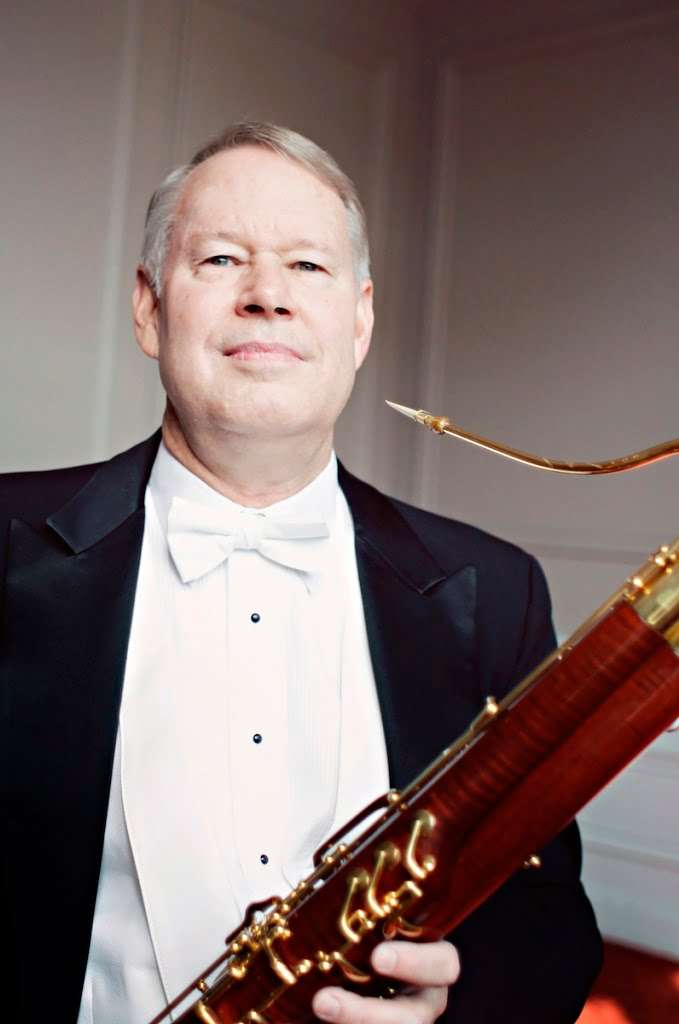 Whatever the tests of fidelity and the opera’s love-in/out shenanigans (sometimes in disguise), which Lorenzo Da Ponte’s libretto for Così fan tutte calls for, Mozart’s Overture to what follows is poetic and pattering. Leonard Slatkin caught these moods ideally, offering no “alternative facts” as to how this music goes, an eloquent and bubbly approach, with a dash of pathos, the Detroit Symphony Orchestra opening the curtains.

The Concertos in this Mozart series are fielded by DSO members. It was Robert Williams’s turn. Anyone who is a DSO regular (whether in person or through these invaluable webcasts) will I imagine have long-appreciated first-chair Williams’s alluring tone and characterful phrasing. He first-played K191 with the DSO in 1976, and his experience shone through, not least in a wide-ranging first-movement cadenza, the bassoon straying into contra and cor anglais (English horn) registers. The pearl of the performance was the slow movement, ineffably lovely, and the closing Minuet had engaging lilt.

For the last of the four Horn Concertos, David Everson stepped forward (his colleagues have already been on) and he delivered a gently voiced first movement that had the occasional insecurity amidst much that was nonchalant, followed by a mellifluous ‘Romanza’ and a witty Finale, perfectly paced, not least to properly articulate the strings’ various figures.

This last movement coined a comic song from Michael Flanders & Donald Swann (a British stage and recording duo active during the 1950s & 1960s) with the punning title of ‘Ill Wind’. The following words, written by Flanders (Swann was the pianist), fit perfectly Mozart’s note-values for the opening tune!
I once had a whim and I had to obey it
To buy a French horn in a second-hand shop
I polished it up and I started to play it
In spite of the neighbours who begged me to stop.

There aren’t many laughs in Mozart’s minor-key Symphony 40, as ‘stormed and stressed’ as anything he wrote. I got to know the first movement through Waldo de los Rios’s pop-style arrangement, and then Ferenc Fricsay completed the picture. Decades on, and thinking fondly of recorded versions from Böhm, Giulini and Krips (each quite stately in the opening Allegro), Slatkin, although somewhat nippier, didn’t rush (you could hear all the initial notes that the violas have, which are sometimes a blur if the tempo is too molto). Plenty of involving emotions were expressed, darkness and edge too, as well as a podium foot-stamp, the music stern and dug into, for all that the less-severe clarinets-added revision was used. Solace was generated by the forward-moving Andante; and, following a Minuet from outside the dance hall, the Finale, as unvarnished as the first movement, if with shafts of sunlight (not developed), confirmed the ‘no way out’ nature of this particular Symphony.