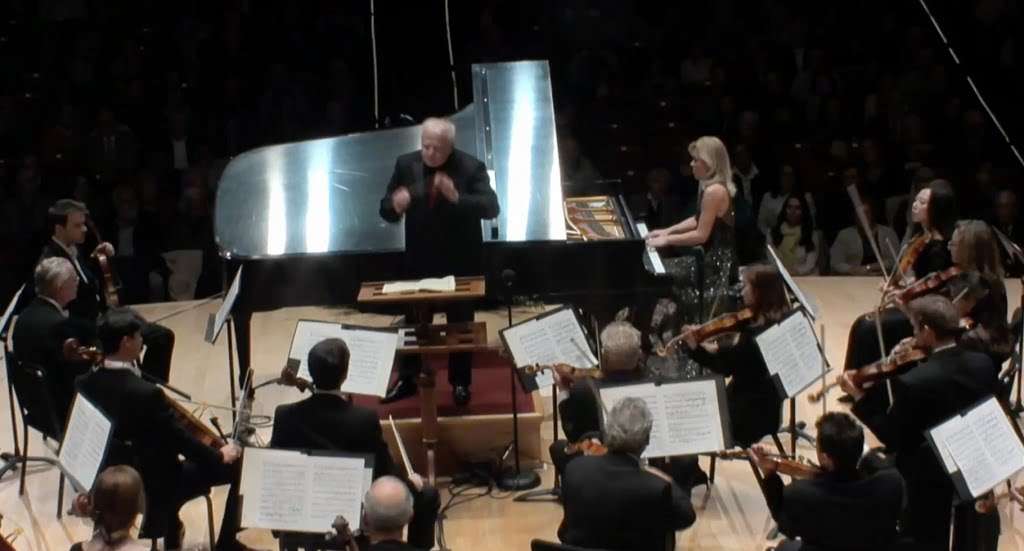 The Detroit Symphony Orchestra opened its 2017-18 season (this webcast was of the third such concert) with Leonard Slatkin, in his tenth year as DSO music director, leading something new, then reviving an American classic, and clinching the deal with the ‘Eroica’.

Conor Brown’s How to Relax with Origami (and we’re supposed to be a paperless society!) consists of eight vignettes, inviting and colourful, Latin-American festive at times, with slower numbers bringing allusions to different styles of music, wittily counterpointed, with such as a slide-whistle, for music of attraction and enjoyment, and also cueing the intriguing consideration that not all is as it may seem.

The revival was of Samuel Barber’s Piano Concerto, written in the early-1960s for John Browning who recorded it twice, first with George Szell (Cleveland) then with Slatkin (St Louis). Since Browning’s death in 2003, Garrick Ohlsson has been Slatkin’s pianist of choice, and now it’s Olga Kern. 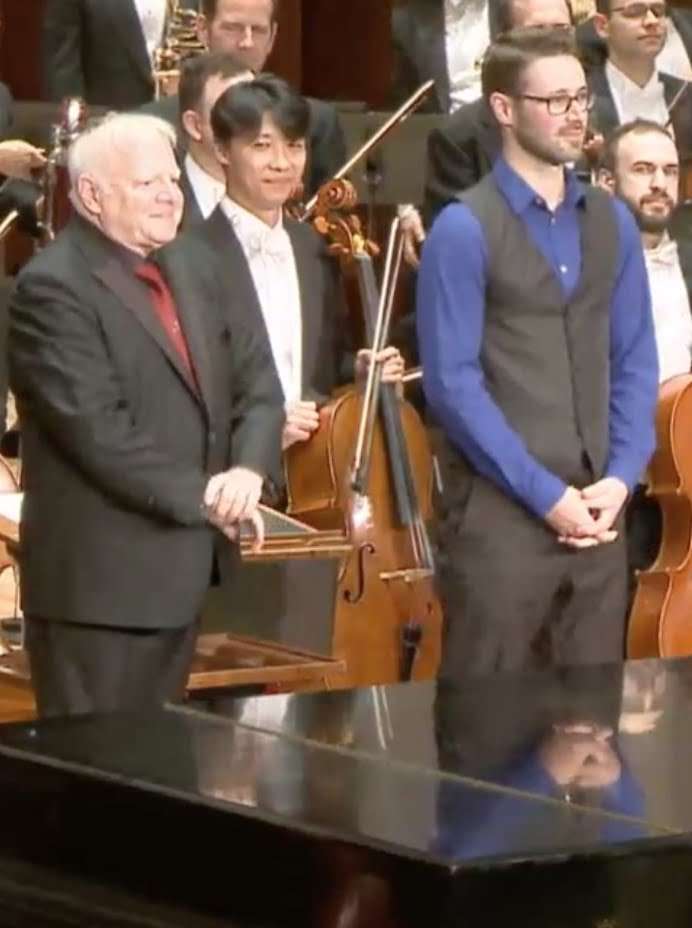 The first movement may be heard as impassioned, surreptitious, edgy and jagged – but always communicative – contrasted with romantic entreaties from woodwinds, and with a powerful sense of struggle that culminates in a vibrant cadenza, which Kern played with panache and skill and – as throughout the Concerto – with emotional identity. Delicacy and infinite melody embroider the entrancing central ‘Canzone’, wistful music a world away from the tussles of the first movement, and Bartókian rhythmic punch informs the Finale, Barber introducing exotic contrasts and scoring, knots tied with the mighty and emphatic conclusion. It was good to hear this piece again in such a committed account. For a pulsating encore, Kern selected the final example of Prokofiev’s Four Etudes, his Opus 2.

Beethoven’s ‘Eroica’ Symphony is one of Slatkin’s ‘top ten’ pieces (and mine), as revealed in his new book, Leading Tones. Music, conductor and listener were in sync here. Today, and too often, Beethoven’s Symphonies are rushed through in deference to the metronome markings, often against what the music is telling us – and more about getting the notes in place than what they may be about.

Not that Slatkin was masquerading as Klemperer or Böhm – his insightfully considered and proportioned approach persuaded the entire time. Thus if the first movement was quick it was also poised, not foot-on-the-pedal motorised, with room for expression and lyricism and also incisive stabs. Opening with authority (the two chords of introduction), the Allegro had thrust (exposition repeat taken, convincingly, making the first movement longer than the second) and a sense of rightness, wholeness and inevitability, and detailing was immaculate.

Of measured tread – dignified and suitably mournful thanks to a spacious tempo – the ‘Marcia funèbre’ bore the weight of the World’s troubles on its shoulders – pallbearer music – eloquently played, not least by oboist Alex Kinmonth, building to an emotional outpouring, all the more intense for staying in tempo and confronted unanimously by a top-form DSO; the aftermath was of exhausted desolation. Following which Slatkin found a gambolling gait for the Scherzo – articulate and played deftly – and in the Trio the horn threesome shone. Vividly characterised, the Finale retained a weight and gravity with what had gone before, especially in the oboe-led episode towards the end, here grand, and the coda was of egalitarian release: power to the people over tyranny (Napoleon Bonaparte when Beethoven wrote his ‘heroic’ masterpiece).

To complete the picture, as it were, there was excellent sound and vision from the Al Glancy Control Room. For me the Beethoven culminated successive days of exalted music-making, first Jeremy Denk essaying Mozart, then Martyn Brabbins conducting Birtwistle and Vaughan Williams, and – proving the significance of ‘3’ as a number – this impressive webcast. It may have arrived at an unsocial hour (London being five hours ahead of Detroit) but it was ‘Eroica restored’ and that’s well-worth the sleep deprivation.