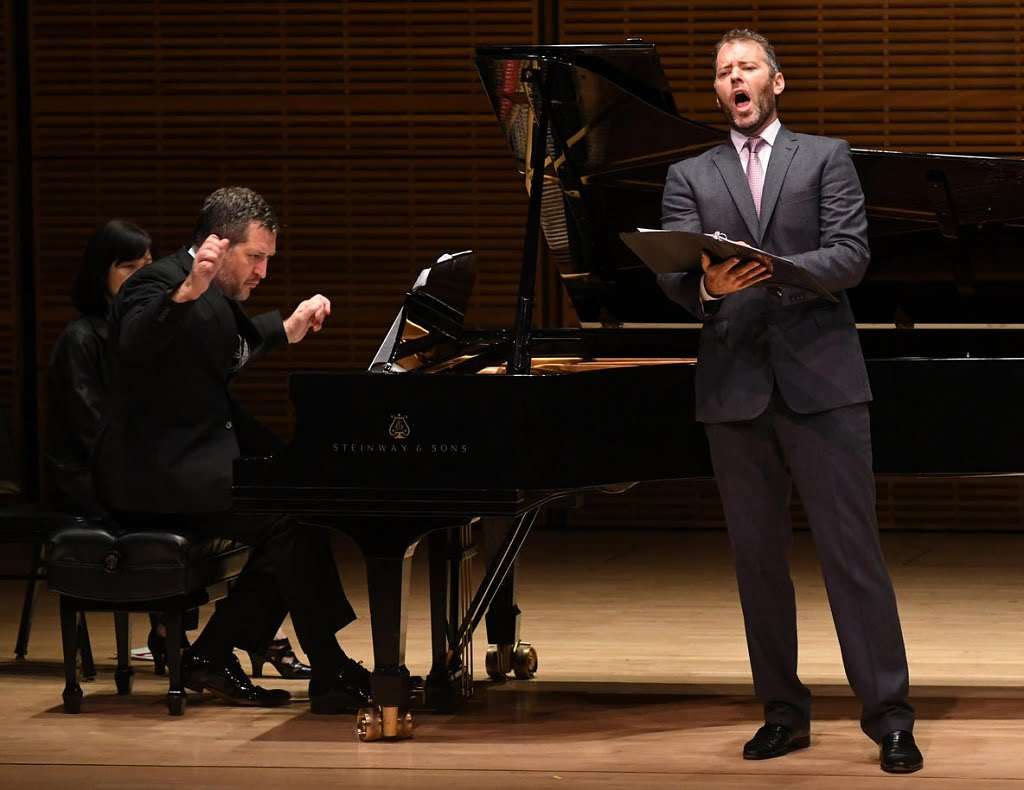 Thomas Adès’s multiple talents were in abundant display during this “Afternoon of Song”. He is in New York preparing for the Met premiere of The Exterminating Angel, and brought with him to Zankel Hall three singers who will be performing in the opera. Alice Coote was to have also participated, but was ill.

Joseph Kaiser started with Schubert Lieder, varied in mood and sung with great artistry. Adès’s accompaniments were exquisitely fashioned, suggesting gentle waves in ‘Am See’, a ringing bell in the strophic ‘Das Zügenglöcklein’, and thundering horse’s hooves in ‘Auf der Bruck’. Most touching was ‘An die Enfernte’, in which the singer beseeches his lover to return.

Next up was Iestyn Davies, whose crystalline voice is ideally suited to Purcell and Dowland. He began with the former’s ‘By beauteous softness’, drawn from the composer’s first birthday ode for Queen Mary II. The five string parts have been beautifully realized for piano by Adès. Davies’s Schubert contribution was a gorgeous ‘Tränenregen’; hopefully he will tackle the entire Müllerin cycle.

Adès’s first published work, The Lover in Winter (1989), sets four anonymous medieval Latin poems that contrast the cold of winter with the warmth of love. The singer is challenged with irregular rhythms, leaping intervals and melismatic treatment of significant words, all skillfully managed by Davies. The piano part is at times suggestive of the poems’ origin and at others is distinctly modern. Next were two songs from Shakespeare’s The Tempest that have long been – perhaps inaccurately – attributed to Purcell, here prepared by Adès. Davies concluded with Stravinsky’s setting of Edward Lear’s The Owl and the Pussy-Cat, the jarring music contrasting oddly with the simple text. 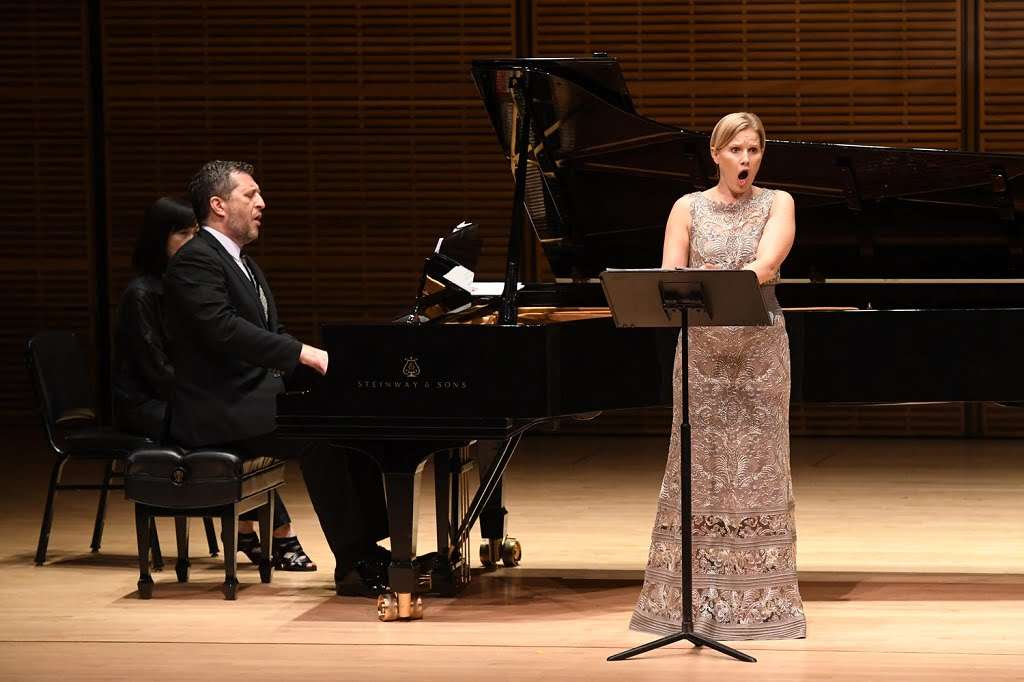 Sally Matthews then sang in fine voice, first a humorous number by John Woolrich, ‘The Turkish Mouse’, followed by four Schubert songs. Her dramatic account of ‘Der Unglückliche’, with its story of lost happiness, contrasted with the unconstrained joy of ‘Seligkeit’ and its whirling accompaniment. A lovely ‘Nacht und Träume’ showed off Matthews’s superb technique and expressiveness and she concluded with a gripping ‘Gretchen am Spinnrade’, Adès keeping the wheel in perpetual motion.

Following intermission, Matthews and Davies formed a wonderful duo for two Britten realizations of Purcell songs, ‘Sound the Trumpet’ especially spectacular. Kaiser returned for Britten’s Hölderlin Fragments. ‘Menschenbeifall’ and ‘Sokrates und Alcibiades’ are almost conversational, while ‘Die Heimat’ is lyrical, the singer relating a longing to return home in peace. The last three trace the path of life – from youth to preparedness for death. Kaiser gave them an intense reading with Adès expertly rendering Britten’s fascinating writing for piano.

The final grouping began with Davies’s spellbinding rendition of John Dowland’s ‘In darkness let me dwell’, followed by Adès’s performing his own Darknesse Visible, in which the Dowland song is dissected and embellished. Davies concluded the program with Purcell’s ‘Now that the sun hath veil’d his light’. The encore was a glorious rendition of Purcell’s ‘Under this Stone’, a round for vocal trio, Adès listening from the rear of the stage.