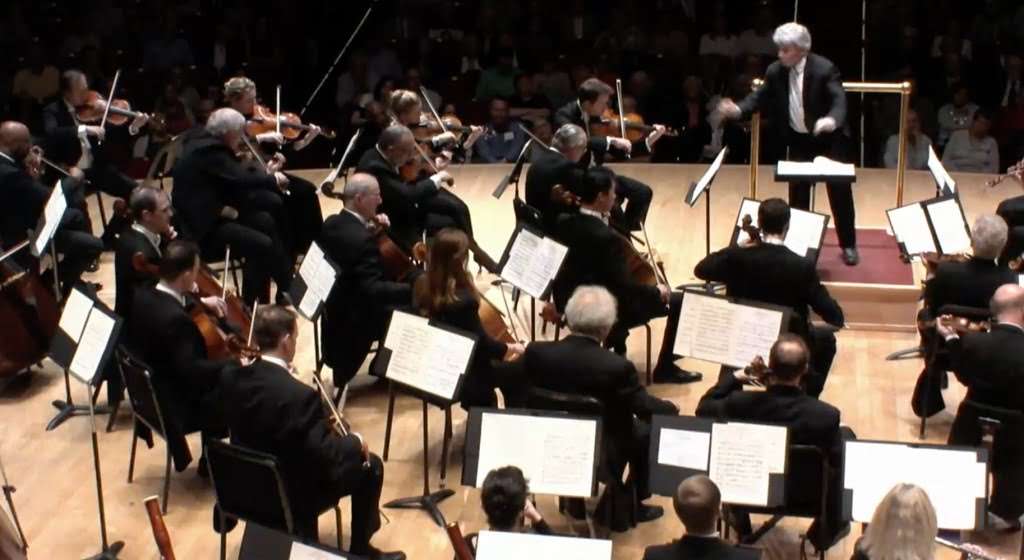 Peter Oundjian led a carefully enunciated account of the first movement of the ‘Pathétique’, Robert Williams’s wonderful bassoon solo at the beginning suitably doleful, yet for all the promise and the characterful playing there wasn’t much to suggest that Oundjian was deeply inside the music’s complex emotions – lovely clarinet solo (transferring to its bass brother) though before the tempestuous episode – and this latter, while not elementally fast, did fall foul of one of this conductor’s unfortunate fortes, literally so, too loud brass, a mistaken token of passion. (I sympathised with the crying baby heard during the coda, a critic in the making.) The 5/4 and march middle movements fared better, the former shapely and soulful, the latter with a well-chosen tempo, not show-off swift, quite jaunty and well-controlled if leaning to brutally brassy by the end (no surprise there, I pity those musicians in the direct line of the trombones’ fire) and cueing the inevitable clapping, which had already intervened at the close of the first movement (audience steals audience’s thunder). The slow Finale, a model for Mahler 9, Oundjian’s launching of it into the fading hands-together noise quite effective, the music given with sensitivity and eloquence, DSO strings really opening up with a sheen, and the doom-laden gong-stroke made its mark, so too the ebbing and diminution of the concluding bars, intrusive coughing not contained though.

Oundjian was standing in for Leonard Slatkin – surgically bypassed recently and now making a hearty recuperation – and in this second of three presentations of this unchanged programme two new works filled the first half, well done to Oundjian for learning them at short notice. 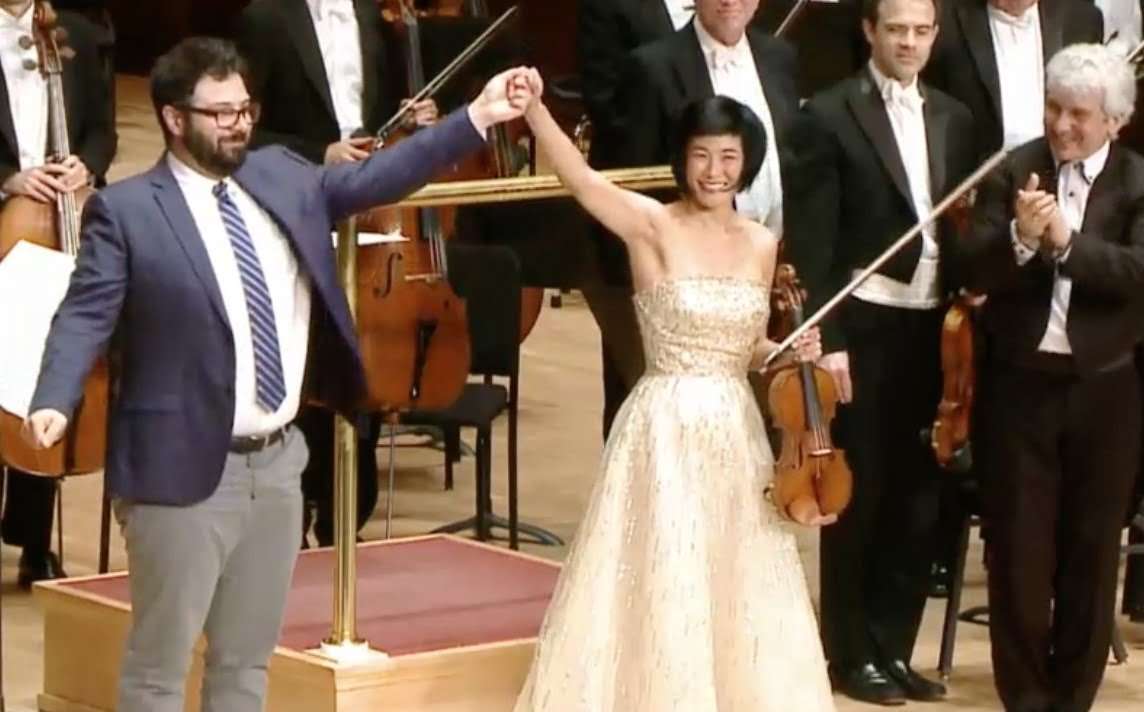 Roshanne Etezady (born 1973) is one of several beneficiaries of Slatkin’s season-long initiative to commission pieces from pupils of composers he has championed over the years; Etezady’s biography includes William Bolcom (eighty on this day) among her mentors. Diamond Rain glitters in title and in sound – reflecting the sort of weather found on Jupiter – music that is intergalactic in atmosphere (with some John Williams silver-screen painting at times), very expressive and colourful, with plenty of percussion to feed the urgent rhythms and the tying-together grandiosity before a return to the opening … it’ll be pouring again soon.

Born in 1984, Christopher Cerrone’s new Violin Concerto – which plays continuously – starts favourably with the (relatively small) orchestra buzzing, from which the violin emerges, but things then get stuck in a rut of repetition; so when more-lyrical material arrives it is welcome (even if it does remind of Arvo Pärt), albeit with the continuing caveat that restating figures too often is of diminishing returns. Although the performance was obviously good, with Jennifer Koh outstandingly committed, and there were occasional moments when accruing intensity caught the attention, for all its shortness, seventeen minutes (Etezady said more in her ten), I felt I’d heard ‘Breaks and Breaks’ several times already.