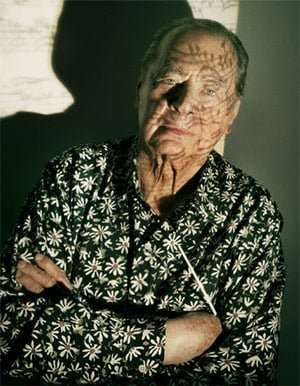 In Detroit, this morning concert started at 10.45, arriving to your London-based reviewer simultaneously as an agreeable matinee. Rafael Frühbeck de Burgos turned 80 on September 15. His venerable status shows no sign of diminishing. Last time he conducted in Detroit, in March, a coupling of Dvořák 8 and The Rite of Spring, also a webcast, he sat to conduct if proving to be a virile walker to and from the podium; this time he sat only for the Liszt concerto.

Liszt’s Les Préludes, his third symphonic poem, was sourced from Alphonse de Lamartine’s New Poetic Meditations (“What is life but a series of preludes to that unknown song whose initial solemn note is tolled by Death?”). Liszt’s work with its pastoral and triumphant episodes doesn’t really seem to mirror these sentiments. 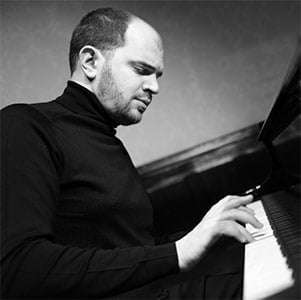 This performance was affectingly expressive from the off with some delicious contributions from the woodwinds. The strings’ weight of tone also promised much to which the sonorous brass added nobility. Frühbeck’s conducting was affectionate. The DSO responded in kind. The only doubt emerged with the mid-point stormy section, which was rather dogged. In Piano Concerto No.1, Kirill Gerstein was technically impeccable but was slightly outside of the music. He knew how the work goes (of course), and he could play every note; he was a sensitive accompanist to orchestral soloists, and they to him, and his lack of display was welcome. However, if his musicianship was never in doubt, there was a shortage of glitter and devilry that perhaps is mandatory in this piece; however accomplished, this rendition was a bit too ‘normal’ if collegiate.

Although this was nominally a concert by Hungarian composers, it’s just as easy to think of Béla Bartók’s Concerto for Orchestra as being American if true to his roots; after all, the composer was in the States, with financial problems and in poor health, and rallied to a commission from Serge Koussevitzky for the Boston Symphony Orchestra. Frühbeck, as for Les Préludes, conducting from memory, led an atmospheric, intense and vividly detailed reading of music that is as much a five-movement and deeply personal symphony as an orchestral showpiece. (Frühbeck directed the contracting Bostonians in it just a few months ago.) There are plenty of solo opportunities in this work, though, and they were taken admirably by DSO personnel; above all, whether deft, heartfelt, sarcastic (the raspberry-blowing trombones), nostalgic or exhilarating, this was a classy performance leaving in no doubt as to why the Spanish maestro is such a welcome guest in Detroit.

Throughout this webcast the sound was very good, but the camerawork was less certain. It was good to keep in touch with Rafael Frühbeck de Burgos, whose calendar rarely features London these days, sadly, but thanks to technology here he was – genially authoritative – on my computer!