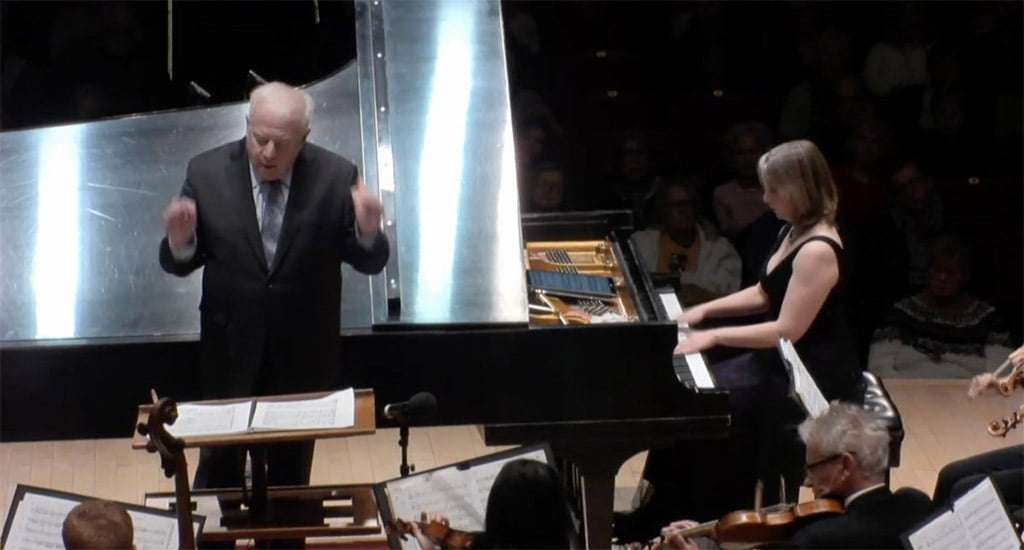 Think Adagio for Strings and Samuel Barber comes to mind (most probably). Not that he was the first to coin the title – that may have been Guillaume Lekeu in 1891. Barber has recently been joined in (almost similar) titular terms by Cindy McTee, and like the Barber, her example is from a bigger work (Symphony No.1, CD review-link below), his from the Opus 11 String Quartet. McTee’s (nearly-twelve-minute) Adagio owes to Penderecki’s Polish Requiem and is a well-expressed and consoling if uneasy lament, while perhaps finding something beatific in the closing measures, a sad, tear-stained, acceptance: that’s my version anyway.

Barber’s Adagio – today invariably used in memoriam or in response to tragedy – is as eloquent and as moving as anything on the musical planet, here a ten-minute tribute to the recently late John Dingell (House of Representatives) moulded magnetically by Leonard Slatkin’s hands (he was baton-less throughout the concert), and, like the McTee, DSO members were sensitive and intense in response, the Barber climax especially riveting, the sort of music-making that pins you against the wall. 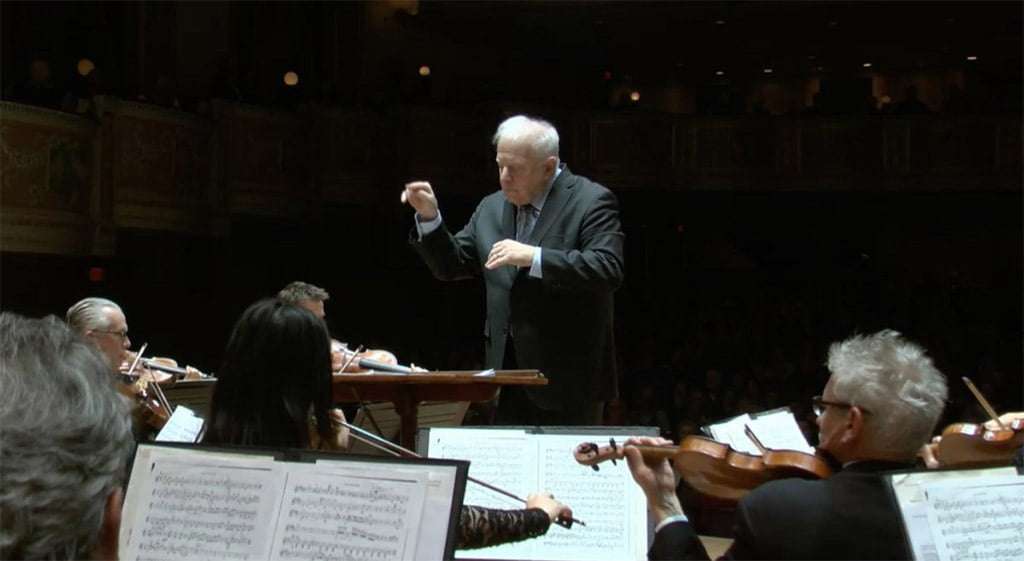 And to really pile-drive into one’s susceptibilities, there was also Appalachian Spring (water) – square-dances (take your partners) and hymn-tunes, yes, but Copland’s capacity to poignancy is here second-to-none, pastoral beatitudes of a rare order (Vaughan Williams’s Third Symphony is comparable), rendering words incapable. It’s a Slatkin speciality, whether complete or Suite, and the latter (arrived at in 1945) was here allowed to breathe and skip naturally, bursting with atmosphere, exuberance and – above all – it was deeply affecting. (Writer lets out a sigh.)

Not that susceptible reactions hadn’t already been under extreme pressure during this concert (given on the morning after the night before), a programme tailor-made for your correspondent, for it also included Leonard Bernstein’s Symphony No.2, The Age of Anxiety (1949/65), based on the near-contemporaneous and Pulitzer Prize-winning “Baroque Eclogue” by W. H. Auden. His extensive poem deals “with man’s quest to find substance and identity in a shifting and increasingly industrialized world.”

Musically, Bernstein’s Symphony (and it is one, despite the obbligato piano) is in two movements and six parts, the latter division matching Auden’s design. The piano might be heard as the leading character (Bernstein was the soloist in the Koussevitzky-conducted premiere, and he recorded it three times as conductor, with pianists Lukas Foss, twice, and Philippe Entremont). Taking the pianistic role here, replacing the unwell Jean-Yves Thibaudet at short notice, was Orli Shaham (sister of Gil and married to David Robertson). She was terrific, and from memory, so inside the music, whether musing, scampering or jazzing, the latter being ‘The Masque’. 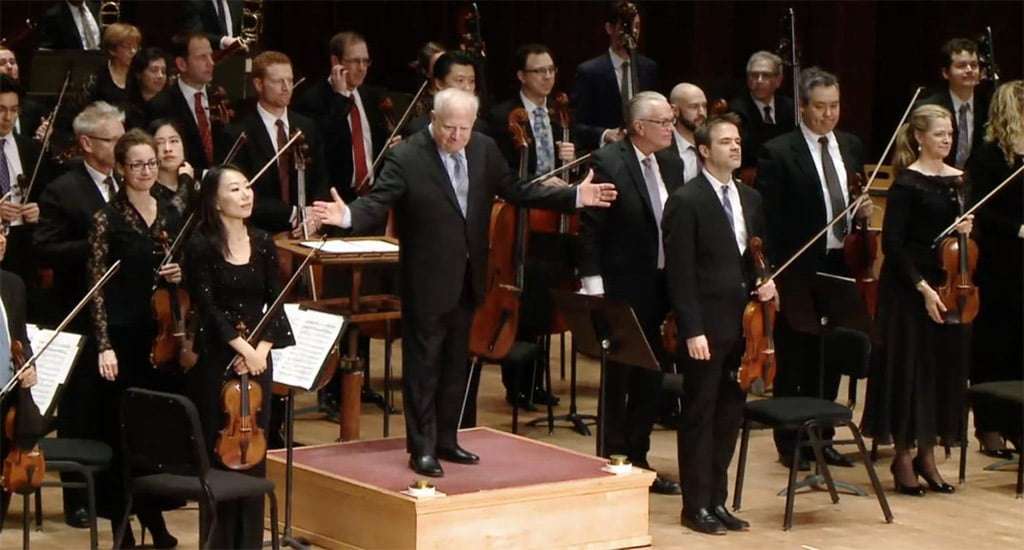 This masterpiece covers a gamut of emotions, some powerful enough to disturb profoundly (‘The Dirge’), and there is musical ingenuity a-plenty too, not least in the two sets of Variations (seven in each, ‘Ages’ and ‘Stages’). This DSO account opened with the clarinet duet unconducted, so much said from the off, so lonely in expression (as Auden’s protagonists drown their sorrows in a bar) and so considerately corresponded by Shaham’s first entry, and subsequent orchestral solos were equally distinguished, all essaying something of consequence.

This first movement was conducted by Slatkin with total belief in the piece (which I share, for forty years now) – whether paced broadly or with closely-observed fleetness, and he went on to expose the music’s raw nerves and over-spilling passions to a resolute conclusion via an edgy party – piano, percussion and a lonesome bassist – although Kevin Brown was a little closer to the merrymakers than you might think, strumming and slapping a second instrument. If you would like a three-word description of this performance of the (ageless) Anxiety: stunning and compelling.

The next DSO webcast (Sunday the Seventeenth) is music By George and it’s not Summertime yet!