Purcell
Dido and Aeneas [with extracts from the play “Dido, Queen of Carthage” by Christopher Marlowe]

Orchestra of the Age of Enlightenment 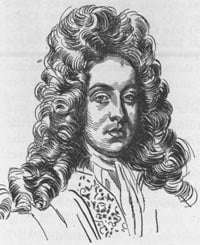 This was the second performance of two of a hybrid “Dido and Aeneas”, combining Purcell’s opera with parts of the play on the same subject by Christopher Marlowe, the two being enacted with half-life-size marionettes. Purcell’s work is itself inherently a Gesamtkunstwerk with a large element of ballet, so the adding of extra layers did not trouble me. What it lacks, being so compressed, are a historical context for the encounter between the two protagonists and clear motivation for their actions. The addition of extracts from Marlowe supplied the first, while Tim Carroll’s direction concerned itself substantially with the latter.

The two leading roles were shared between singers and actors, while the singers of the subsidiary ones combined the two functions. The first half of the performance was dominated by Marlowe’s text, with a bust of (presumably) Virgil at the side of the stage initiating the narrative. Jonathan Oliver, who was magnificent throughout, declaimed his lines with clarity and a certain remoteness, changing to vivid subjectivity as he delivered Aeneas’s bloodthirsty account of the fall of Troy before the Carthaginian queen.

The marionettes represented strongly-defined characters. Dido was a sex goddess in a (very) low-cut dress, Aeneas a long-haired playboy. Carroll offered some directorial hints to fill out the representation of the Trojan prince. He was initially bashful in the presence of the queen and she feigned indifference in their first encounter, though this was to change to a mutual smouldering of eroticism. Belinda was seen to encourage vigorously the sexual aspect of their relationship and seemed eager to see what was going on between the lovers in Act Two.

With the exception of the eponymous characters, the performers manipulated their own puppets, using manual gestures to underline their utterances, sometimes to the amusement of the audience. They performed atop a rectangular box embellished by some in-scale props, thrones, a couch for reclining, and for the outdoor scenes there were artefacts representing a wooded area and a cave. The box was later converted into a transparent aquarium, in which a sea-monster cavorted malevolently, while other post-modern objects appeared in the witches’ armoury of terror.

Of the singing, the most appealing and unselfconscious came from Elin Manahan Thomas as Belinda, her bright, pure timbre and natural verve establishing a sharp contrast right from the start with her mistress’s sulkiness. 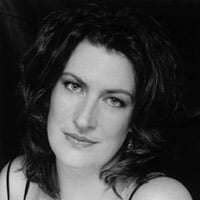 Sarah Connolly was predictably noble and magnetic in the ‘Lament’ but elsewhere she seemed inhibited by having to adopt a stooping position to align herself with Dido’s doll. As her suitor, Giles Underwood was vocally colourless; he did not convey a clear conception of the character, even if the notes were cleanly delivered.

Character was also missing from Alexandra Gibson’s Sorceress: granted that the pantomime villain voice adopted by some past recorded interpreters would no longer be acceptable, her po-faced plainness was no better. Simon Wall was a high-spirited Sailor, while one voice which stood out memorably was the powerful countertenor of William Purefoy as the fake Mercury. The minor soloists came from the Choir of the Enlightenment, doubling up as choristers and stage-hands. Their performance of the important choruses was subtly varied and avoided exaggeration.

The players of the Orchestra of the Age of Enlightenment were exuberant and vivid in the dance episodes, while their accompaniments subtly seconded the characters’ feelings. The Marlowe speeches were accompanied discreetly on lutes. Chorus and orchestra came together movingly in the final chorus ‘With drooping wings’; when the choir fell silent it was left to the players to fade away until they were merely feathering the strings: a magical effect.

The basic idea may have been motivated by the desire to expand this 50-minute opera into a viable evening or perhaps to widen the audience profile. In the event, there seemed a sizeable number of under-25s in the audience. I hope they will be encouraged to explore opera further.