Dmitri Hvorostovsky’s recitals reliably feature superb vocal quality and unerring musicianship, but one can never be sure of what persona the Siberian baritone will choose to project. His appearance and demeanor have ranged from the traditionally formal to that of a spiky-haired, leather-clad rock star. On this evening, in the large Stern Auditorium, with long white locks and sequined lapels on his coat, leaning languidly against the piano, he appeared totally at ease, as if singing for a few friends. He had a music stand beside him, but hardly referred to it; there was nothing to distract from his direct communication with the audience.

The first half of the recital was devoted to songs by Rachmaninov, each set to verses by a different poet, and all composed before he emigrated from Russia in 1917. Hvorostovsky’s intonation and phrasing were outstanding across the songs’ wide range of moods and colors. Given the composer’s status as a great pianist, the instrument is the singer’s equal. Ivari Ilya played superbly accompanying the vocal lines and in the beautiful postludes. 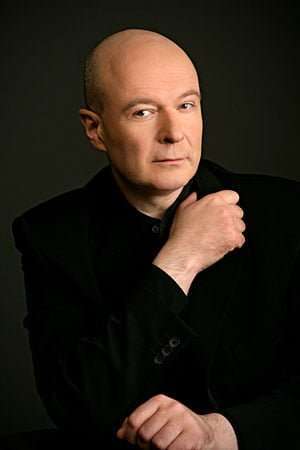 Hvorostovsky began with ‘My child, you are beautiful as a flower’, based on Heine’s poem Du bist wie eine Blume, in which echoes of Schumann’s better-known setting could be detected, followed by a glowing rendition of ‘Morning’, to a text by Mikhail Yanov. Most delicately sung were ‘How nice this place is’ with its depiction of the serene beauties of nature, and the similarly-themed ‘Lilacs’. Nearly all of Rachmaninov’s songs are about the joys and pains of love, but beyond this is ‘The raising of Lazarus’, in which the deep resonance of Hvorostovsky’s voice was set against Ilya’s tolling accompaniment followed by a densely harmonized piano envoi. In ‘At the gates of the holy cloister’ Hvorostovsky aptly conveyed the exhaustion of a destitute beggar asking for a piece of bread but being given only a stone, comparing this to the “bitter tears and melancholy heart” of a betrayed lover.

Georgy Sviridov labored for some twenty years over his “vocal poem” Petersburg, composed for Hvorostovsky and pianist Mikhail Arkadiev, completing it in 1995, three years before his death. It sets nine poems of Aleksandr Blok, written in the early-twentieth-century before and just after the outbreak of World War One, and dealing with the mythic history of the Tsarist capital and apocalyptic visions of its future. Sviridov’s compositional style is distinctly tonal, but with pungent dissonance as punctuation.

In the cycle’s prologue, ‘The Weathercock’, the piano mimics the chiming of bells as the singer urges a tin cockerel on a rooftop to sing a sweet song of the city’s future, Hvorostovsky’s voice rising dramatically on the imperative “sing”. ‘The Golden Oar’ introduces a mystical “Beloved” dressed in white, the music delicate as gossamer with dramatic pauses between virtually every word in the beginning of the final stanza. The Beloved also figures in the following song, ‘The Bride’, which is rife with Christian symbolism, its funereal aura carrying over into the bleakly apocalyptic ‘A Voice from the Chorus’, in which Hvorostovsky projected powerfully over Ilya’s crashing chords and then died down to a near-whisper in the final bars. The lyrical ‘I am Nailed to a Tavern Counter’ is the simplest song in the cycle. Hvorostovsky took the opportunity to show off the sheer beauty of his voice. Gentle major-key harmonies in ‘The Breeze Has Brought from Far Away’ led to the ‘Petersburg Song’, with Ilya’s swirling introduction and interludes setting a fast-paced waltz tempo as Hvorostovsky sang of loneliness and despair in the face of impending death, but also with hope for the future, again evoking the image of the white-clad Beloved. The final two songs were sung with great depth of emotion. ‘Those Born in Obscure Years’ returned to apocalyptic visions, but was directly followed by the more-optimistic ‘The Virgin in the City’, in which the Beloved is leading her gentle boy into the city, with its symbols of the Virgin Mary and the Christ child. Hvorostovsky was particularly touching in the song’s final line as he sang of the boy’s smiling at his mother.

The impact of this gripping cycle was diminished by applause and cheers between songs despite an explicit request that the audience should refrain from such interruptions. Hvorostovsy always attracts a large Russian-speaking following, so the announcement should also have been given in that language.

Hvorostovsky offered four encores, introducing them as “the third part of this concert”. After collaborating with Ilya in Rachmaninov’s ‘In the Silence of the Secret Night’, and ‘Passione’ by Ernesto Tagliaferri and Nicola Valente, he offered unaccompanied renditions of two traditional Russian songs, ‘Little Night’ and ‘Goodbye, Happiness’, each ending in a spellbinding murmur.