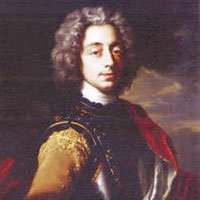 This concert (there should have been a second, but this was cancelled) was different to that advertised and marked the final stage of “Dutch Cornucopia”, a mini-festival in celebration of Dutch music. Three small-scale concerts have been held at The Warehouse, whereas this diversion to Cadogan Hall presented orchestral works. Before the concert, H. E. Pim Waldeck (the Dutch Ambassador to the Court of St James) gave thanks to the performers for this all-too-rare outing for this music, lamenting that the Royal Concertgebouw Orchestra rarely performs the music of its homeland.

The First of Unico van Wassenaer’s 6 Concerti Armonici is a curious affair. For many years it was mistakenly attributed to the Italian Pergolesi. One reason, perhaps, was that Wassenaer felt some modesty and reticence in putting his own name to it. What is noticeable in this music is the warmth and classical texture, surprising for such early music (1725-1740). Intermixed with frequent solo violin passages are jolly episodes. The singular bass was able to produce great quality of sound.

The Piano Concerto of Robin de Raaff was premiered at the Tanglewood Festival of Contemporary Music in 2001. Five movements in total, with the first three played as one, seemed rather pretentious from the description in the programme. Apparently, the first and third movements should last “exactly” five minutes and the second two-and-a-half: they did not, by quite a margin. There was a lot of work for the two percussionists. From the piano there was the usual ‘sound’ but no ‘tone’ that one might associate with contemporary compositions. However, this is, undoubtedly, a rich soundworld but one got the feeling that the desolation that was sought in the fourth movement was out of reach on this occasion, with more daring needed.

Mary’s suffering at Christ’s death is explored in the five songs (words by Henri Gheon) set to music by Hendrik Andriessen. The accompaniment is mainly chords, allowing the voice to reign and hold the attention, which it did. Hanneke de Wit’s wonderfully pure and unaffected voice easily captured the moment of each song. The fourth (‘Portement de Croix’), with its weeping strings, recalled the final movement of Mahler’s Ninth Symphony. By the end (‘Crucifixion’), there was plenty of exultant singing, full of passion that reached deep into the heart. 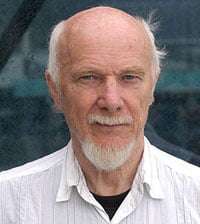 What a curious concerto Theo Loevendie’s is, given that the solo part is improvised. Having the composer as soloist is useful so as to hear his insights as to how the piece should be played, but one really needs to hear it again to appreciate how the music could sound different with another soloist or on another occasion. The world premiere was given on an electric guitar! In parts the music sounded like a military march, and elsewhere there were lush tones, but the opening, which was an explosion of subdued notes from the orchestra, was sublime. The soloist’s part did not seem to be improvised, which is great mark of skill on the part of the improviser-composer.

The other two pieces heard, sandwiching The 5 Drives, were two poetic orchestral works. Henk Badings’s Largo en Allegro did what it said on the tin, though the lack of comfort in the Allegro was quite disturbing and melancholic, in contradiction to the vigorous opening. Alphons Diepenbrock’s output is predominantly vocal, and the Aristophanes-inspired overture heard here seemed to catch the London Festival Orchestra in more relaxed mood than for the rest of the concert.

Whether this concert allowed one to ‘discover’ Dutch music is not clear as nothing seemed to sound particularly ‘Dutch’. What is ‘Dutch’ anyway? Nonetheless, knowing that there is something out there is good enough to whet the appetite and explore further.