A tale of two cities! Arriving back at my Edinburgh hotel after this auditory feast at the Festival Theatre I turned on the radio to be greeted with news of a sustained pro-Palestinian/anti-Israeli protest disrupting the evening’s Prom back in London, a concert in the Royal Albert Hall by the Israel Philharmonic. I mention this as the juxtaposition with the brief ceremony at the end of this performance of Richard Strauss’s monumental fantasy opera. As singers and conductor took their bows a lectern was brought on and Jonathan Mills, Director of the Edinburgh International Festival came on to remind the audience that Valery Gergiev’s first appearance with this company had been at the Kings Theatre in 1991 – he had been a great ambassador for music and the performing arts everywhere in the world ever since. Gergiev’s promotion of music, Russian and otherwise, orchestral and theatrical, was now so extensive that much that was unfamiliar twenty years ago was now international in its “ownership”. He then announced that Gergiev has become an honorary patron of the Festival. Gergiev responded with a speech that spoke out for music as a means of healing divides and bringing people together, particularly the young, whatever their ideological, political or religious persuasions, and not used as a platform to foment discord.

The performance had demonstrated such sentiments in abundance. Die Frau ohne Schatten, whilst not the rarity that it once was, still only receives sporadic productions, partly owing to the huge forces that it requires and the huge demands it makes on the artists – both vocal and orchestral, vocal. The undoubted stars of the evening were the players of the Mariinsky Orchestra who unleashed waves and washes of thrilling, thunderous and translucent sound with untiring energy; intense and heartfelt, too. Strauss’s obvious identification with the character of Barak was immediately apparent from an orchestral perspective; his music is the most sympathetic and lyrical. The dissonant woodwind and percussive passages in the many interludes were exciting. Not all the spatial effects worked quite so well. The voices of the Apparition of the young man and the Guardian of the Temple were too recessed and lost clarity, though the chorus of watchmen had all the atmospherics needed. 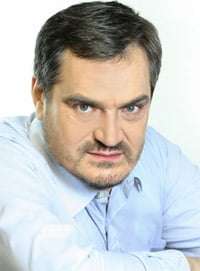 Vocally there was much to admire also. Edem Umerov had the warmth of tone and lyricism to make a strong Barak, particularly in his long flowing lines at “Mir anvertraut…”. His dramatic performance was understated and full of humanity, lacking perhaps only the essential geniality of the character. Olga Sergeyeva certainly had the measure of his emotionally complicated wife. Indeed, the complex love/hate relationship of this couple was painfully enacted. Sergeyeva has long been a stalwart soloist of the Mariinsky and at times her occasionally strident and threadbare tone seemed to be evidence of the toll taken on her once rich and dramatic voice, though she rose to the big climaxes at the end of Act Two well. Nonetheless this was a pretty elemental performance. 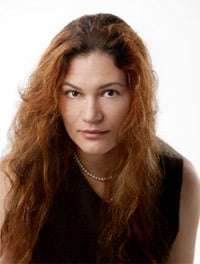 Mlada Khudoley was an increasingly engaging Empress, coming into her own in the dream sequence and then in her huge Act Three scene – this time performed with the spoken melodrama that is often cut. She made much sense of that, and her rich yet penetrating soprano was heard to best advantage. Odd that she should be denied the final curtain call though – Strauss and Hofmannstahl were clear that she is the title character. In the thankless role of the Emperor Victor Lutsiuk was very much a ‘stand and deliver’ tenor, albeit one with some exciting high notes. Olga Savova perhaps lacked the penetrating top and the powerful lower register that the complex role of the Nurse demands, and dramatically the manipulative malevolence of this weird role eluded her, largely as she was too melodramatic. Mention should be made of Evgeny Ulanov’s Spirit Messenger – the only member of the cast whose every utterance was audible and who sounded as if German is a language is natural to him.

For Jonathan Kent’s production, here revived by Lloyd Wood, and Paul Brown’s designs there is much praise. The scenic transformations were handled well, facilitated by effective use of video and lighting projections onto gauze, although the image of circling falcons was overused, and I am not sure we needed the whirling dervish-like attendants on the Emperor, and there were too many maidens popping out of the scenery. I liked the additional contrast and separation that the contemporary earthly setting with washing machines and battered van lent. That said, when the Dyer’s wife is tempted by materialistic things surely her aspirations might have included some really avant-garde modern fashion? The staging’s final image of the principal couples, now in understanding fertile relationships, bringing life to an enlightened (?) humanity was strong. Critical opinion on the greatness of this work remains divided, but experience of a good live performance can easily brush reservations aside.