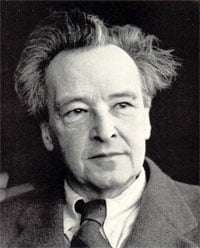 Given its comparative rarity these days, it is surprising to note that during the 1920s, the decade of its composition, “Le Roi David” enjoyed the distinction of being the only work by a young continental composer (Honegger was born in 1892) apart from Kodály’s “Psalmus Hungaricus” to find favour in England. Its first English performance – in its stage version – was given in Cambridge in 1923 and in 1928 it was performed at the Three Choirs Festival (held that year in Gloucester). Its success seems to have been instrumental in encouraging Walton to try his hand at a Biblical Oratorio, “Belshazzar’s Feast”.

Honegger’s work had its genesis in a commission in 1921 from the Swiss playwright René Morax for music for his play based on the life of King David. He wanted this at short notice for a production in a theatre that he had established in the small Swiss village of Mézières. Stravinsky and Ansermet were consulted and they suggested Honegger, then more or less unknown. Eager for work and – in his own words – to become “a Biblical Musician”, Honegger accepted and composed the work at high speed over two months (most of March and April) just in time for its première on 11 June. Originally scored for a chamber ensemble, Honegger subsequently re-arranged it as a concert work for full orchestra.

Coming so soon after one of this year’s Festival highlights (the three-night LSO/Gergiev Prokofiev spectacular) one feared that that the Honegger concert might have been a critical succès d’estime but have attracted only a small audience. One need not have worried for the Usher Hall was at least two-thirds full, despite the cancellation of one of the lead singers, Angela Denoke. Stéphane Denève is clearly building a strong local following loyally prepared to go along with him, even in unfamiliar repertoire. 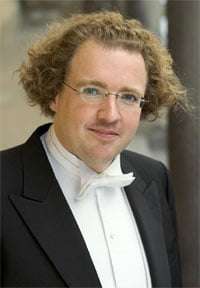 Hybrid musical works featuring extensive spoken roles for a narrator, especially in a language other than the audience’s first one, are difficult to bring off. Over and above this, “Le Roi David” poses particular problems in integrating some 27 generally short sections with many of them either preceded by speech (or mixing speech and music) with purely musical numbers. Suffice it so say that these problems were triumphantly surmounted in this performance which was clearly a labour of love for all concerned, especially Denève who revealed himself as an inspirational choral conductor. Key to success was the role of the Narrator, Andrzej Seweryn, whose timing was impeccable and who maintained the pace in this rapid re-telling of the tale of David and Saul. The French actress, Sylvia Bergé, was also appropriately bloodcurdling as the Witch of Endor.

Although Honegger described “Le Roi David” as a ‘Symphonic Psalm’, in some respects it is more akin to those Biblical Epics of the 1950s than to a conventional oratorio. Originally written for a comparatively unsophisticated audience, the music underlines each passing moment and emotion – multiple fanfares, military marches, sometimes saccharine feeling (as in ‘Lamentations of Gilboa’) – painting for the most part in the broadest brush strokes, and yet at moments requiring individual vignettes to be touched in with real finesse.

Denève has now raised the RSNO’s playing to a quite remarkable degree and its musicians consistently produced a sophistication in the woodwind and brass sections that would have been unthinkable in my Edinburgh youth, especially notable being the confident and stylish contributions of the excellent oboe, flute and horn principals. As a body, too, the orchestra scarcely put a foot wrong in a long and often highly exposed score.

The Edinburgh Festival Chorus – just short of 150 strong – whilst not yet quite back to its glory days with Arthur Oldham are now a thoroughly impressive body, responsive and – where necessary – powerful. The choral singers’ final ‘Alleluias’ resounded mightily, and at moments towards the close, underpinned by the imposing Usher Hall organ, we might even have been listening to the culmination of Mahler’s Eighth Symphony. Earlier the choral basses were especially sonorous in their ‘Song of the Prophets’ accompanied by tam-tam. The three main vocal soloists, led by Geraldine McGreevy (standing in for Denoke), were a well-matched trio, not the most starry voices but more than adequate given the modest nature of their musical roles (other than the threnody of ‘Lamentations of Gilboa’, led by soprano and mezzo-soprano, there are few extended solos).

Given the scale of the forces involved (just under 250 performers) as well as the potential pitfalls of synchronising 27 short sections linked by narration, not only was the choice of work audacious but its cumulative impact was far stronger and more satisfying than one might have anticipated. A triumph for all concerned. Following Denève’s highly successful Roussel series for Naxos, it is to be hoped that he now turns his attention to Honegger’s symphonies and other orchestral music.