The first of the San Francisco Symphony’s two Edinburgh concerts brought us a Russian programme framed by several short items of Americana and ending with a superbly life-enhancing account of the overture to Bernstein’s “Candide” as a knockout encore.

The contrast with the Bavarian Radio Symphony Orchestra the previous evening was instructive. The popular perception of the technically armour-plated American orchestra versus Old-World European charm was effectively stood on its head, with San Francisco the less technically assured of the two but providing by far the more engaging musical experience.

Of the three short American works opening the concert the most interesting was the little-known Andante for Strings by Ruth Crawford Seeger. This is an arrangement of a movement from a string quartet written in 1931 which the programme-note writer, not prone to understatement, assures us is one of the great quartets last century. On the evidence of the Andante alone, in a compelling and intense performance of its arch-like structure, the complete work should be well worth exploring. Copland’s familiar Fanfare and John Adams’s invigorating but musically insubstantial Short Ride were delivered with panache. 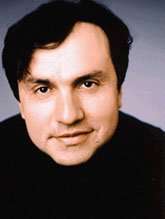 Yefim Bronfman’s searing account of Prokofiev’s Third Piano Concerto was a blinder and grabbed the attention from the very outset. Ushered in by the most svelte of introductions from the two clarinets, MTT’s accompaniment was right on the money stylistically. Although the San Francisco strings may lack the sumptuous quality of their glossier Bavarian counterparts (and the divisi cellos in the finale certainly needed to get their act together), there was a rare and welcome degree of musical unanimity between soloist and conductor. Sparks really flew in the outer movements and the central Variations drew a thoroughly characterful response from soloist and orchestra alike, their moments of glacial stillness particularly well-realised.

Better still was the Tchaikovsky, a work that MTT recorded with the Boston Symphony when he was 26, the same age as Tchaikovsky when he wrote the symphony. Conducting without a score, it was self-evident that the intervening years have done nothing to lessen the conductor’s love for the piece and he clearly knows its every nook and cranny. What was really outstanding was the certainty with which the music was paced: that elusive sense of when to hold back slightly and when to up the ante, the work’s climaxes were arrived at with unerring instinct.

The whole effect was clean and crisp but with plenty of body, with some exquisite wind playing, especially from the oboist in the long slow movement solo. Apart from a hint of a suggestion that the scherzo might have repaid a slightly less laid-back tempo, this was very near perfection, MTT and his orchestra playing this glorious music with all the freshness of first love.