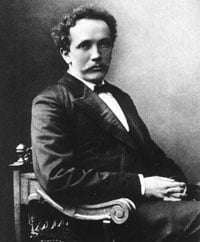 Normally one would be happy to settle for Mahler 7. Including the ‘Final Scene’ from “Salome” might be thought to be superfluous, but on this occasion the Strauss was the highlight. If this concert proved anything it was that for all his celebrity in Mahler, Michael Tilson Thomas seems on far safer ground with Strauss. (Having heard MTT conduct Mahler 2 in San Francisco, Mahler 9 in London and now Mahler 7, this is not an opinion arrived at lightly.)

Deborah Voigt, resplendent in a suitably revealing red gown, rode the opening orchestral tumult with which the ‘Closing Scene’ of “Salome” with ease – she is nothing if not a dramatic soprano – and she gave as good as she got. Especially difficult to bring off divorced from the rest of the opera, this was an exceptionally convincing portrayal of that queasy mixture of perverted lust mixed the innocence of a child who tears the wings off butterflies, as Salome exults in her victory over Jochanaan. Heard in the relative confines of the Usher Hall, Voigt’s combination of sheer vocal power and histrionic ability left one hankering to hear her in the role in the opera house. MTT controlled the massive forces with exceptional finesse, bringing power and precision and reminding one of Strauss’s ideal that his music should be interpreted with the same clarity as if it were by Mozart. 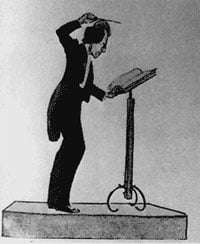 New brooms supposedly sweep clean. However the new broom at the Edinburgh Festival, Jonathan Mills, seems intent on demonstrating that anything done by the previous regime he can do better – a sub-standard “Capriccio” when the EIF had mounted a concert performance with a dream cast only two years ago. Similarly, at a recent Festival there was an outstanding Mahler 7 with the Cleveland Orchestra under Franz Welser-Möst. Could it be that the new regime is intent on dancing, Elektra-like, on the corpse of its predecessor? If so, it slipped up.

This was a reading of the Mahler that gave us the notes but very little more. MTT attacked the first movement swiftly with all guns blazing, leaving little space for those plateaux of stillness, and by its culmination there was nowhere left to go. From then on the performance began to fall apart, at least in terms of giving a coherent take on the remaining movements. Although adequately played, there was little feeling for the distinctive character of either of the two ‘Nachtmusik’ movements, both of which plodded, consistently too loud and manifesting little feeling for the music’s shadowy quality. Least satisfactory was the finale which failed to establish any underlying forward momentum, each successive episode emerging with seemingly little rhyme or reason from that which preceded it, giving the impression of an out-of-focus photograph.

The Seventh may be Mahler’s most phantasmagoric creation but there is surely more method to his madness than was on display here.